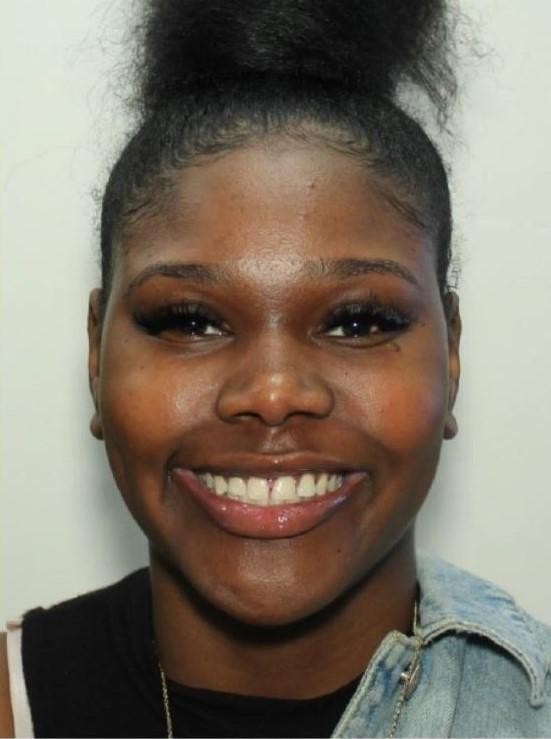 The body of Alexis Crawford, 21, was found at a park in DeKalb County, Atlanta Police Chief Erika Shields said at a news conference.

Investigators are securing arrest warrants for Crawford's friend and roommate, 21-year-old Jordyn Jones, and Jones' boyfriend, 21-year-old Barron Brantley, Sheilds said. One of the suspects led investigators to where Crawford's body was found, she told reporters.

Shields said a motive has not been clearly established but she noted that Crawford filed a police report on Oct. 27 describing "unwanted kissing and touching" by Brantley.

Crawford last spoke to her family on Oct. 30. She was reported missing Nov. 1.

"The case has come to one of the saddest conclusions possible and has been absolutely heartbreaking," Shields said. "To Alexis' family, our hearts go out to you. I am so truly sorry that we could not provide you with a better ending."

No details were released on a possible cause of death.

"Our deepest thoughts and prayers are with her family and with everyone who knew and loved Alexis," French said in the letter, posted on social media.

Grief counselors will be made available, French said.