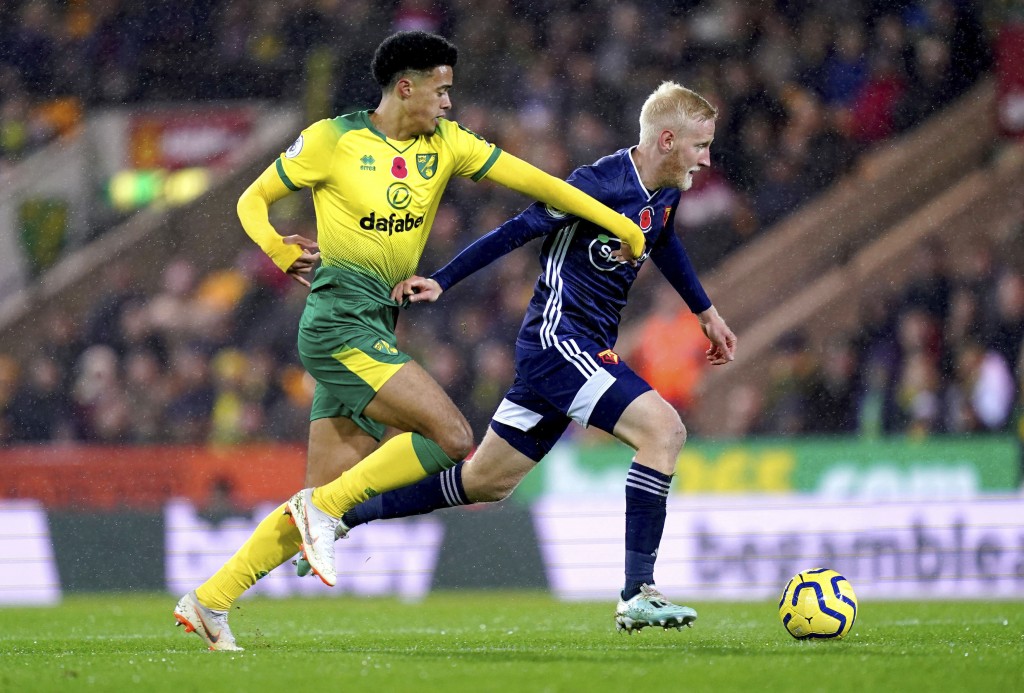 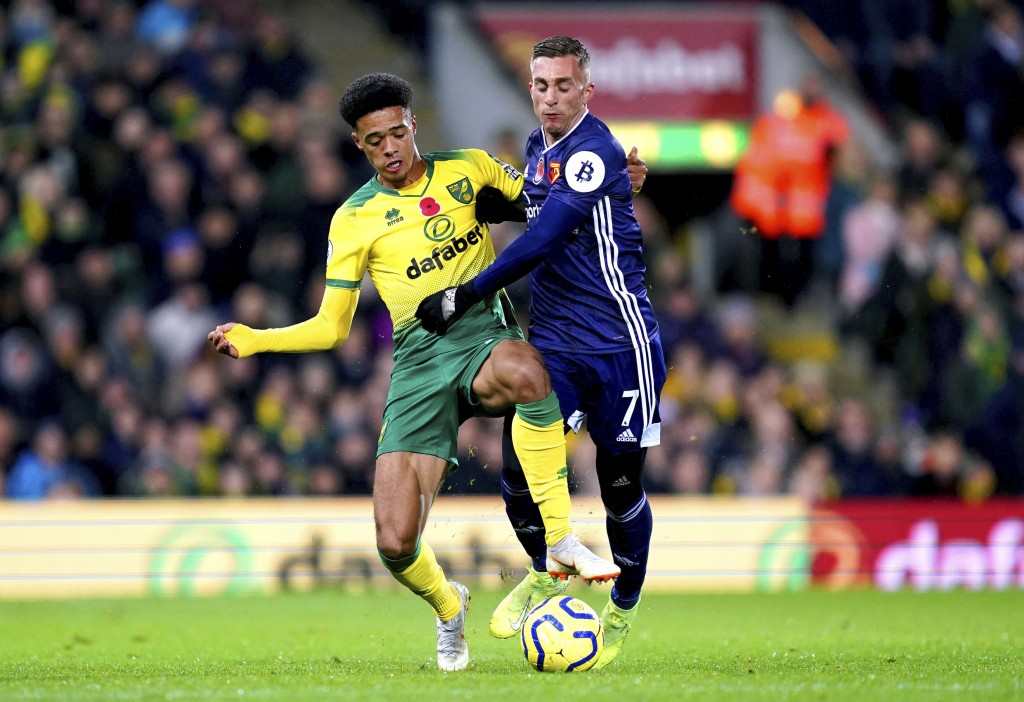 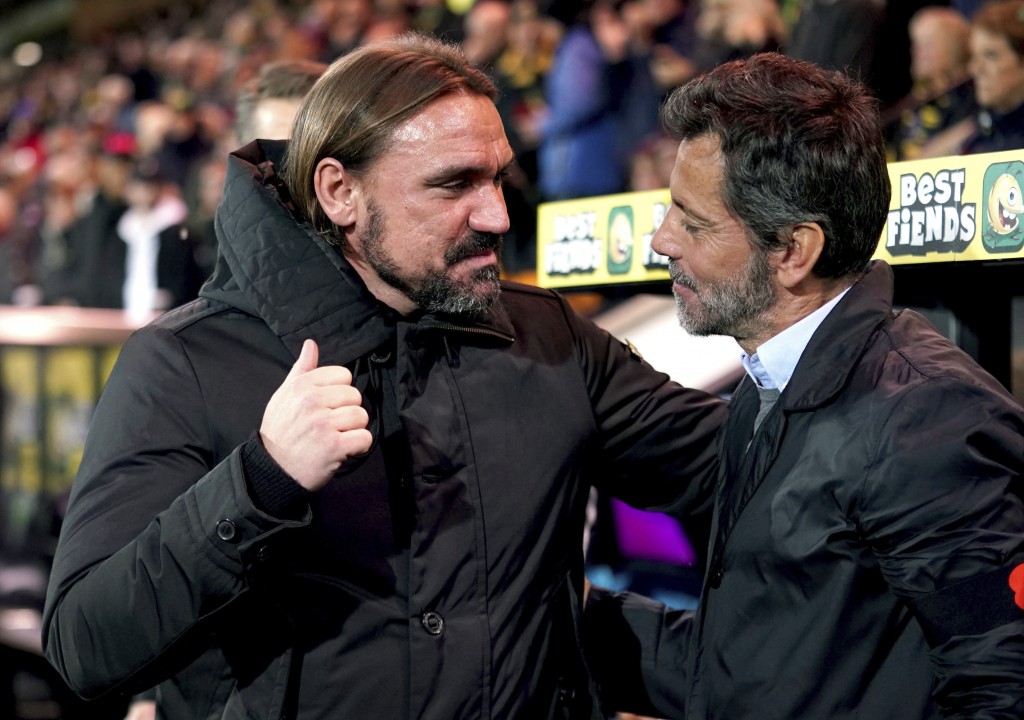 NORWICH, England (AP) — Watford has won its first Premier League game of the season, beating host Norwich 2-0 Friday to move off the bottom of the standings.

Watford took the lead in under two minutes at Carrow Road as Gerard Deulofeu won possession just inside the Norwich half and ran unchallenged into the area before finding the bottom corner with a low shot.

Norwich rarely threatened the visitors in the first half as Watford went into the break ahead.

Watford was 2-0 up six minutes into the second half when Will Hughes and Deulofeu worked an opening on the left. Deulofeu crossed and substitute Andre Gray added a fine touch with the outside of his right foot, the ball taking a deflection off a defender before it crossed the line.

Watford was reduced to 10 men with 25 minutes remaining when Christian Kabasele was shown a second yellow card for a foul on Josip Drmic.

Norwich could not make its extra-player advantage tell as Watford held on.

The win moved Watford up to 18th and Norwich replaced the Hornets at the bottom after its ninth defeat of the season.