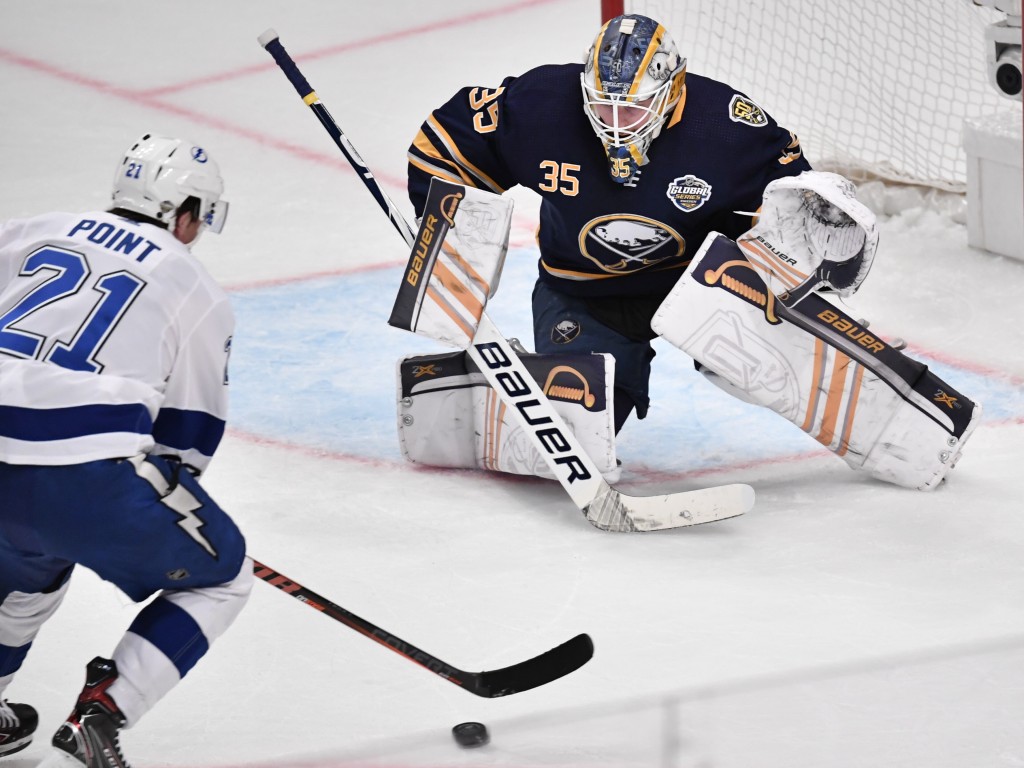 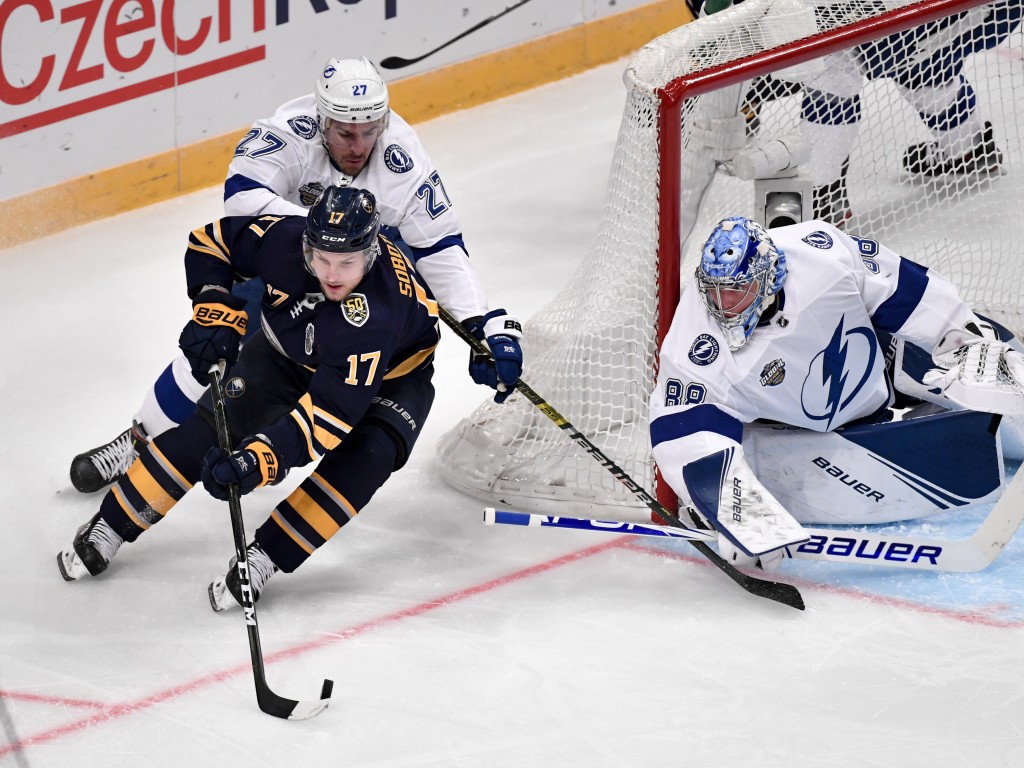 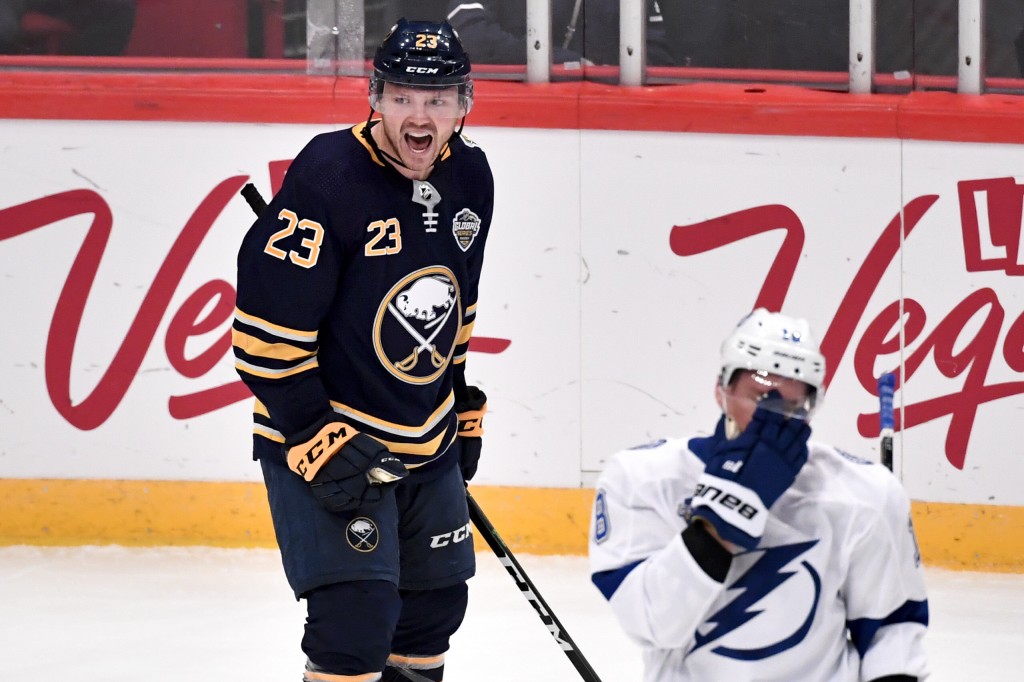 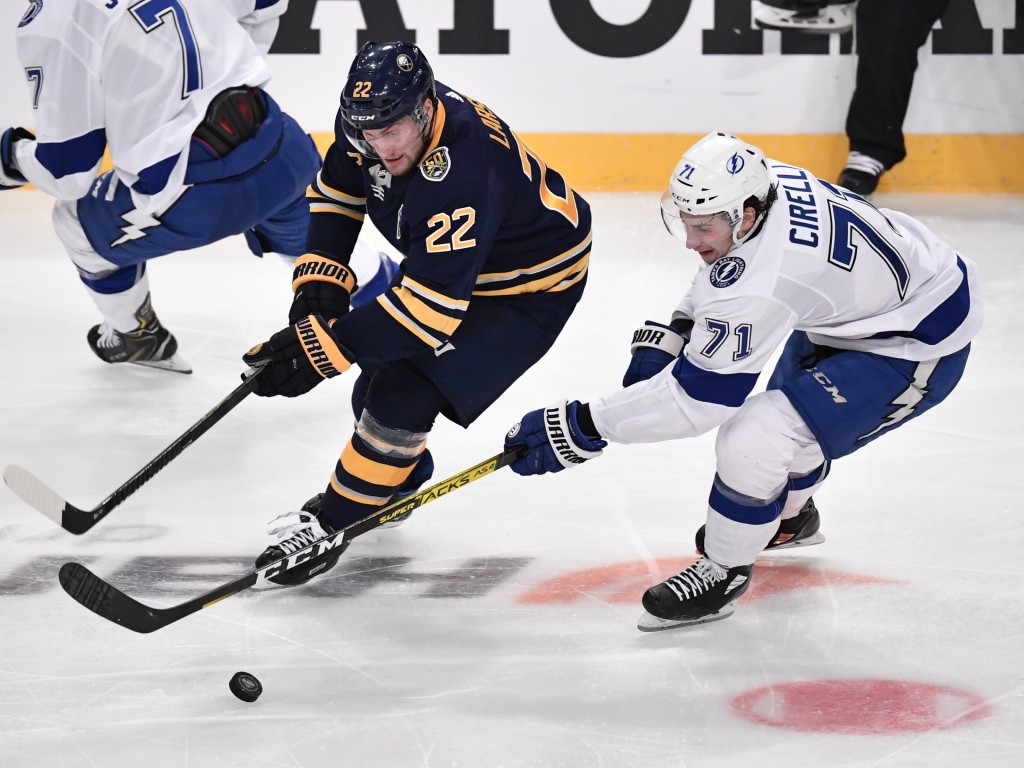 STOCKHOLM (AP) — Nikita Kucherov scored and Andrei Vasilevskiy made 20 saves to help the Tampa Bay Lightning beat the Buffalo Sabres 3-2 on Friday night in the first of their two regular-season games in the Swedish capital.

The sold-out games at Ericsson Globe are part of the NHL Global Series.

Alex Killorn and Yanni Gourde also scored for the Lightning.

Kucherov opened the scoring at 3:19 of the first period. Brayden Point sent a cross-ice pass that Kucherov swept in on a one-timer. The reigning NHL MVP has five goals this season.

Kucherov made his presence felt again later in the period when Buffalo forward Vladimir Sobotka needed assistance from his teammates to get off the ice after a hit from the Lightning star.

Killorn scored on a power play with 3:46 remaining in the period, tipping home favorite Victor Hedman's slap shot from the blue line past goalie Linus Ullmark. Hedman, the only Swede on the Tampa Bay team, recovered from a lower-body injury in time to play.

Reinhart cut it to 2-1 with 4:17 left in the second, redirecting Rasmus Ristolainen's wrist shot.

It's the third straight year — and eighth overall — the NHL has played in Europe to try to increase its local following in hockey-mad countries including Sweden, Finland and the Czech Republic. The Philadelphia Flyers beat the Chicago Blackhawks 4-3 in their season opener in Prague on Oct 4.

NOTES: It was the 27th NHL regular-season game in Europe, 12th in Sweden and 11th at Ericsson Globe. NHL Commissioner Gary Bettman said Friday the Boston Bruins and the Nashville Predators will open the regular season next year with a game in Prague, and the Colorado Avalanche and the Columbus Blue Jackets will play a couple of games in the Finnish capital of Helsinki. ... Vasilevskiy is 9-1-1 against the Sabres.

The Sabres and Lightning complete the two-game series in Stockholm on Saturday night.