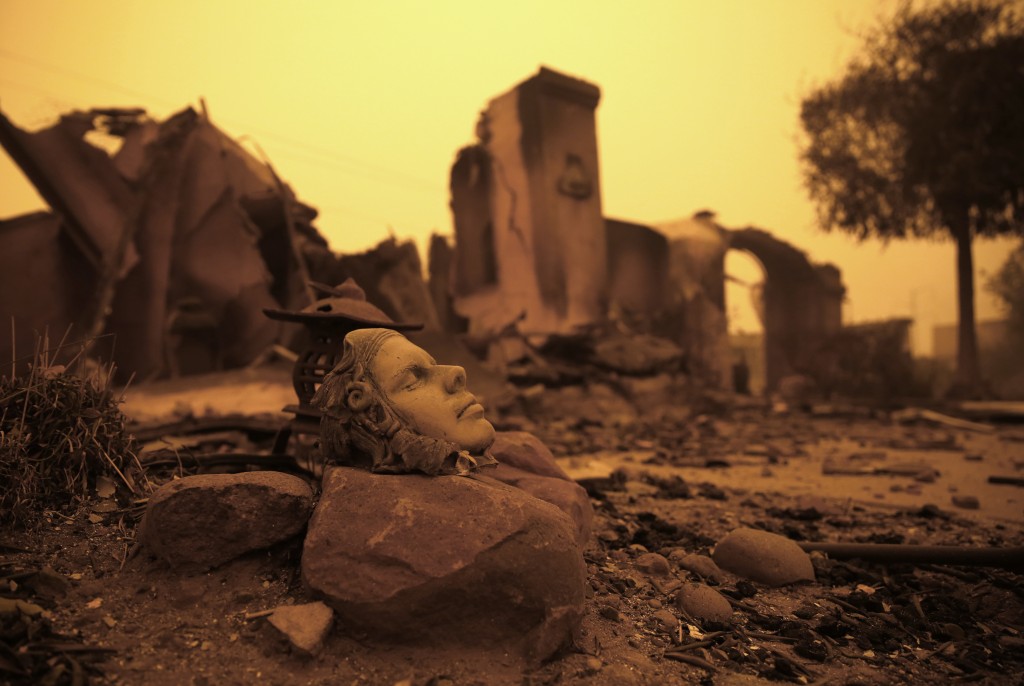 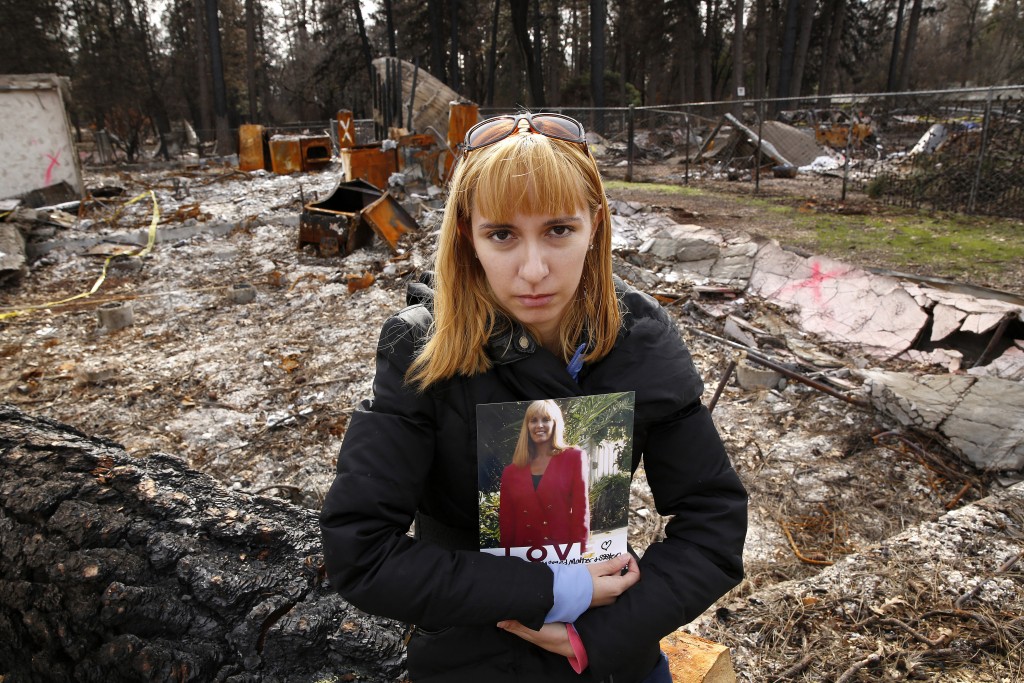 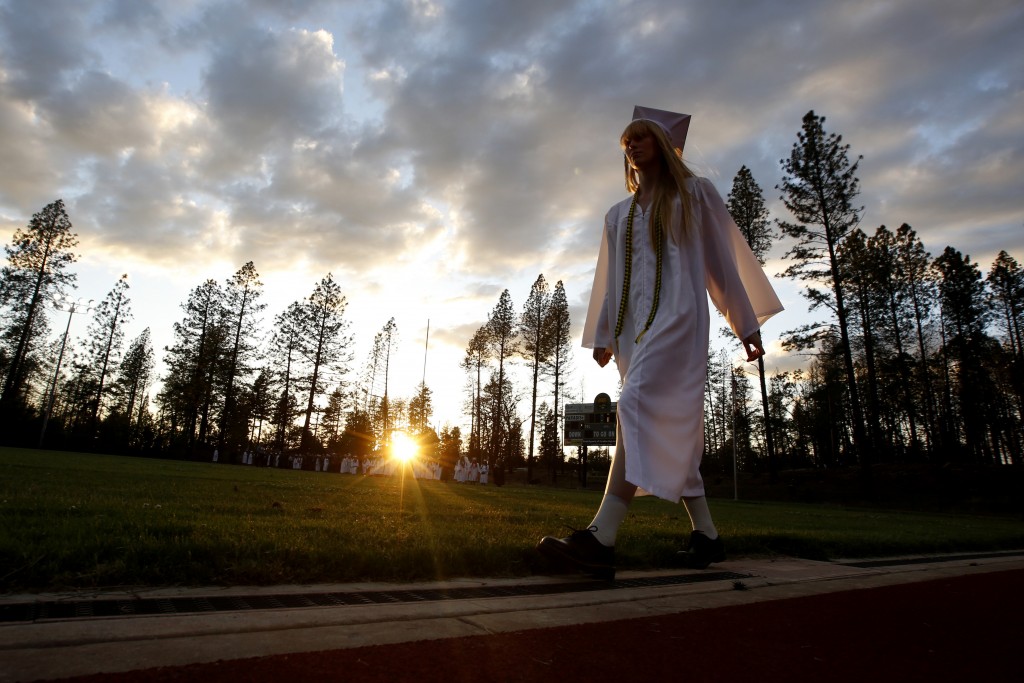 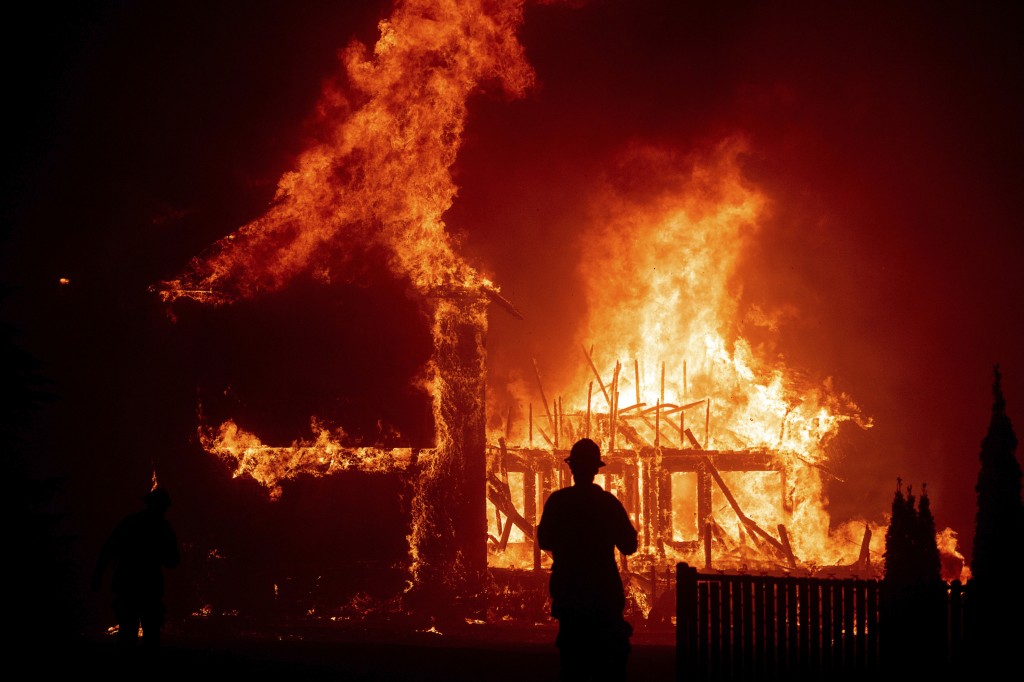 PARADISE, Calif. (AP) — The Latest on the anniversary of the wildfire that tore through the town of Paradise (all times local):

A Northern California town has paused for 85 seconds -- one for each person killed in a devastating wildfire one year ago.

Hundreds of people packed the parking lot of a former bank building on Friday to remember those who died in a wildfire in Nov. 8, 2018.

At 11:08 a.m., everyone paused for 85 seconds to remember the dead. People hugged each other. One woman held her hands in the air.

Paradise Town Councilman Michael Zuccolillo urged the crowd to have hope, noting the sounds of rebuilding have replaced the sounds of debris removal.

The fire destroyed roughly 19,000 structures. But in the year since, most of the debris has been removed and some rebuilding has begun.

A Northern California town mostly destroyed by a wildfire is commemorating the one-year anniversary of the blaze with 85 seconds of silence to honor the victims who were killed.

A wildfire on Nov. 8, 2018, destroyed roughly 19,000 buildings and killed 85 people in and around the town of Paradise. Friday, local officials are asking everyone to pause at 11:08 a.m. for 85 seconds to remember those who died.

The nearly minute-and-a-half of silence is one of several events planned for Friday. Other events include a community meal, a remembrance service at a local church and the unveiling of a statute of a phoenix sculpted from the keys of burned-down homes of Paradise residents.

Paradise Mayor Jody Jones said the community is hopeful for the future.