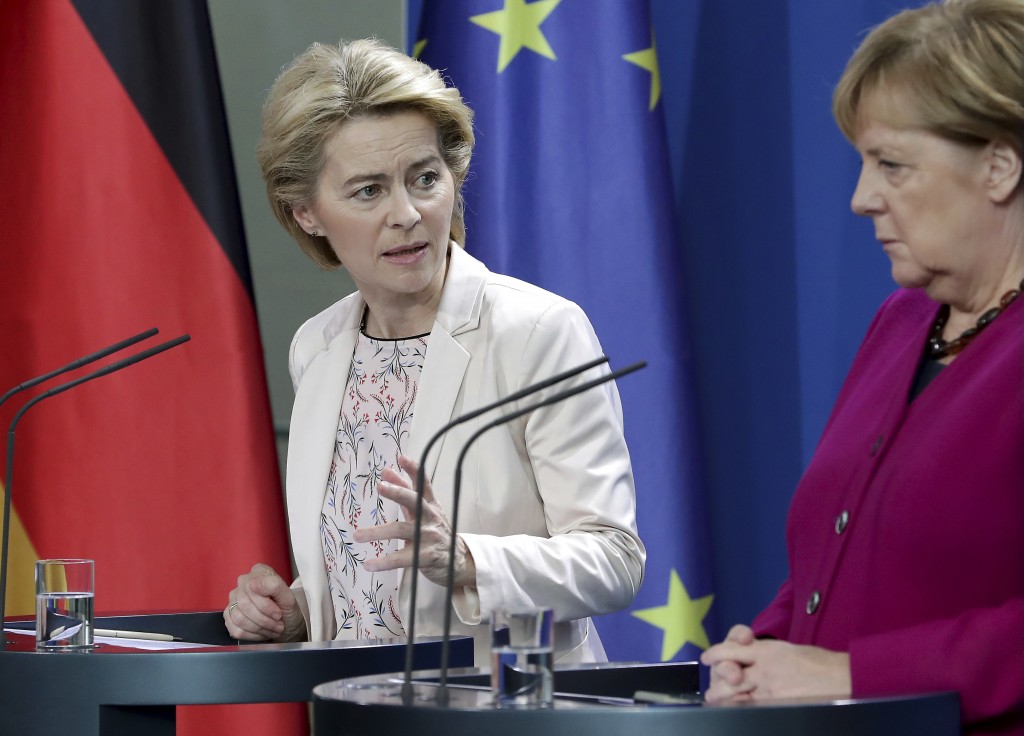 BERLIN (AP) — The president-elect of the European Union's executive Commission is defending NATO after French President Macron claimed that a lack of U.S. leadership is causing the military alliance's "brain death."

Ursula von der Leyen didn't explicitly address Macron's criticism in a speech Friday but said that, even though there has been "bumpiness" recently, "NATO has proven itself superbly as a protective shield of freedom."

Macron said the European members of NATO "should reassess the reality" of what the alliance is in light of the U.S. commitment.

Von der Leyen, who will succeed Jean-Claude Juncker in one of the EU's top jobs in the coming weeks, said that "NATO was and is always what its member states make of it — it is up to 29 countries to participate and change something."