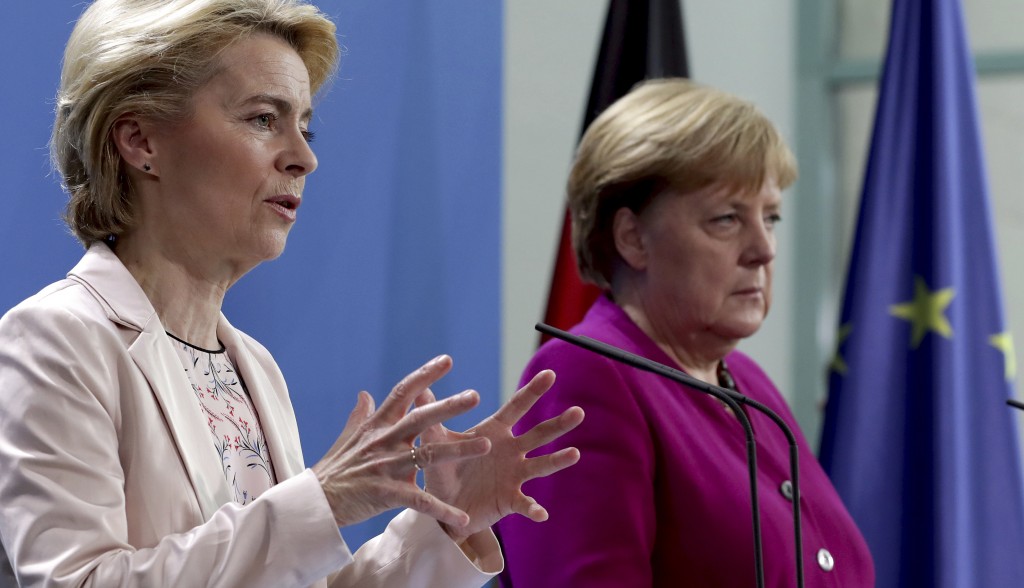 BERLIN (AP) — The incoming head of the European Union's executive branch is pressing for the bloc to open membership talks with North Macedonia and Albania after its leaders failed to agree last month on launching the negotiations.

Ursula von der Leyen said in Berlin Friday that the EU demanded a great deal from the two countries "and they fulfilled it all." She added: "Now we also must stand by our word and make membership talks possible."

French President Emmanuel Macron was the most vocal opponent of membership talks at last month's EU summit, arguing that enlargement procedures should first be improved.

Von der Leyen said that if Europe doesn't offer prospects to the western Balkans, "then others will push into this gap, be it China or Russia or Turkey or Saudi Arabia."