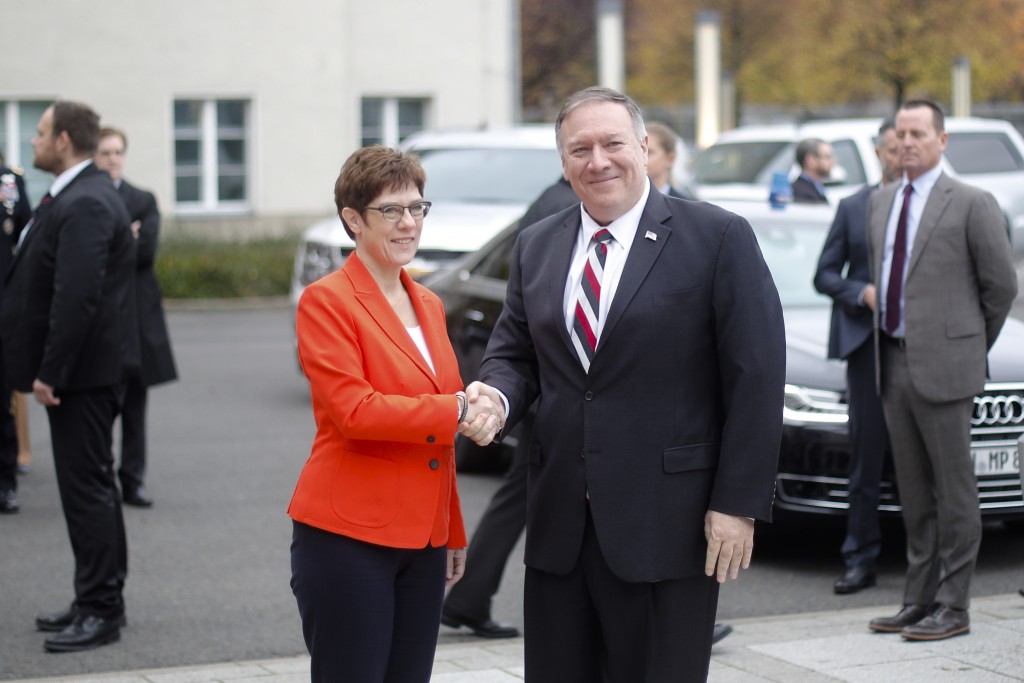 BERLIN (AP) — U.S. Secretary of State Mike Pompeo is stressing the need for allied democracies to work together, saying that the Trump administration's stances on NATO spending, Iran, Chinese technology and a new Russian-German pipeline are meant to defend hard-won freedoms.

Speaking in Berlin Friday during a visit marking the anniversary of the fall of the Berlin Wall, Pompeo said that, 30 years later, authoritarianism is once again rising.

Citing Russia's actions in Ukraine and China's crackdown on dissidents, he says "we must recognize that free nations are in a competition of values with unfree nations."

He says that's why the U.S. has opposed the Nord Stream 2 pipeline, raised pressure on Iran, warned of Chinese 5G network developments and urged NATO countries to increase spending.