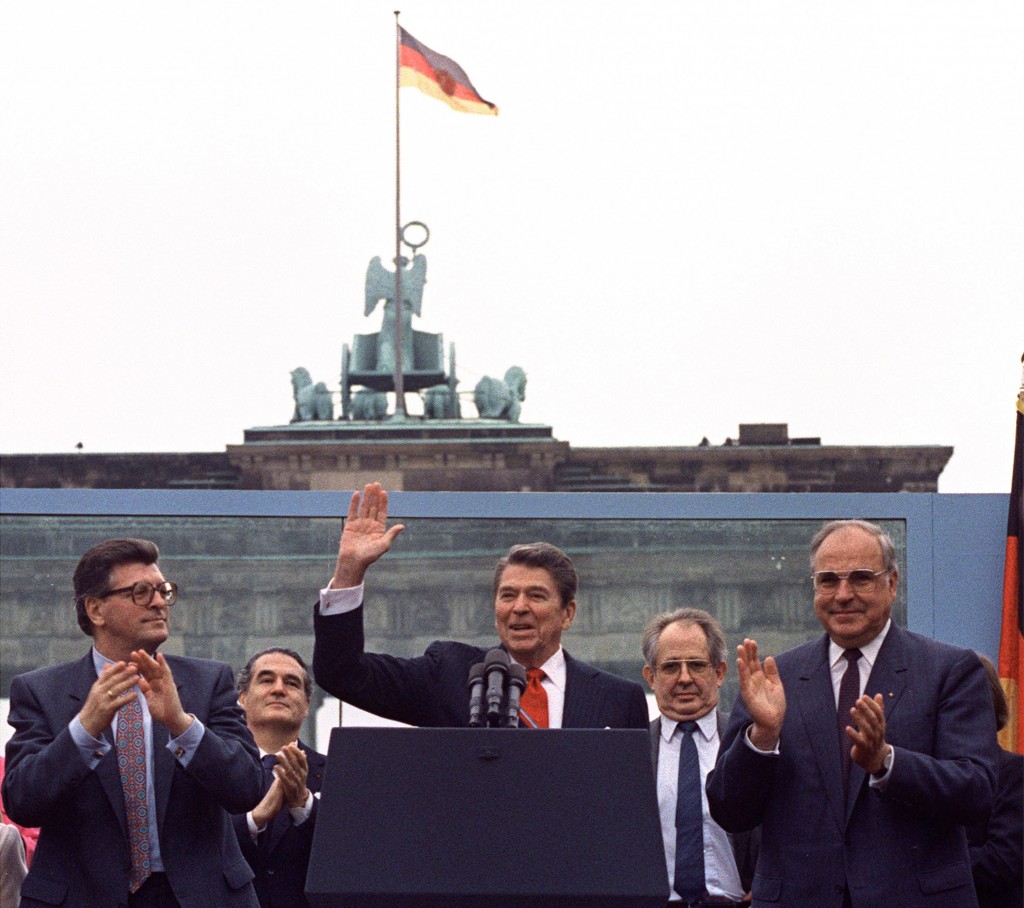 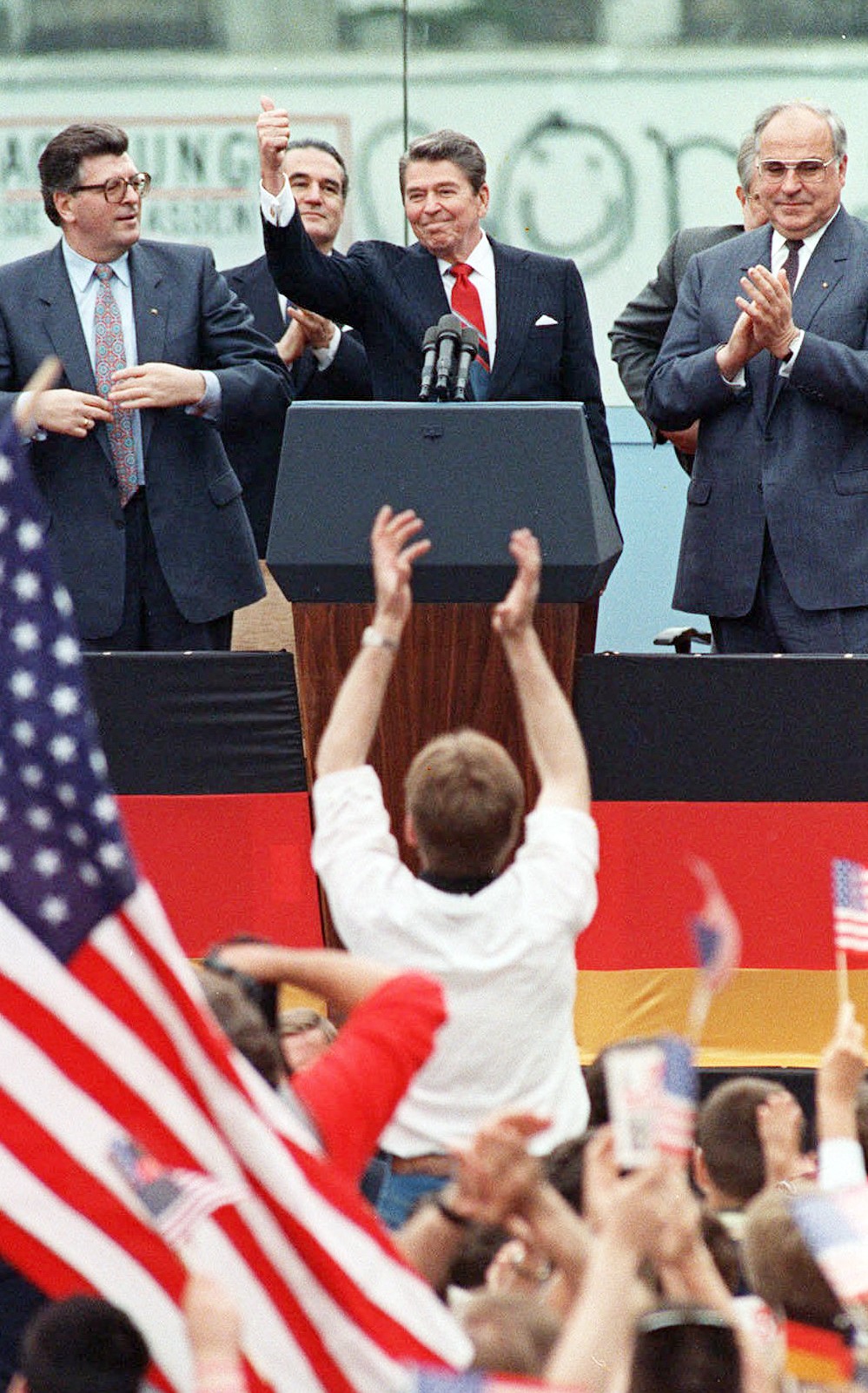 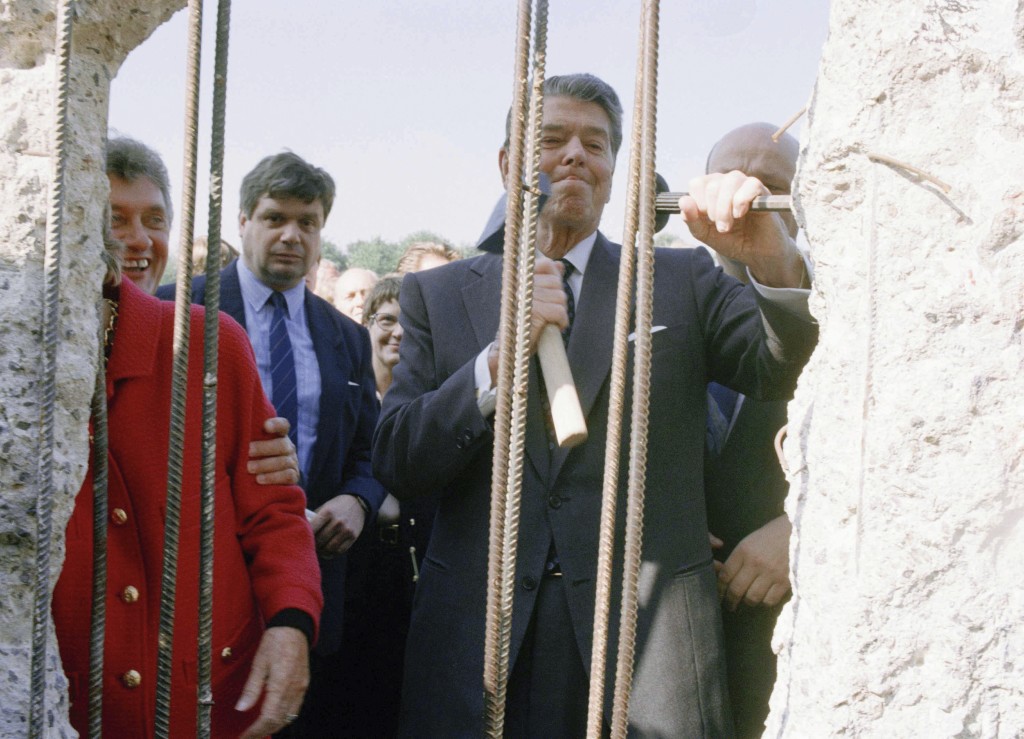 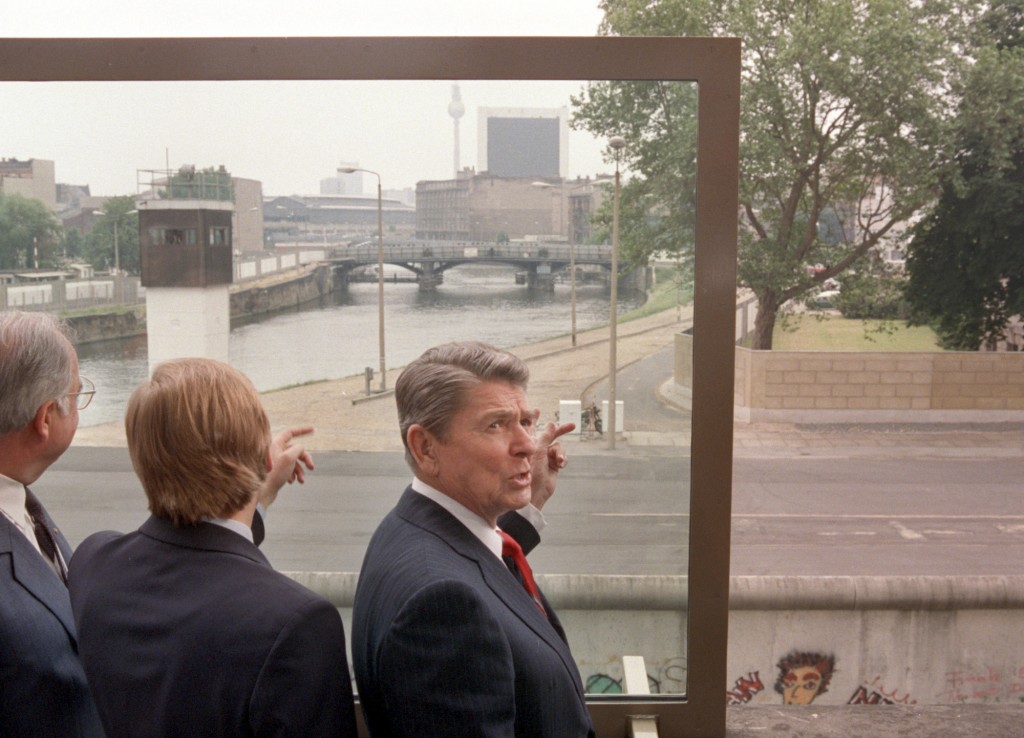 BERLIN (AP) — The U.S. Embassy in Berlin is unveiling a statue of Ronald Reagan, a tribute to the 30th anniversary of the fall of the Berlin Wall on a site overlooking the location of the former president's iconic speech imploring the Soviet Union to remove the barrier.

The larger-than-life statue is being installed Friday atop the embassy's terrace, at eye-level with the landmark Brandenburg Gate in downtown Berlin.

The gate, on the East German side of the Berlin Wall, was the backdrop for Reagan's 1987 speech when he challenged Soviet leader Mikhail Gorbachev to go further with the reforms he was instituting.