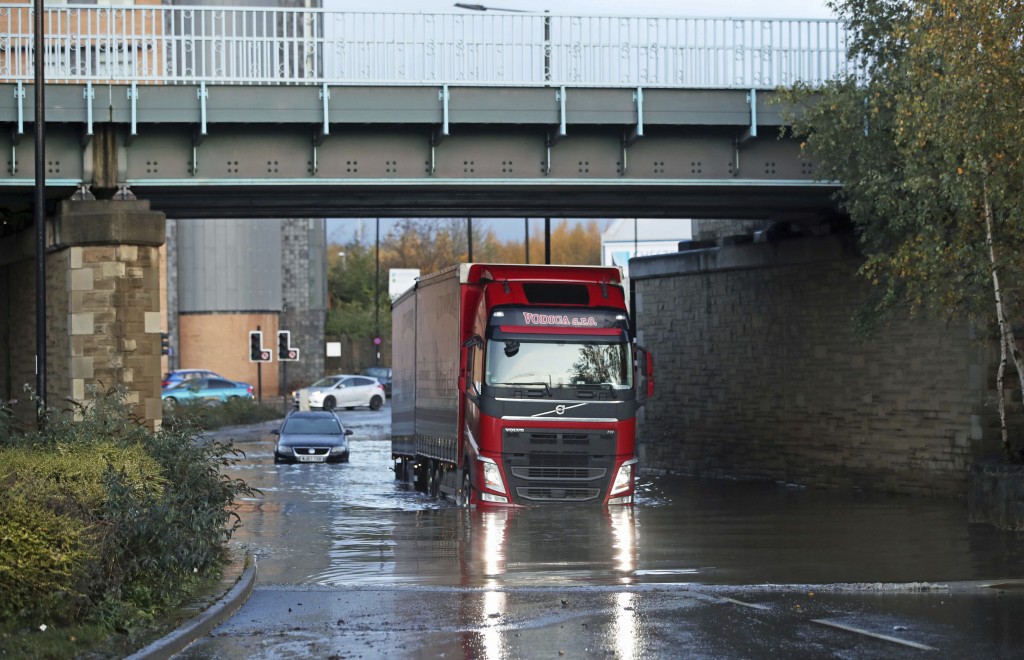 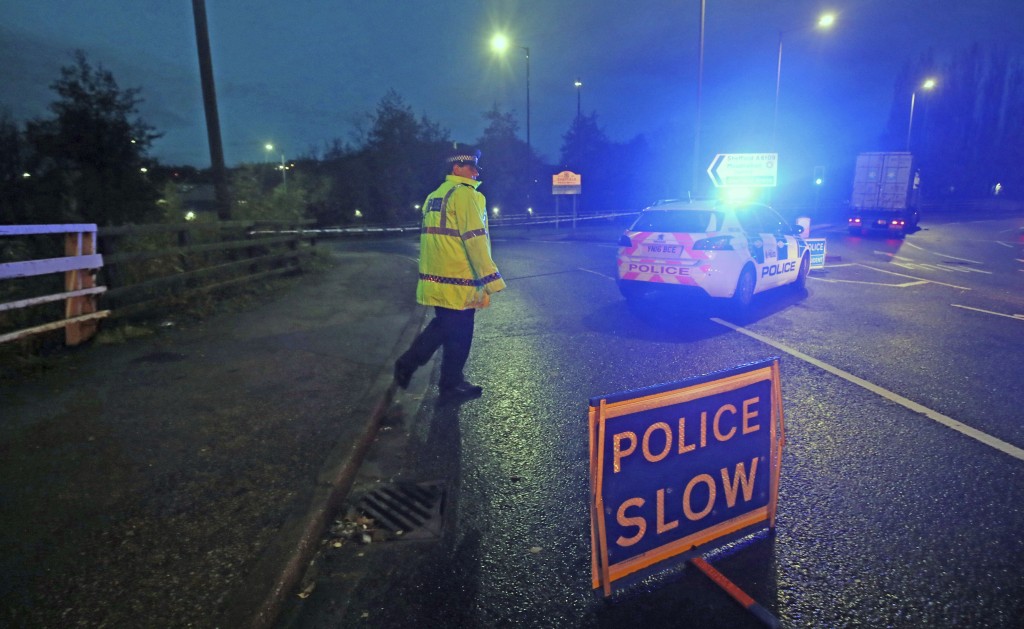 LONDON (AP) — Torrential rain has drenched parts of north and central England, forcing some to evacuate their homes and stranding a small group of people in a shopping center overnight.

Floods hit the city of Sheffield, where the River Don overflowed after 3.4 inches (85 mm) of rain fell on Thursday.

The Environment Agency says the highest rainfall was registered in Swineshaw, in the Peak District — 4.4 inches (112 mm) in the same period.

Met Office meteorologist Alex Burkill says "some places have seen a month's worth of rain in one day."

As of Friday, the agency says 117 flood warnings are in place, as well as five severe "danger to life" warnings near the River Don in Doncaster.

Some 30 people sought refuge in the Meadowhall shopping center in Sheffield overnight after weather conditions stranded shoppers who turned up to see Christmas lights switched on.