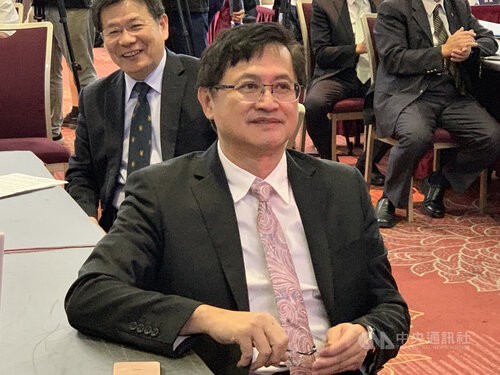 The strong third quarter earnings at Pegatron, an iPhone assembler, largely reflected better than expected sales of the latest Apple Inc iPhone 11 series, which went on global sale in September, they said.

The sharp gains posted by Pegatron also came after U.S. and Japanese brokerages raised their target prices on the stock, citing optimism over the rising popularity of the new iPhones, dealers said.

Soon after the local equity market opened, Pegatron shares attracted strong buying, and momentum continued for the rest of the session with investors impressed by the company's third quarter results announced at an investor conference held Thursday.

At the investor conference, Pegatron said its net profit for the third quarter rose 81.7 percent from a quarter earlier to NT$6.297 billion with earnings per share at NT$2.41. Third quarter net income also rose 122.5 percent from a year earlier.

Due to the stronger than expected shipments of iPhones and a decline in losses suffered by Pegatron's subsidiaries, the company said, its gross margin -- the difference between revenue and cost of goods sold -- in the third quarter rose to 3.8 percent, the highest since the second quarter of 2017.

The third quarter figure was higher than the 3.4 percent recorded in the second quarter, Pegatron said.

Pegatron said its operating profit margin -- the difference between sales, the cost of goods sold and operating expenses -- for the third quarter also rose from 1.0 percent in the second quarter to 1.8 percent.

In addition to earnings from its core business, Pegatron said it also benefited from non-core business, in particular equity market investments which posted an 85.3 percent sequential increase in the third quarter to NT$2.407 billion.

Pegatron CEO Liao Syh-jang (廖賜政) said at the investor conference that as the company maps out its global investment strategies it will take into account its clients' needs and is mulling the possibility of building production lines in Vietnam and Indonesia.

At present, Pegatron is rolling out internet communications devices in a plant located on Batam Island in Indonesia.

In May, the company announced it would invest NT$14.9 billion in Taiwan at a time when the government is offering incentives for Taiwanese firms to invest at home in a bid to avoid the impact of trade friction between the United States and China.

After the strong third quarter earnings, a U.S.-based brokerage has raised its target price on Pegatron shares from NT$45 to NT$72 and also upgraded a recommendation on the stock from "neutral" to "overweight."

The U.S. brokerage said it is also upbeat about Pegatron's operations for 2020, when Apple is expected to unveil the second generation iPhone SE model and gaming console brands are likely to introduce new gadgets to boost the Taiwanese supplier's shipments.

Meanwhile, a Japanese brokerage said Pegatron's efforts to adjust production capacity utilization to improve operations has gone well, adding that it has raised its target price on Pegatron shares from NT$58 to NT$75 and also upgraded a rating on the stock from "neutral" to "buy."