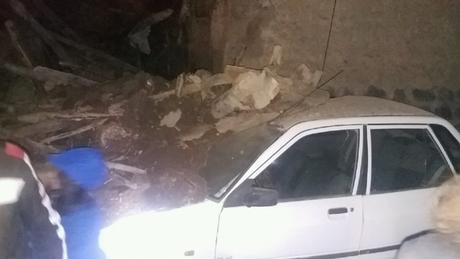 The temblor struck Tark county in Iran's Eastern Azerbaijan province at 2:17 am (2347 UTC), according to the country's seismological center.

The area is some 400 kilometers (250 miles) northwest of the capital, Tehran.

Over 40 aftershocks rattled the rural region nestled in the Alborz Mountains, prompting residents to flee their homes in fear.

Panic led to dozens of injuries

State TV said many of the injuries happened as people fled in panic.

The broadcaster cited officials as saying that more casualties were expected.

Several rescue teams have been sent to the region.

Read more: US places fresh sanctions on Iran while deferring others

The US Geological Survey said the quake's epicenter was at a depth of 10 kilometers (6.2 miles). Shallow earthquakes tend to cause more damage.

The European-Mediterranean Seismological Centre (EMSC) estimated that 20 million people in the area felt the tremor.

Iran is on major seismic faults and experiences one earthquake a day on average.

A magnitude 7 earthquake that struck western Iran in 2017 killed more than 600 people and injured more than 9,000.