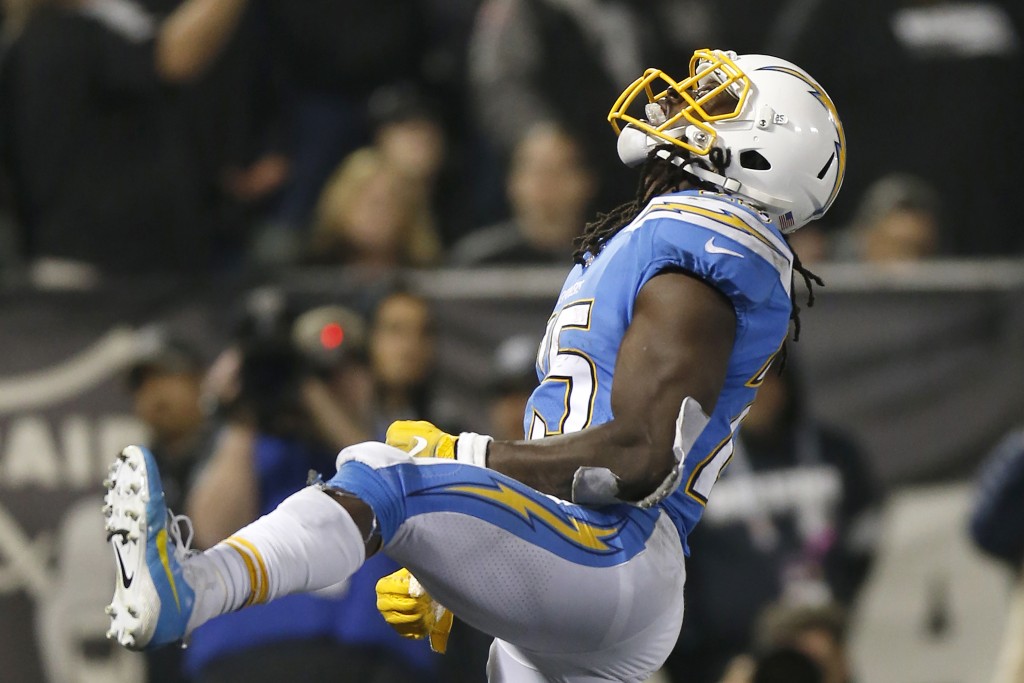 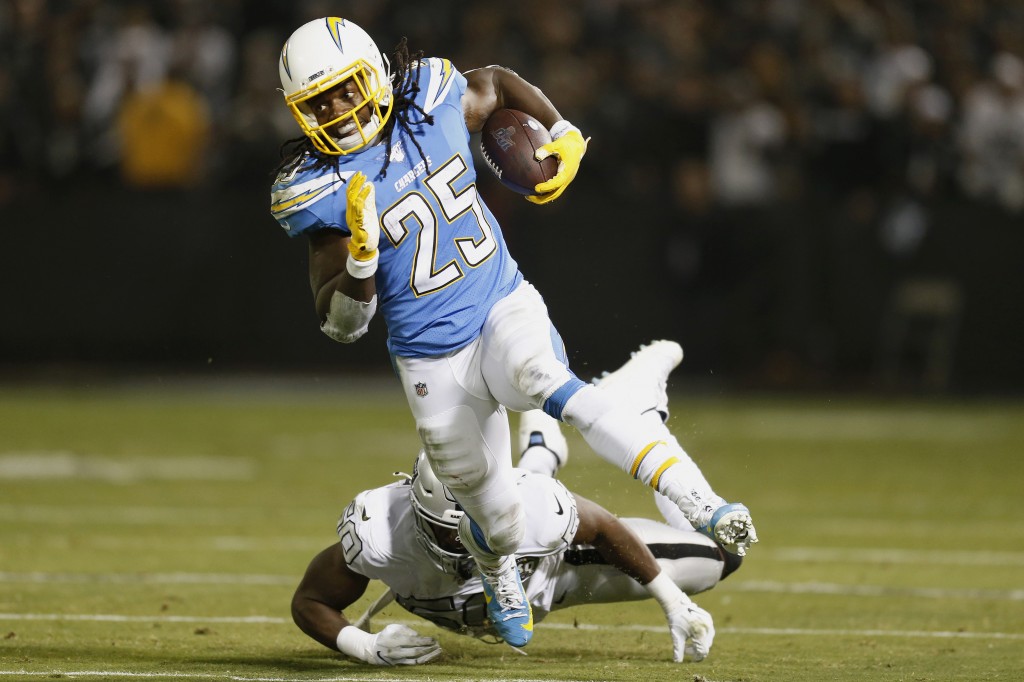 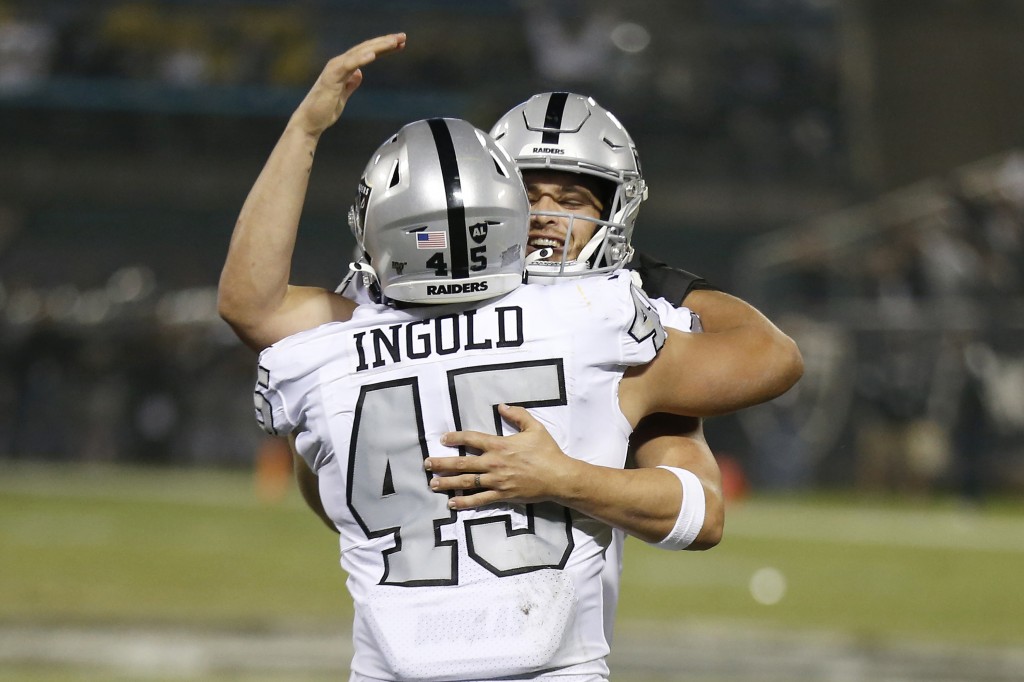 OAKLAND, Calif. (AP) — Josh Jacobs scored on an 18-yard run with 1:02 remaining and the Oakland Raiders had a late winning touchdown drive for the second time in five weeks, beating the Los Angeles Chargers 26-24 on Thursday night.

Derek Carr led the Raiders (5-4) down the field methodically 75 yards after Philip Rivers threw a 6-yard pass to Austin Ekeler that gave the Chargers (4-6) a 24-20 lead with 4:02 remaining.

Carr completed three passes to Jalen Richard and two to Hunter Renfrow before Jacobs finished the drive with his seventh touchdown of his rookie season.

The victory didn't come easy as Daniel Carlson missed the extra point, putting more pressure on the tired Raiders defense to stop Rivers. Trayvon Mullen was called for holding on a fourth-down pass to extend the drive, but Karl Joseph then intercepted a fourth-down pass from Rivers to seal it.

Joseph also had the game-sealing pass breakup Sunday against Detroit after Carr threw a TD pass to Renfrow in a 31-24 victory.

Rivers threw interceptions on his first two drives, falling into a 10-0 hole when Erik Harris took the second back 56 yards for a TD. But Rivers responded by throwing two TD passes, including the go-ahead score to Ekeler in his final start at the Coliseum.

The Raiders blew a chance to open up the game in the third quarter, settling for a field goal after driving to the 4 on the opening drive and then missing a 53-yard field goal in the next drive after DeAndre Washington got stuffed for no gain on third-and-1.

The Chargers settled for a field goal after getting inside the 10 later in the quarter.

Melvin Gordon had 22 carries for 108 yards and a TD that put the Chargers up 14-10 in the second quarter.

The Raiders responded with their first sustained drive of the game and took a 17-14 lead at the half on Carr's 9-yard pass to rookie fullback Alec Ingold with 20 seconds remaining in the second quarter.

Harris intercepted Rivers' passes on the first two drives of the game. He returned the first one 59 yards to the 31, setting up a field goal by Daniel Carlson. Harris then took the second one back 56 yards for a TD, giving the Raiders a 10-0 lead. Harris became the first Raiders player since Phillip Buchanon in 2003 to have two interceptions, including a pick-6 in a single game.

Chargers LT Russell Okung left in the first quarter with a groin injury and didn't return. ... Los Angeles DE Melvin Ingram went down with a shoulder injury in the closing seconds of the second quarter but returned for the second half.