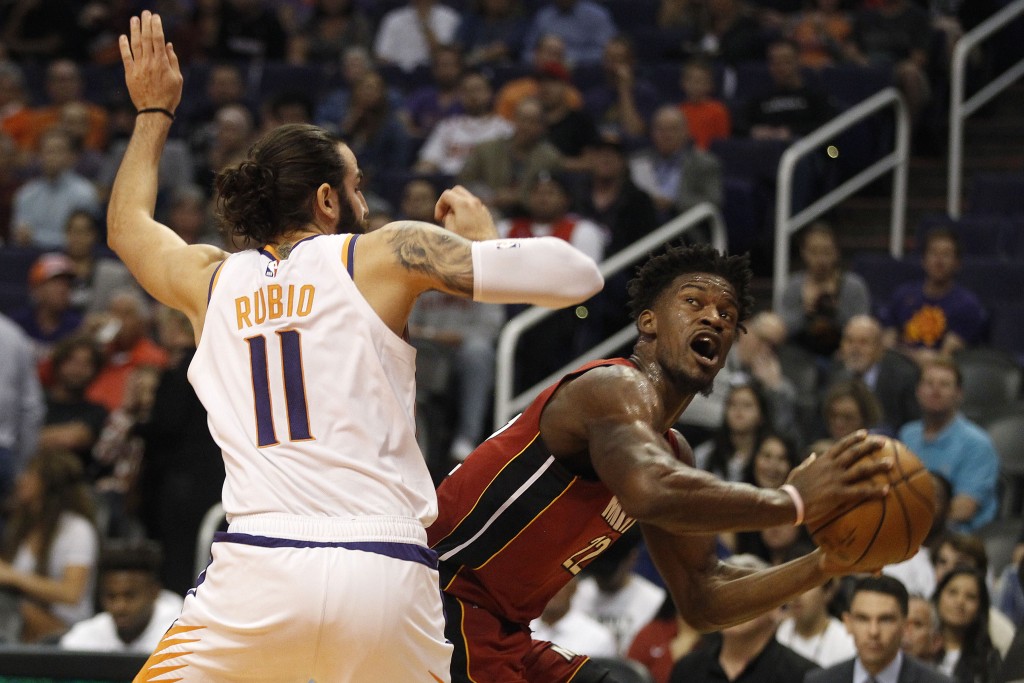 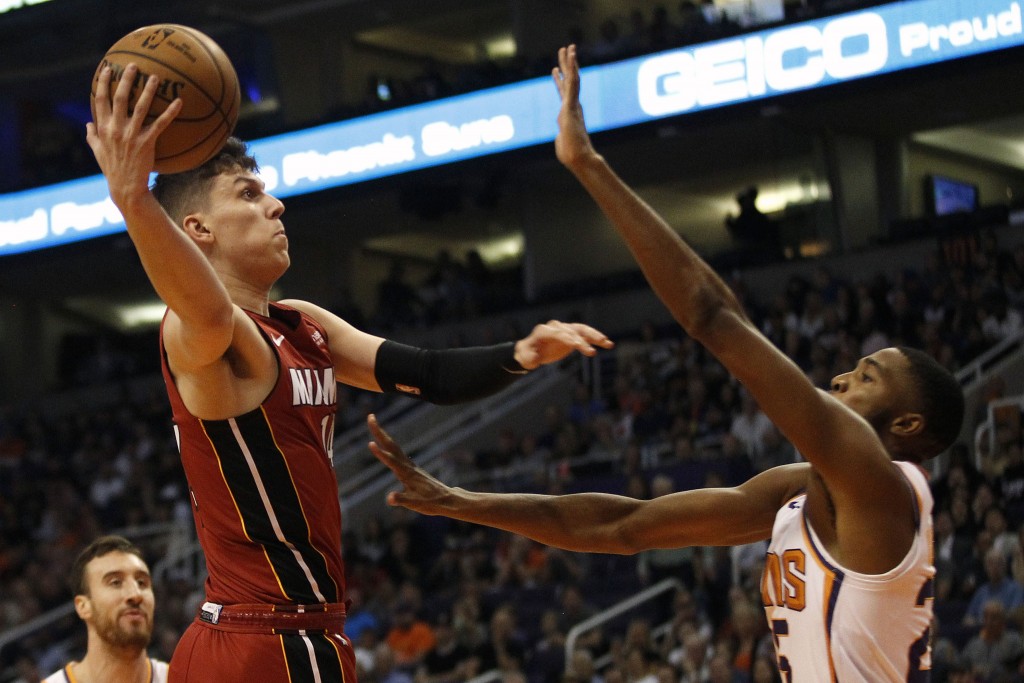 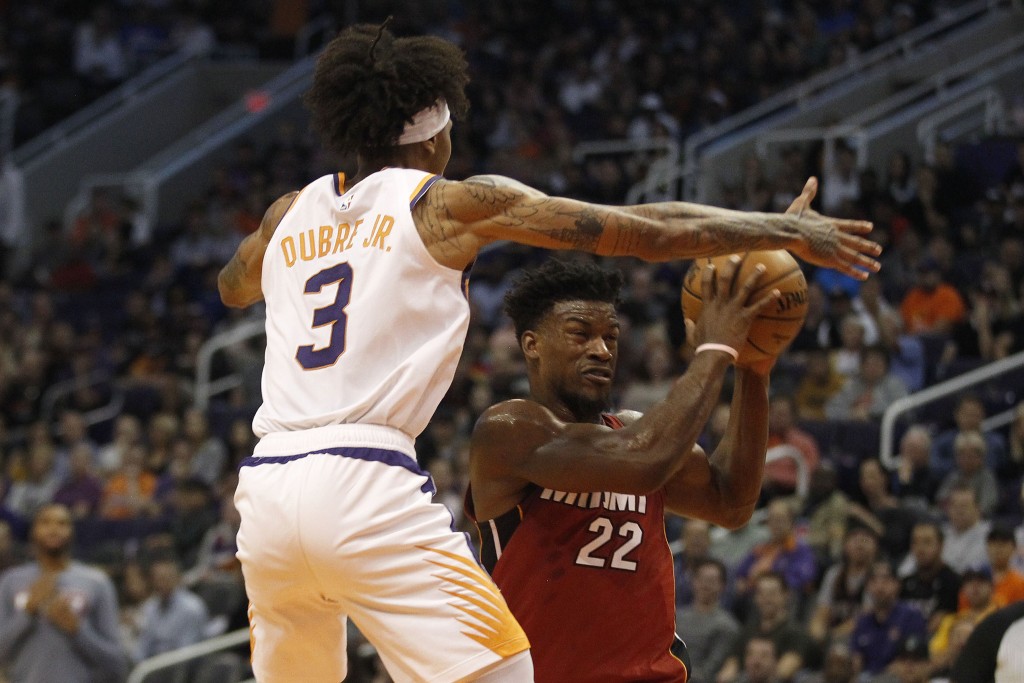 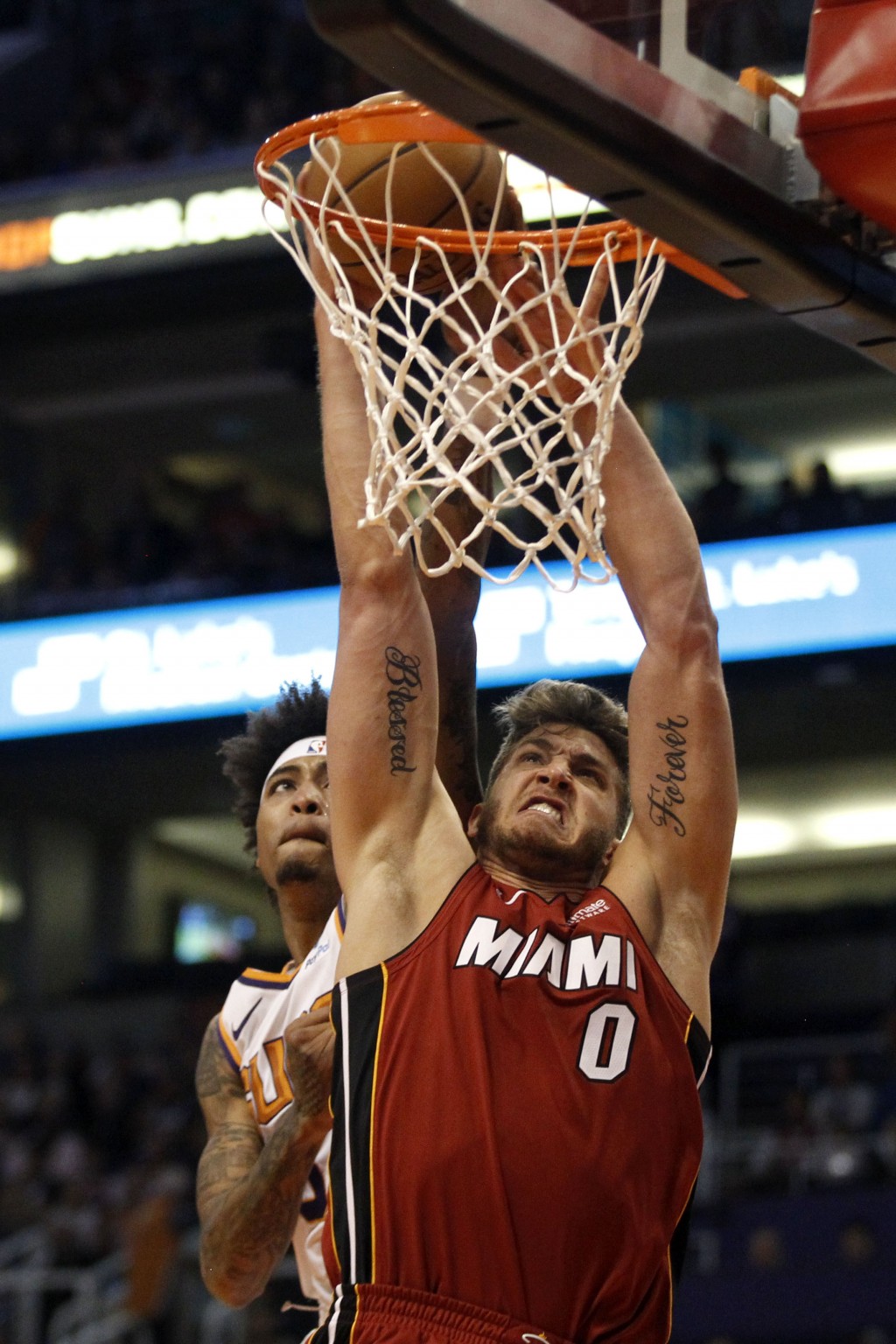 Miami bounced back from a 20-point loss to Denver on Tuesday and has won four of its past five games. The Heat improved to 6-2 for the first time since 2012 when they had LeBron James and eventually won the NBA title.

Dragic, who played six seasons in his 12-year career with the Suns, scored 20 of his 25 points in the second half, including a 3-pointer just before the buzzer at the end of the third quarter that put the Heat up 93-86.

Phoenix: Rookie guard Ty Jerome missed his eighth straight game with a sprained right ankle. ... The Suns came into the game ranked first in the league with assists on 67.4 percent of their field goals. They had 22 assists on 37 field goals against the Heat.

Miami: Starting guard Justise Winslow didn't play because of a headache. Udonis Haslem and Dion Waiters both missed the game with a stomachache. Derrick Jones Jr. played nine minutes in the first half but didn't return in the second half with a left hip strain. ... Butler shot 9 of 10 from the field in the first half, including 2 of 2 from 3-point range. He was also 10 of 10 on free throws.