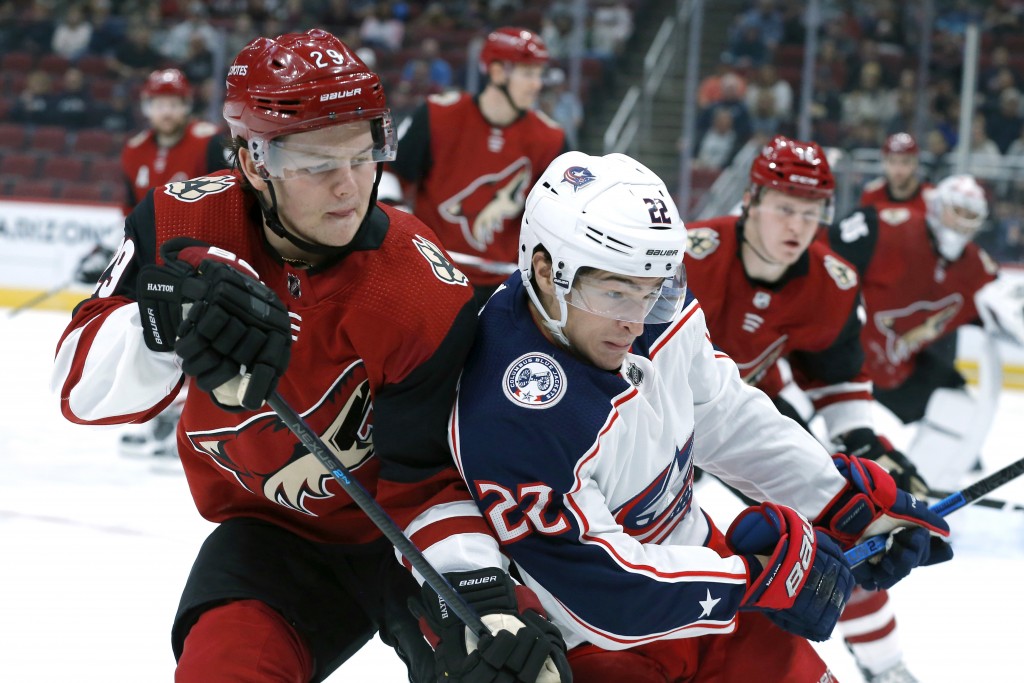 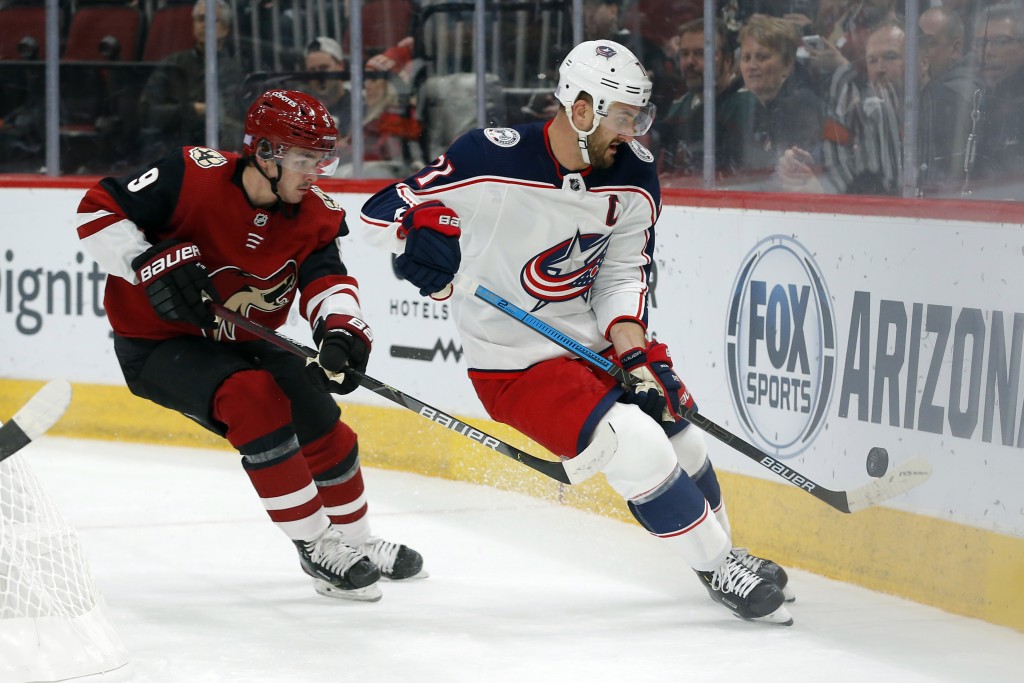 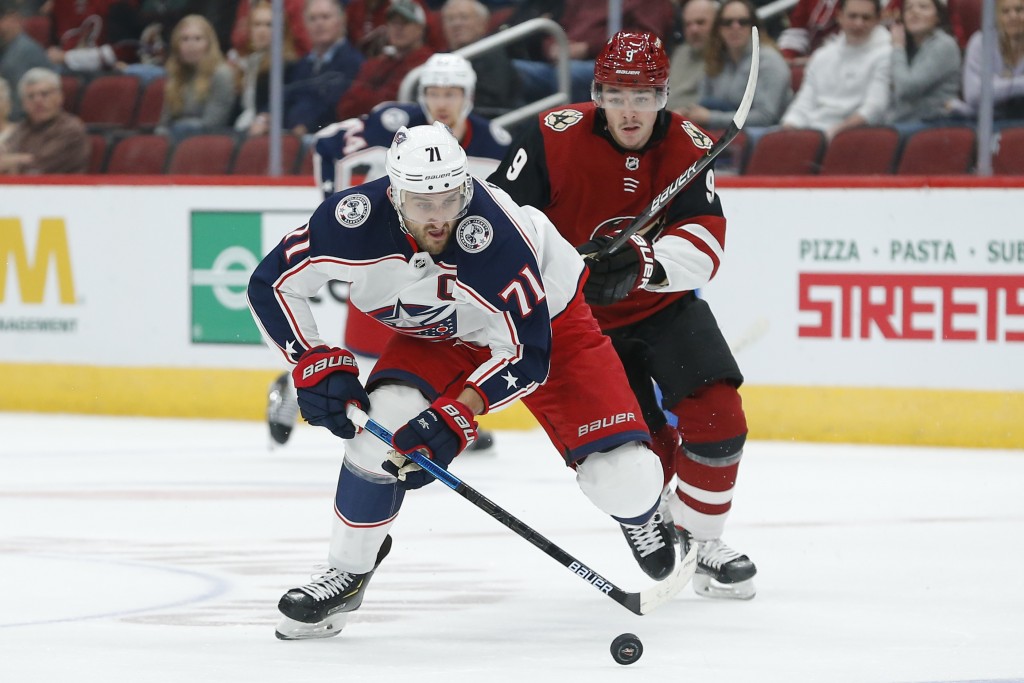 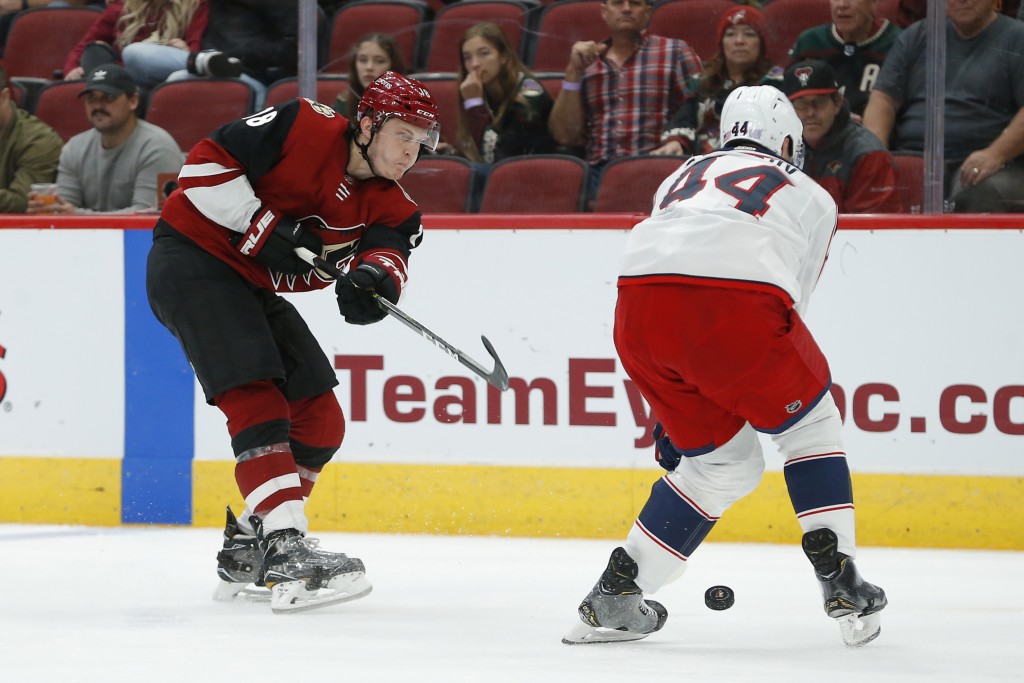 GLENDALE, Ariz. (AP) — Gustav Nyquist had a goal and two assists, Joonas Korpisalo stopped 31 shots and the Columbus Blue Jackets ended a five-game losing streak with a 3-2 win over the Arizona Coyotes on Thursday night.

The Coyotes had a two-man advantage for the final 1:48 after pulling goalie Darcy Kuemper and a Columbus penalty but couldn't get anything past Korpisalo.

Carl Soderberg and Jakob Chychrun scored for the Coyotes, who have lost two straight for the first time since the opening two games of the season. Darcy Kuemper had 30 saves.

The Coyotes were coming off an overtime loss to Calgary after blowing a 3-1 third-period lead on two goals 49 seconds apart.

The Blue Jackets needed just 14 seconds to score Thursday. Nyquist got it, redirecting a shot by Seth Jones past Kuemper's glove side.

Soderberg tied it midway through the first period with his fifth goal, punching in a rebound after Korpisalo stopped Lawson Crouse's redirect attempt.

Kuemper made some spectacular saves when Columbus turned up the pressure to start the second period, and Chychrun put Arizona ahead 2-1 by beating Korpisalo with a wrister from the left circle.

Korpisalo also made a couple of difficult saves, including against Michael Grabner on a breakaway, and Bemstrom tied it late in the period on a power play by caroming a shot from behind the goal off Kuemper's skate.

Korpisalo stopped Grabner on another breakaway early in the third period and made some big saves down the stretch.

Columbus plays at Colorado on Saturday.