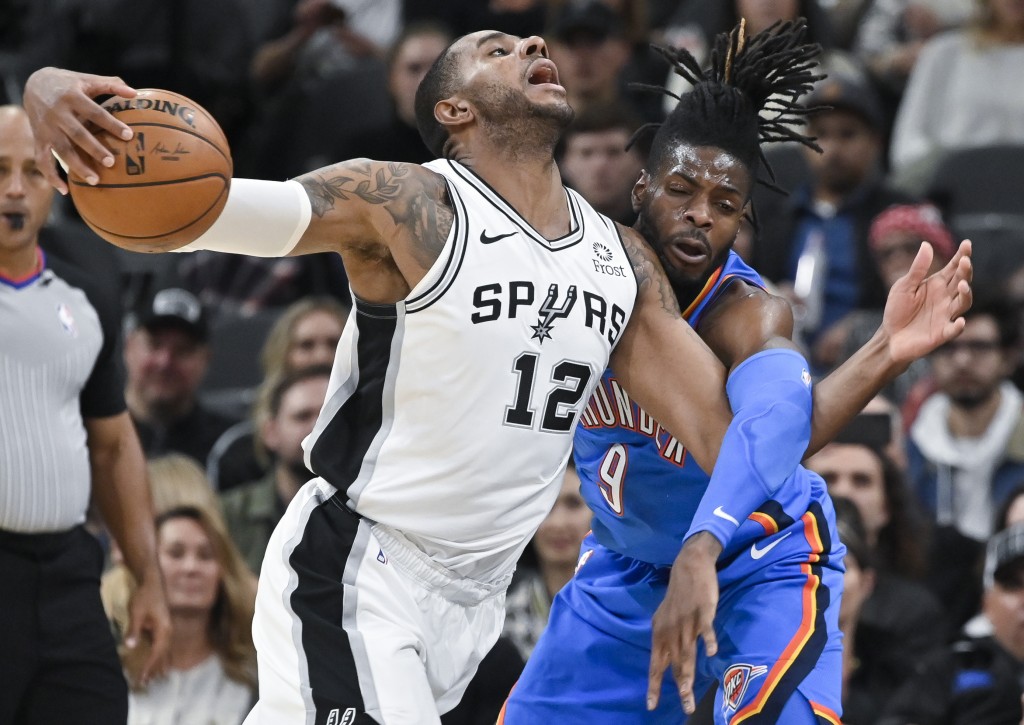 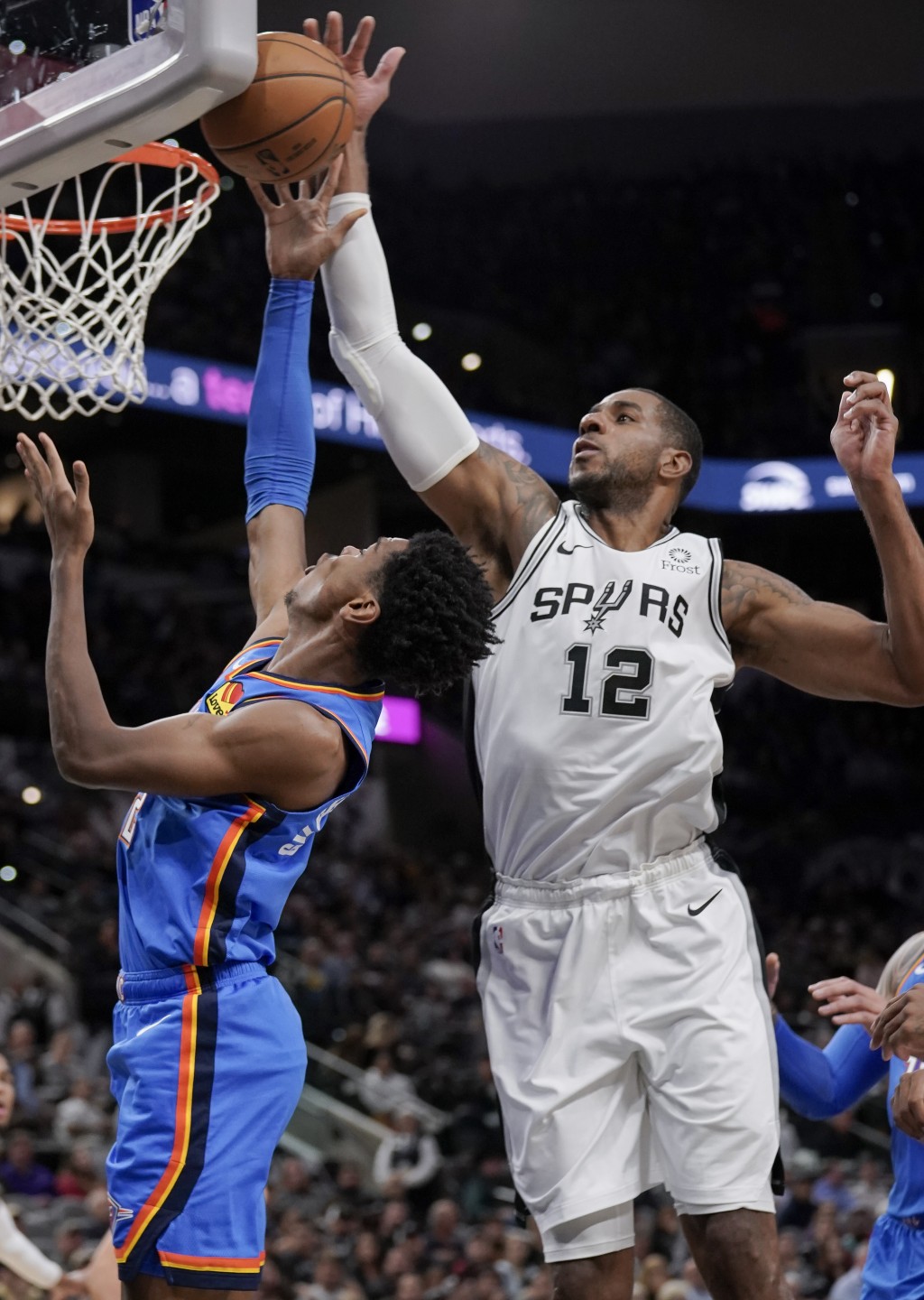 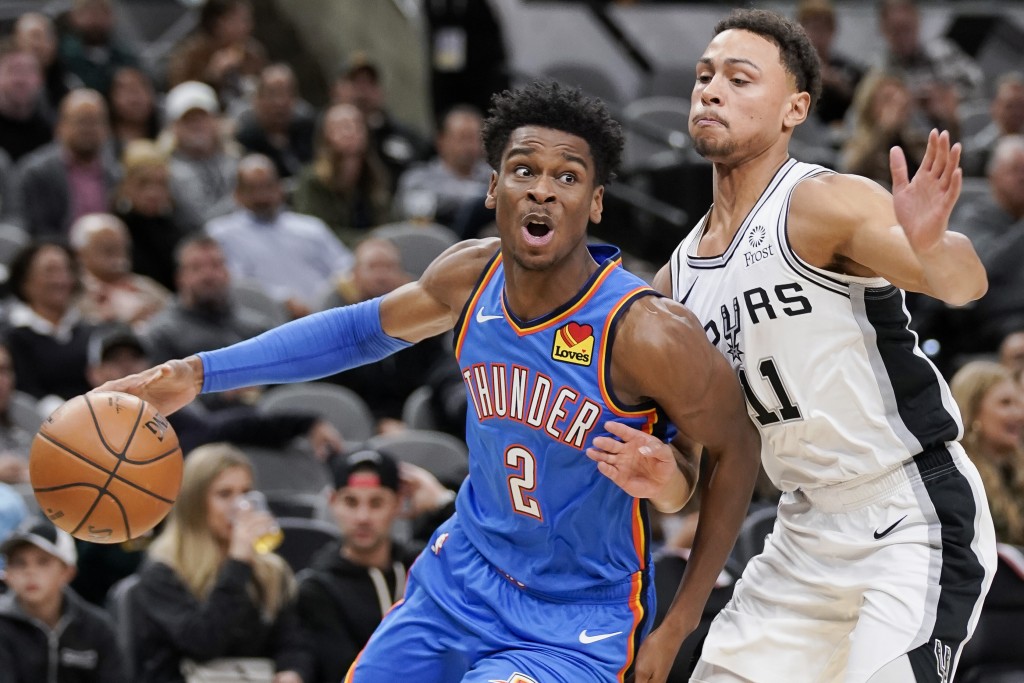 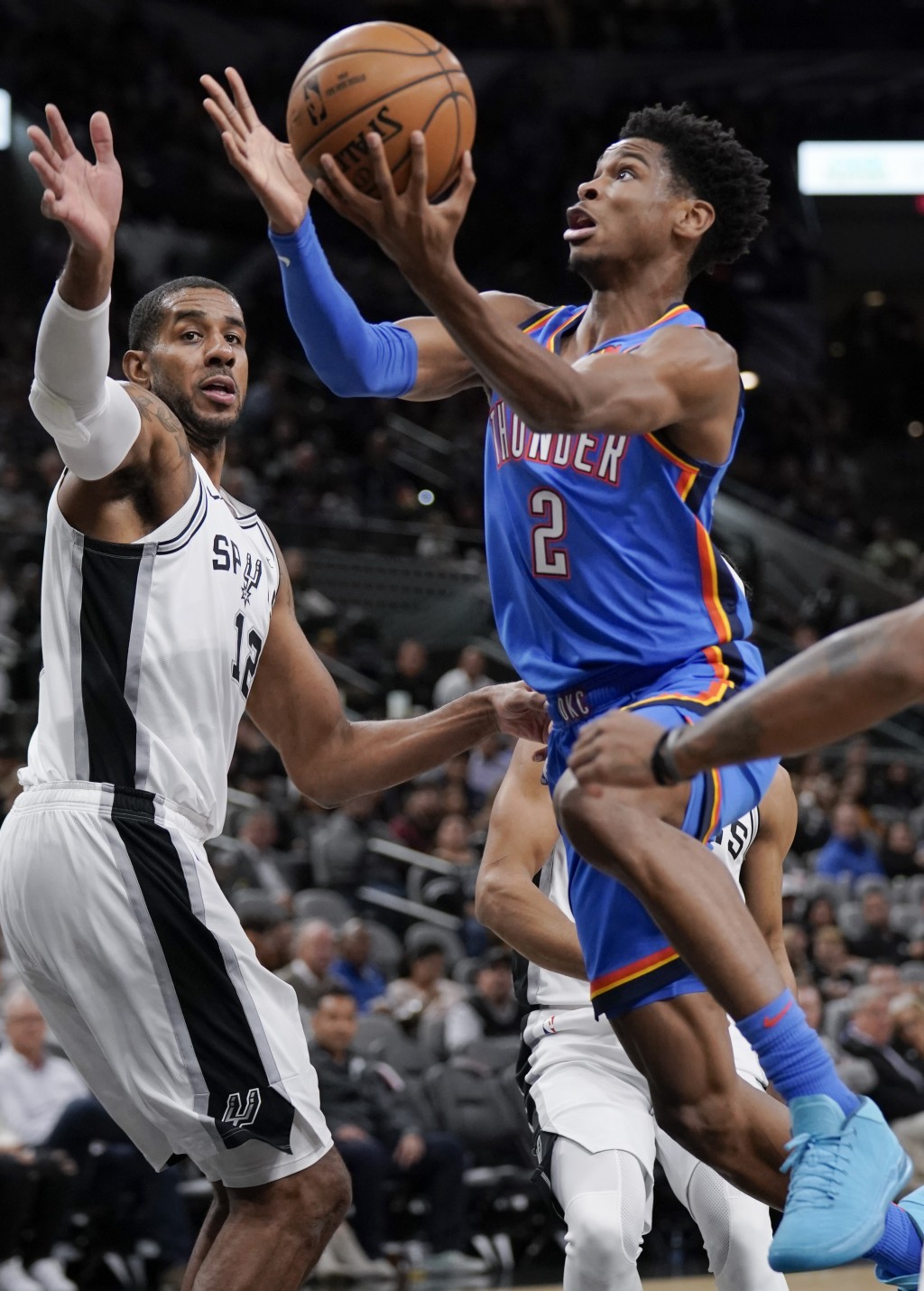 SAN ANTONIO (AP) — LaMarcus Aldridge scored a season-high 39 points and the San Antonio Spurs rolled to a 121-112 victory over the Oklahoma City Thunder on Thursday night.

Point guard Dejounte Murray had a career-high 10 assists along with 17 points and eight rebounds. The 22-year-old played 26 minutes as San Antonio continues to restrict his minutes after he missed last season following right knee surgery.

DeMar DeRozan added 16 points and nine assists for the Spurs, who had a season-high 32 assists and snapped a two-game skid.

Danilo Gallinari scored 27 points and Shai Gilgeous-Alexander added 21 for the Thunder (3-5), who entered the game on a two-game winning streak.

San Antonio (5-3) set a season high with 33 points in the opening quarter with Aldridge and DeRozan shooting a combined 8 for 12. Aldridge made eight straight baskets in the first half after missing his first attempt.

Aldridge finished 19 for 23 from the field.

Chris Paul had 19 points and five assists in 31 minutes.

Thunder: The Thunder's last win in San Antonio was Dec. 25, 2014. Russell Westbrook had 34 points and 11 assists in the 114-106 victory. ... Mike Muscala played one minute. Muscala has played just 22 minutes in five games after signing with the Thunder in the offseason.

Spurs: Derrick White rode a stationary bike when he wasn't in the game to keep his back loose. White injured his back after falling to the court Sunday against the Los Angeles Lakers following a foul by Dwight Howard on a layup attempt.