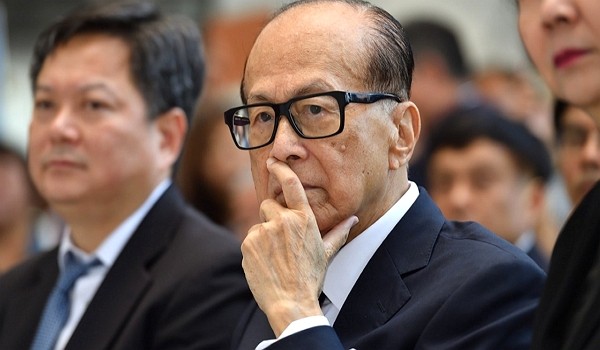 TAIPEI (Taiwan News) — Sir Li Ka-shing (李嘉誠), the wealthiest man in Hong Kong and founder of CK Hutchison Holdings, announced on Friday (Nov. 8) that for the next 10 days, he is accepting applications for financial aid from small- to medium-sized restaurants in Hong Kong.

Hong Kong's economy has suffered significantly from the anti-extradition bill protests, with many businesses having been damaged by protesters and the Hong Kong police. To slow down the city's economic decline, Li, the "Hong Kong Superman," said in late October that his foundation would donate HK$1 billion (US$128 million) to business owners in need of financial assistance.

In a statement released Thursday (Nov. 7), the Li Ka-shing Foundation stated that owners of food and beverage businesses would be the first group to benefit from the support program, with each successful applicant receiving HK$60,000 for temporary relief by the end of November. Li even created a short tutorial video with Hong Kong meteorologist Leung Wing Mo (梁榮武) to teach people how to apply, reported UDN.

The foundation promised to keep the application process simple, with the funds to be distributed to individual businesses as quickly as possible. The foundation also said that during Leung's weather forecast, he would predict the sky in Hong Kong will "clear up" soon.