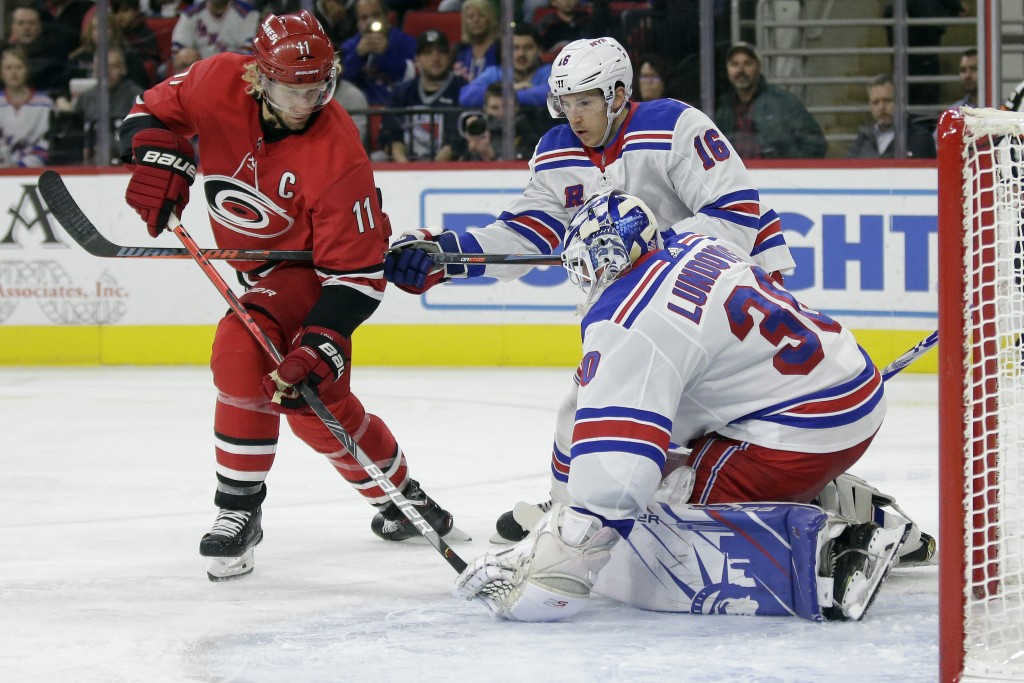 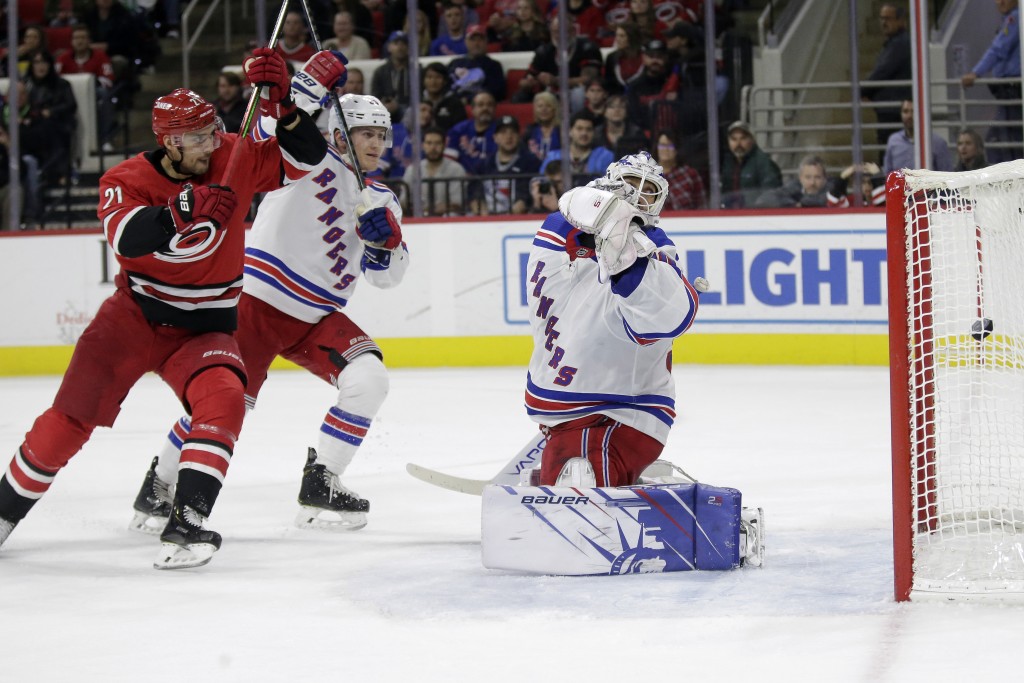 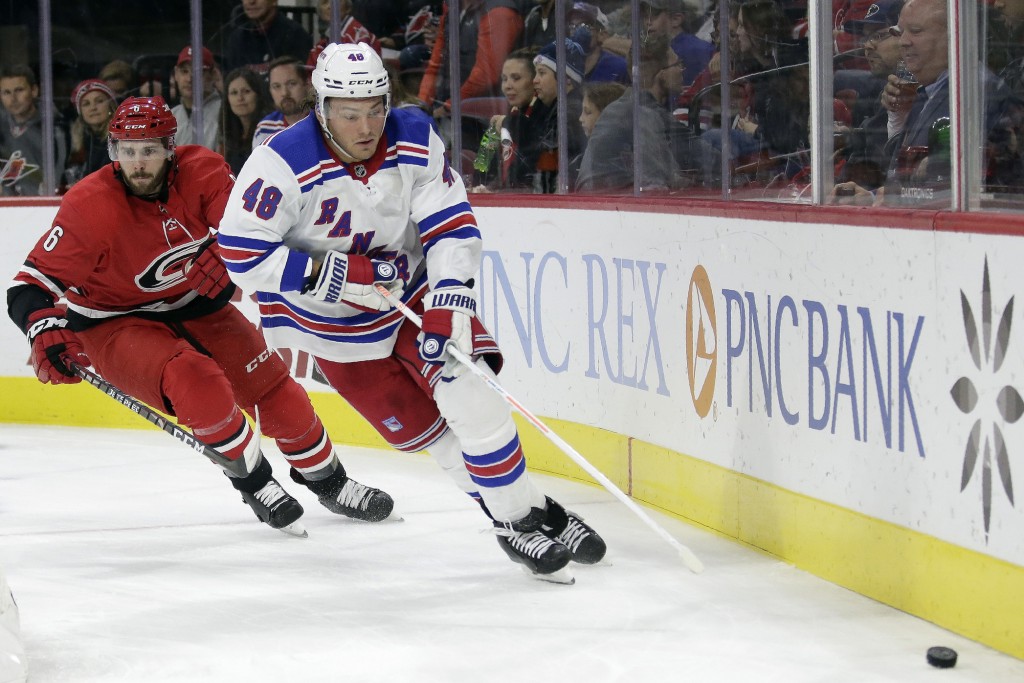 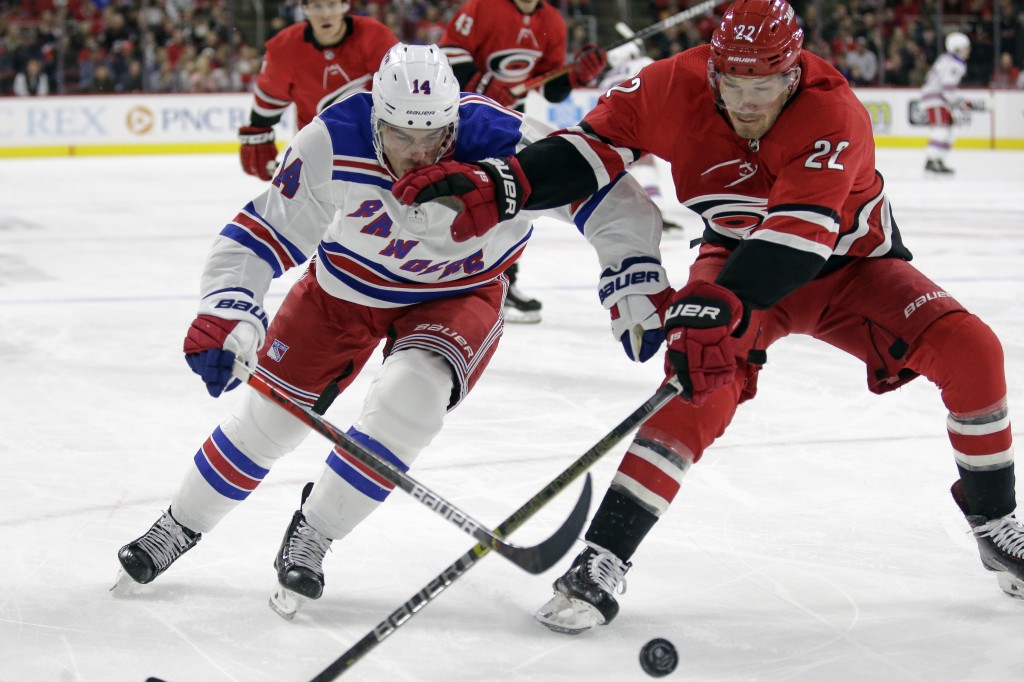 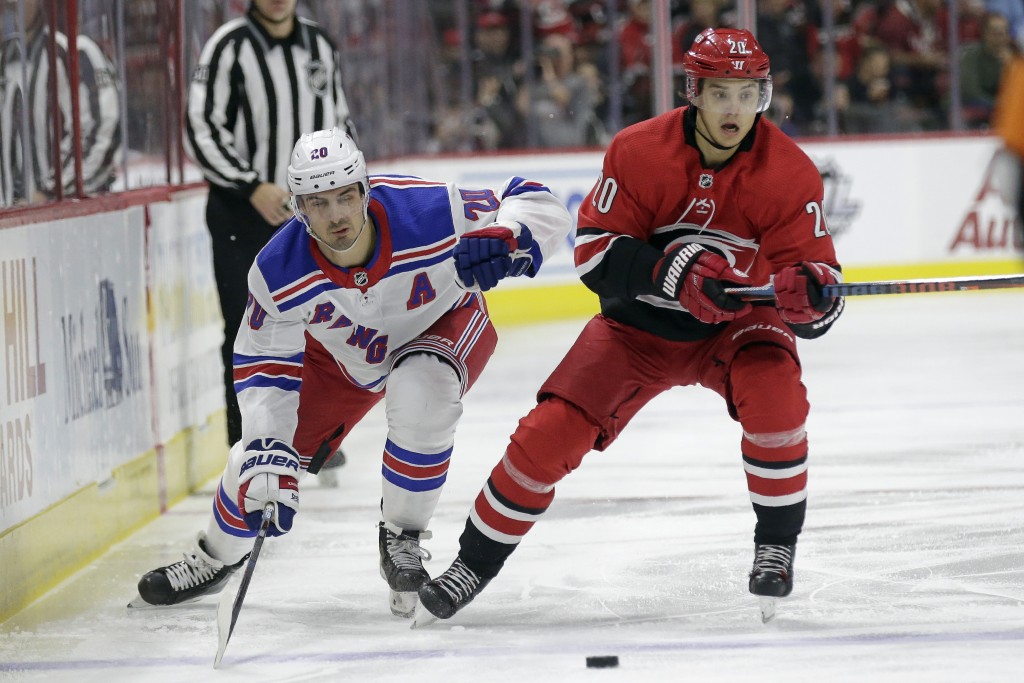 RALEIGH, N.C. (AP) — Pavel Buchnevich had a goal and an assist, Henrik Lundqvist made a season-high 45 saves and the New York Rangers beat the Carolina Hurricanes 4-2 on Thursday night.

Artemi Panarin, Brendan Lemieux and Adam Fox also scored for the Rangers, who have won 28 of their past 34 games against the Hurricanes. Lundqvist got his 31st career victory over Carolina, including 22 in his last 26 starts.

Dougie Hamilton and Sebastian Aho scored for the Hurricanes, who had a 47-to-18 shot advantage, including 22 to 6 in the first period.

The Hurricanes dominated early but couldn't get a shot past Lundqvist. Panarin scored off a pass from Ryan Strome with 27.5 seconds left in the first for a 1-0 lead.

Carolina tied it at 14:32 in the second with a tip-in by Hamilton off a deep shot from Jaccob Slavin.

Lemieux countered with his first goal of the season at 18:04 when he tipped in a long shot from Tony DeAngelo.

Buchnevich, who assisted on Lemieux's goal, scored on a backhander. It came just 75 seconds into the third period and after a turnover by Carolina defenseman Jake Gardiner.

The Rangers have won five of seven after going winless in the five games.

The Hurricanes lost their third straight and second in a row at home.

NOTES: LW Erik Haula, who leads Carolina with eight goals, missed his second straight game with a knee injury. ... The Rangers have 13 sets of back-to-back games this season. They beat Detroit 5-1 on Wednesday and the Hurricanes on Thursday. They lost both games in their first set of back-to-backs earlier this season. ... The 22 shots in the first period were the most for Carolina in any period this season.

Hurricanes: At Ottawa on Saturday.

Rangers: At Florida on Sunday.