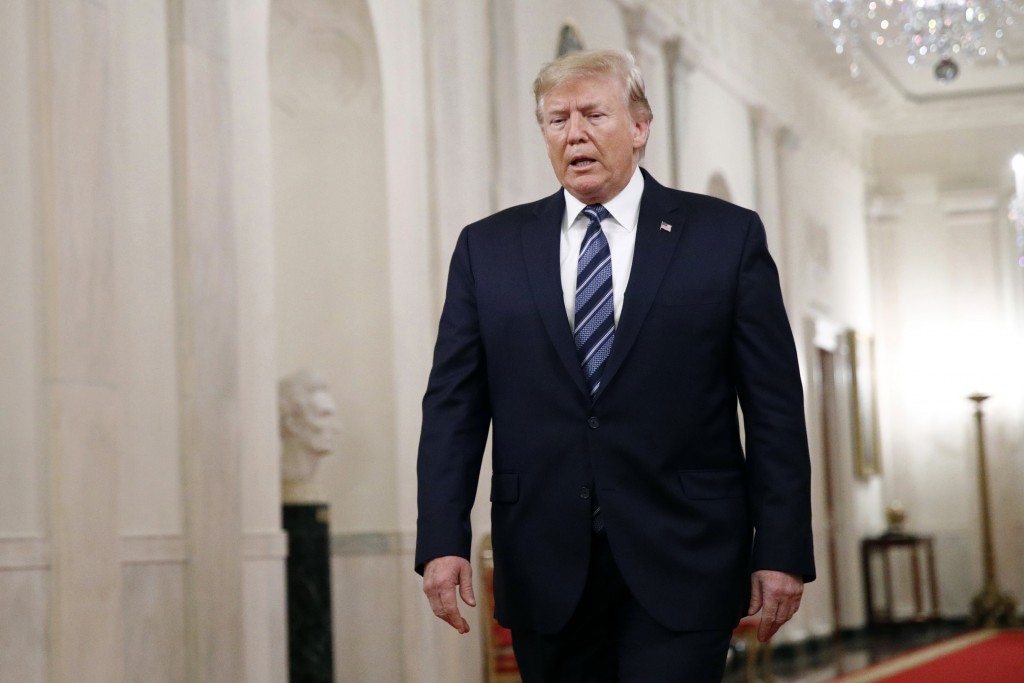 WASHINGTON (AP) — The White House is objecting to a forthcoming book by an anonymous author who describes President Donald Trump as volatile, incompetent and unfit to be commander in chief.

The Washington Post acquired a copy of the book, called "A Warning," and first reported on its contents Thursday.

White House press secretary Stephanie Grisham says, "The coward who wrote this book didn't put their name on it because it is nothing but lies."

She says reporters should "cover the book as what it is — a work of fiction."

The author is identified only as "a senior official in the Trump administration."

According to the Post, the book describes racist and misogynist behind-the-scenes statements by Trump and says he "stumbles, slurs, gets confused, is easily irritated, and has trouble synthesizing information."