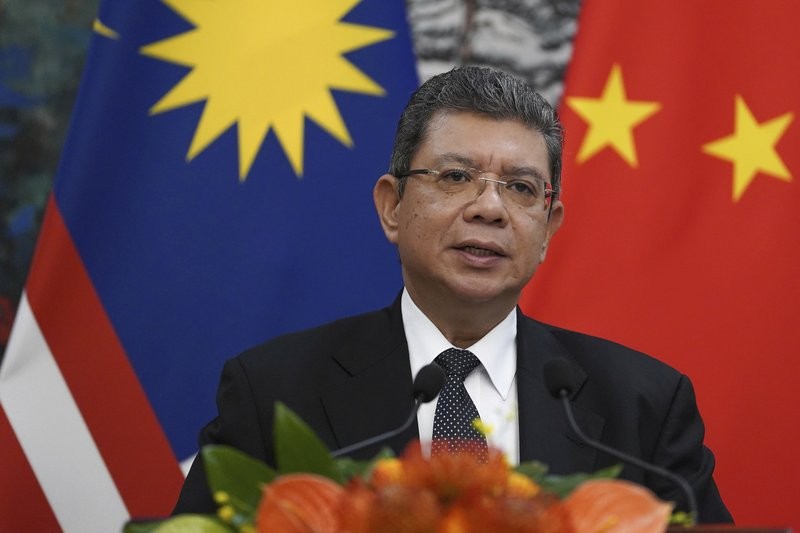 KUALA LUMPUR, Malaysia (AP) — Malaysia has rejected a U.S. plan to host an Asia-Pacific trade summit in January, after Chile canceled a November meeting because of violent anti-government protests.

Foreign Minister Saifuddin Abdullah didn't give any reason for the rejection Thursday but Malaysia is next year's host for the annual Asia-Pacific Economic Cooperation summit. Chile's sudden withdrawal upset a U.S. plan to sign a modest trade agreement with China on the sidelines of the Nov. 16-17 meeting.

Saifuddin said U.S. Secretary of State Mike Pompeo had sought his views on Malaysia's position on a possible APEC meeting in the U.S. in January during a recent regional summit in Bangkok.

"I have informed the American officials while they were in Bangkok that we do not think this is a good idea," he said.

President Donald Trump had also sent an invitation through his envoy to Malaysian leader Mahathir Mohamad during the Bangkok meeting but Saifuddin said he wasn't privy to it.

"If it's about APEC, the answer is no," he added, without elaborating.

Apart from APEC, Chilean President Sebastián Piñera also called off a U.N. global climate summit in December in response to widespread protests over economic inequality that have left more than a dozen people dead, hundreds injured and businesses and infrastructure damaged.

The U.N. climate meeting was quickly rescheduled for Madrid on Dec. 2-13.

White House officials have previously indicated they are searching for other locations as Trump still aims to sign the trade deal with President Xi Jinping. Under the tentative deal, the U.S. has agreed to suspend plans to raise tariffs on $250 billion in Chinese imports, and Beijing has agreed to step up purchases of U.S. farm products. But it did little to address other issues in the U.S.-China trade dispute.