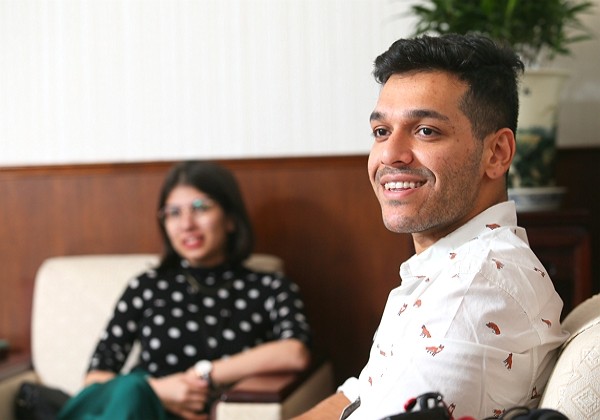 TAIPEI (Taiwan News) — Popular travel blogger and influencer Aakash Malhotra and his girlfriend Aparajita Misra became the fourth group to participate in the "Spend a Night @ Taiwan's Presidential Office" event on Thursday (Nov. 7), saying that President Tsai Ing-wen (蔡英文) and the people of Taiwan have given them memories they will treasure for a lifetime.

As one of the 10 chosen groups to experience an overnight stay at the Presidential Office Suite, Malhotra and Misra told CNA reporters that freedom and the friendliness of Taiwanese can be felt in every corner of the country. They also said they were inspired by how gender equality is being implemented in Taiwan's political system as well as its work environment.

The duo also expressed their appreciation for the handwritten card from President Tsai along with the famous Taichung butter biscuits she prepared for them as midnight snacks. They also praised the convenience of Taipei's EasyCard and public transportation despite the minor setback presented by the language barrier.

Following their Presidential Office stay, Malhotra and Misra will embark on a 10-day journey around Taiwan, visiting Sun Moon Lake, Kenting National Park, and Taroko National Park. Malhotra promised to create seven videos documenting the beauty he discovered in Taiwan, attracting more tourists from India while enhancing the relationship between the two countries.