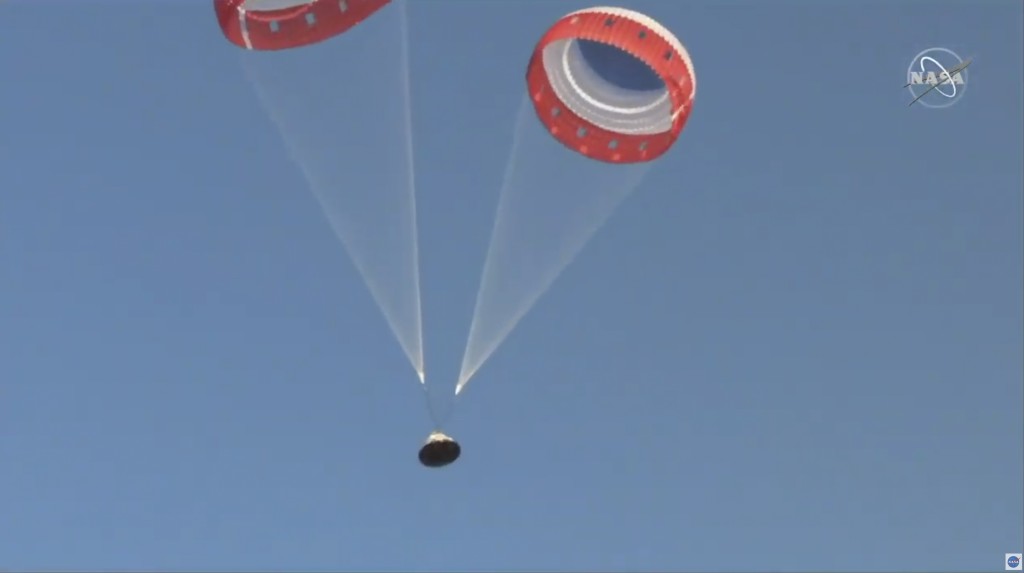 CAPE CANAVERAL, Fla. (AP) — Boeing says a problem with a pin caused its Starliner capsule to land with two instead of three parachutes earlier this week.

Boeing's vice president for commercial crew, John Mulholland, said Thursday that the rigging was not connected properly because the pin wasn't secured in place.

Mulholland says the company is double-checking the parachute rigging on the capsule due to rocket into orbit next month. Only a dummy and some cargo will be on that test flight to the International Space Station.

NASA is counting on Boeing and SpaceX to start taking astronauts to the space station from Cape Canaveral, Florida, sometime next year.