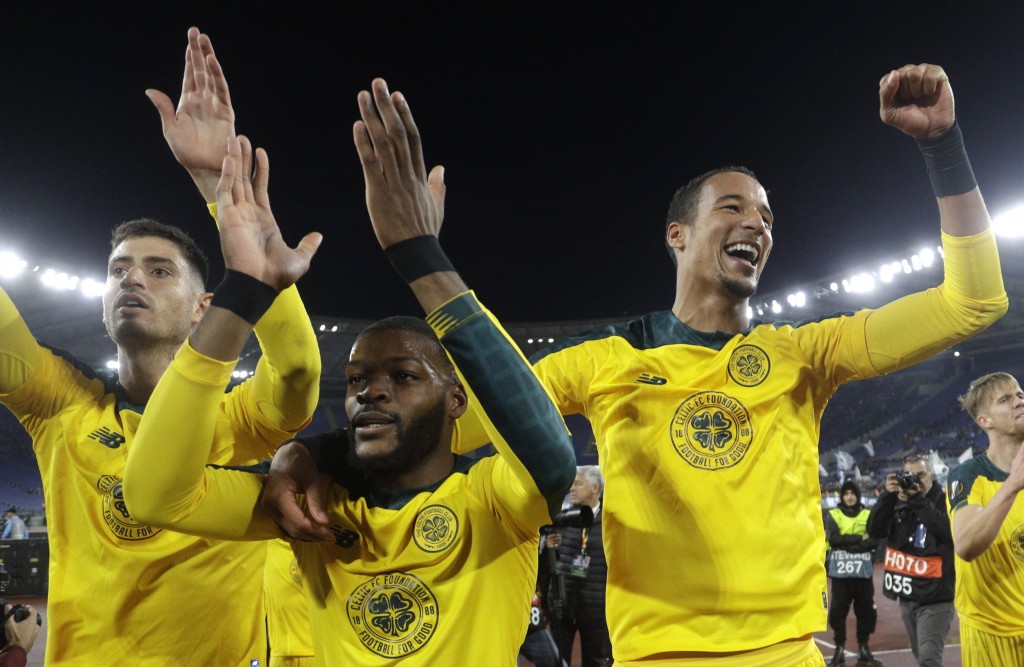 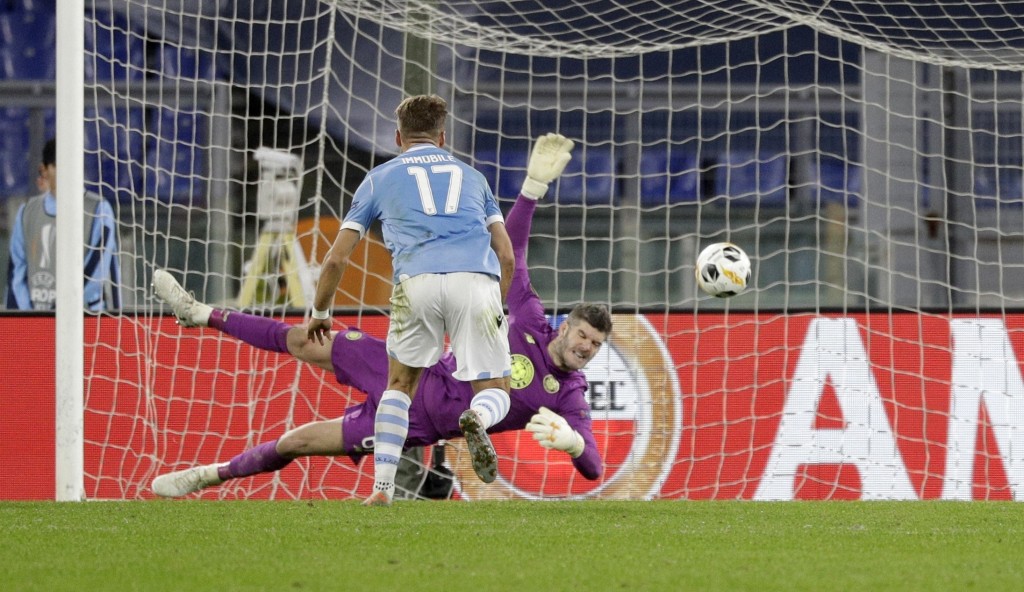 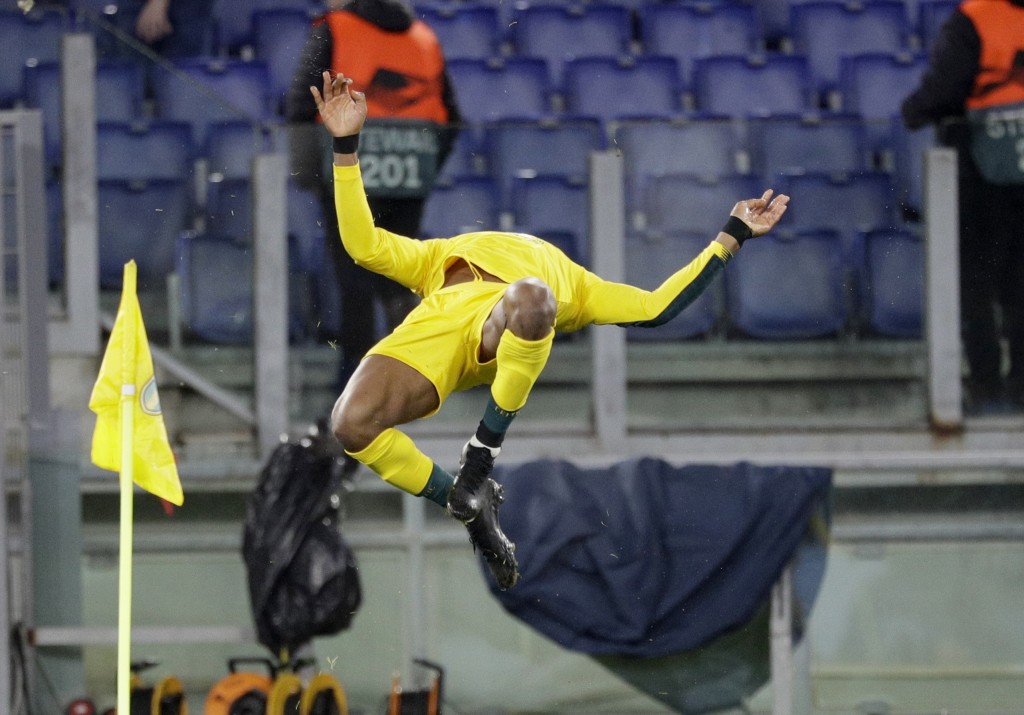 BERLIN (AP) — Olivier Ntcham scored deep in injury time for Celtic to book its place in the knockout stages of the Europa League with a 2-1 come-from-behind win at Lazio on Thursday.

The French midfielder, who previously played for Lazio's Italian rival Genoa, lifted the ball over goalkeeper Thomas Strakosha after Odsonne Edouard capitalized on a mistake from Valon Berisha to set him up in the 95th minute.

The goal set off wild celebrations among an estimated 9,000 Celtic fans attending the game at Rome's Stadio Olimpico.

Police said two traveling fans had been stabbed by Lazio supporters before the game, following a brawl outside a pub, and that five Lazio fans were stopped for possession of dangerous materials such as baseball bats and knives.

With just three points from its opening three games, Lazio needed a win to have any realistic hopes of progressing. The home side took a seventh-minute lead through Ciro Immobile before pushing for more.

But James Forrest equalized with Celtic's first attempt in the 38th and Ntcham's late lob all but ended Lazio's prospects of advancing from Group E.

With two games remaining, Celtic leads with 10 points, one ahead of Romanian side Cluj, which beat Rennes 1-0, and seven ahead of Lazio. Rennes has one point.

Former champion Sevilla also booked its place in the knockout stages, with a 5-2 win at Luxembourg champion Dudelange.

The Spanish side raced into a four-goal lead in the first 36 minutes, with Munir completing his hat trick in the second half.

APOEL Nicosia defeated Qarabag 2-1 in the other Group A game. Sevilla is through with 12 points, followed by APOEL and Qarabag on four with Dudelange propped the group on three points.

There were wins too for Basel, Krasnodar, Sporting Lisbon and Austrian side LASK Linz.

Manchester United, Roma and Porto were in action later Thursday.