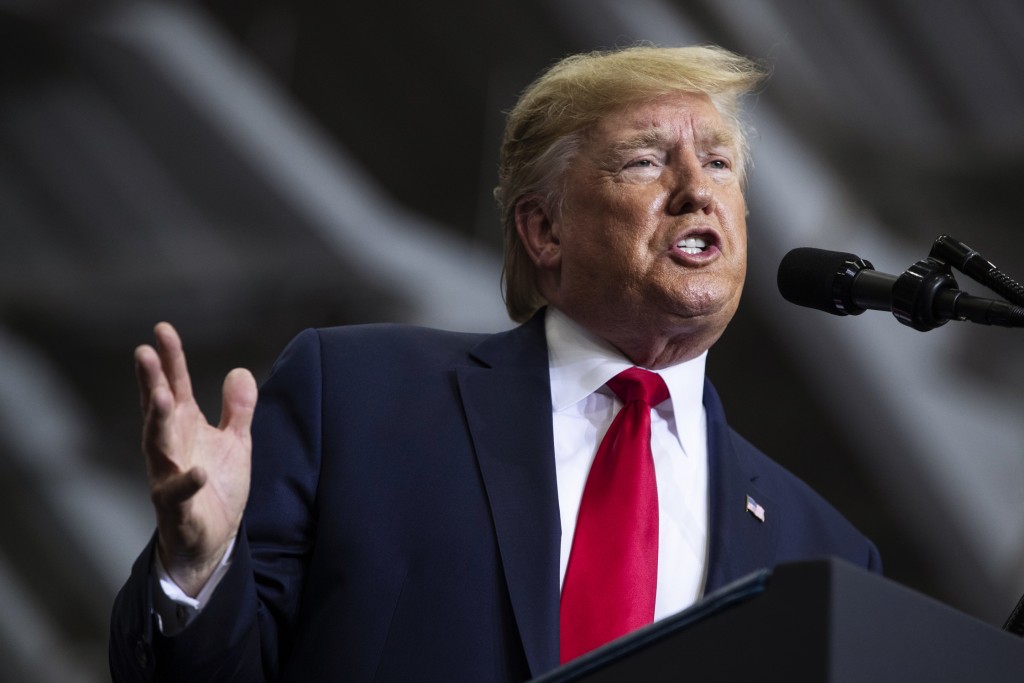 NEW YORK (AP) — A New York judge on Thursday ordered President Donald Trump to pay $2 million to an array of charities to resolve a lawsuit alleging he misused his own charitable foundation to further his political and business interests.

Judge Saliann Scarpulla said Trump breached his fiduciary duty to the Trump Foundation by allowing his campaign staff to plan a fundraiser for veterans' charities in the run-up to the 2016 Iowa caucuses.

The judge also signed off on agreements reached last month between Trump's lawyers and the New York attorney general's office to close the Trump Foundation and distribute about $1.7 million in remaining funds to other nonprofits.

In the agreements, Trump admitted to personally misusing Trump Foundation funds and agreed to pay back $11,525 in the organization's funds he spent on sports memorabilia and champagne at a charity gala. He also agreed to restrictions on his involvement in other charitable organizations.

New York Attorney General Letitia James heralded the resolution of the case as a "major victory in our efforts to protect charitable assets and hold accountable those who would abuse charities for personal gain."

"No one is above the law — not a businessman, not a candidate for office, and not even the President of the United States," said James, a Democrat.