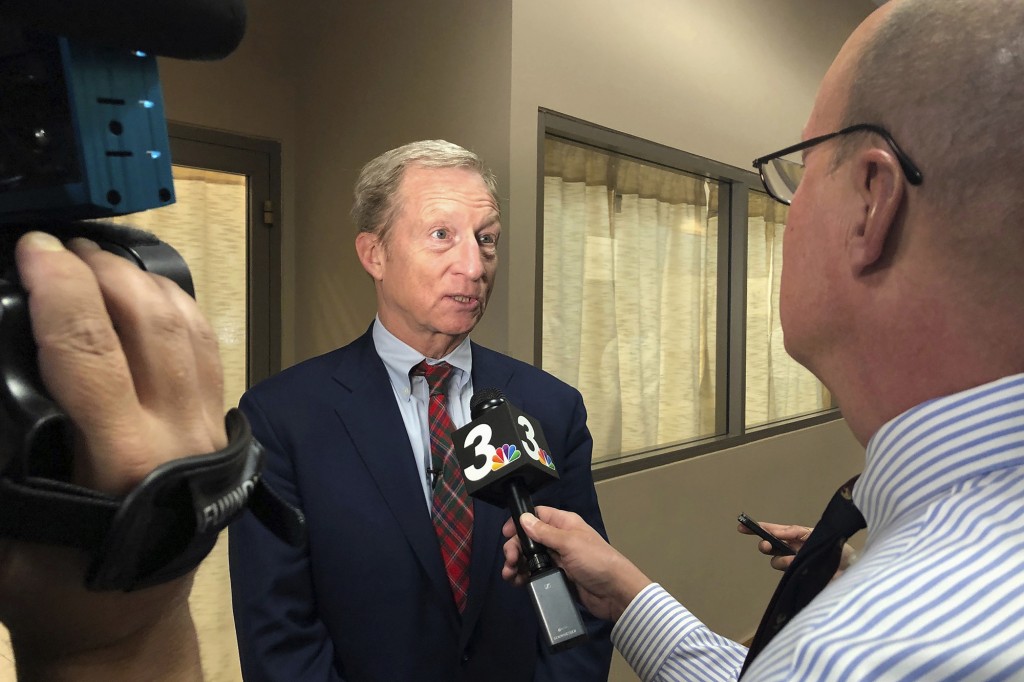 Multiple people with direct knowledge of the conversations told The Associated Press that the overtures came from Pat Murphy, Steyer's Iowa director. There's no evidence any candidates in Iowa accepted the offer or received contributions for an endorsement.

Murphy did not respond to a request for comment. Alberto Lammers, Steyer's campaign press secretary, says Murphy was not authorized to make the offers and that the campaign leadership outside of Iowa was unaware that he was doing so until the issue was raised by The Associated Press.

The proposals could revive criticism that the billionaire Steyer is trying to buy his way into the White House.