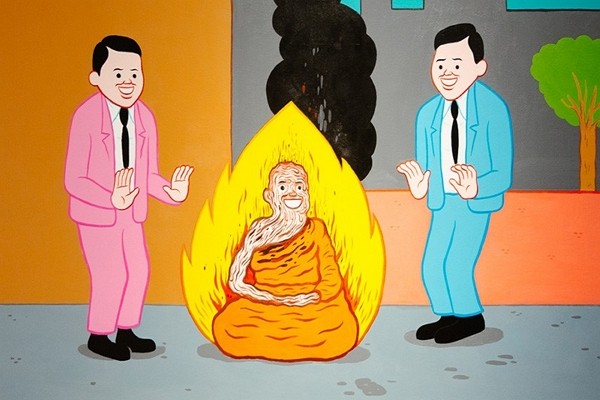 TAIPEI (Taiwan News) — Well-known Spanish illustrator and cartoonist Joan Cornellà will showcase selections of his cynical figurative paintings and sculptures at the "I'M FULL OF SHIT" exhibition from Nov. 15 through Dec. 8 at the Taiwan Design Museum.

Gallery-goers often describe Cornellà's works as morbid with a touch of dark humor. In most instances, the comic characters he creates have empty stares and big smiles despite the horrible things happening to them, according to Marie Claire Magazine.

Cornellà held his first exhibition in Taiwan in 2016, attracting more than 20,000 visitors over the 17-day period. This year, he will unveil two new sculptures: one of character snapping photos of himself while committing suicide and the other of a person using a selfie stick to mock the "selfie" culture in modern-day society.