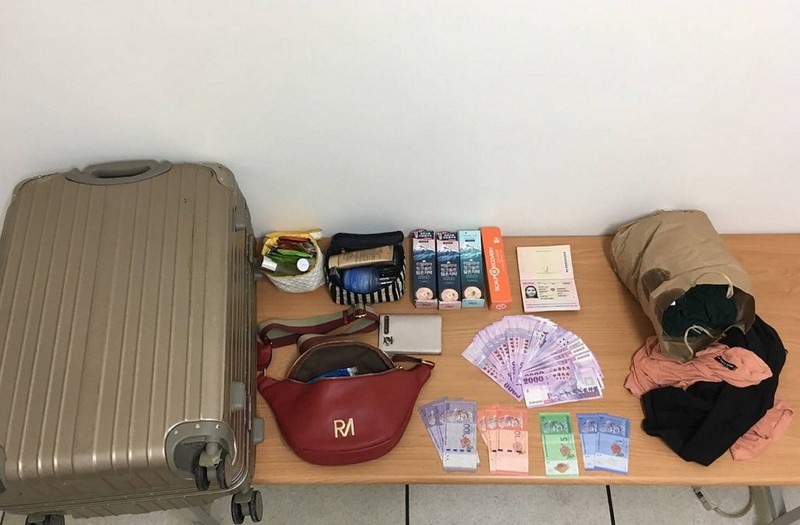 The Malaysian woman was duped into taking what she thought was an Uber ride to Taiwan Taoyuan International Airport on Nov. 3, the last day of her visit to Taiwan, police at the Beitou Precinct said.

Instead of taking her to the airport, however, the car drove to Yangmingshan, where the driver and another man forcibly took away her passport, cellphone and handbag, which contained NT$300,000 in cash, police said.

The tourist sustained injuries to her hands and feet as she attempted first to tussle with the men and later to flee, according to Wu Han-chung (吳漢中), the head of a police investigation team.

The men left the woman in the mountainous area and drove away with her belongings.

A special investigation team was able to track down the two robbers and a third suspect, who allegedly set up the robbery, Wu said.

The third suspect confessed that he had gotten to know the Malaysian tourist online and learned that she would be carrying a lot of cash on her visit to Taiwan.

When the suspects were caught, they had already used NT$240,000 of the stolen money to pay off gambling debts, and the police recovered only NT$50,000, Wu said.

The woman's mobile phone, handbag and suitcase were also recovered, he said.

The case has been handed over to the Shilin District Prosecutors Office for further investigation, according to police.