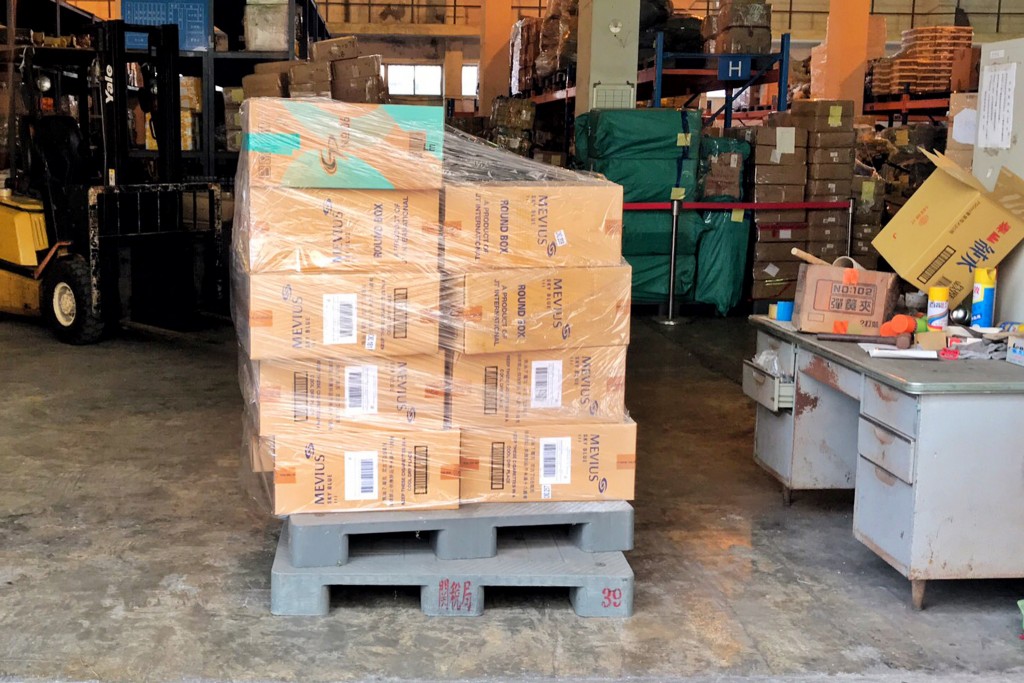 Among them were the head of the presidential residency guardroom, Maj. Gen. Lin Kuo-ching (林國欽), and 19 members of his staff.

They were found guilty of violating the Tax Collection Act, and each of them were fined up to NT$300,000 (US$9,861) and ordered to receive instruction on the rule of law, according to Taipei prosecutors.

Lin is a first-time offender with no previous criminal record, and has expressed remorse over his involvement in the case, hence the deferred prosecution, prosecutors said.

Lin and several of his staff had purchased an excessive amount of duty-free cigarettes allowed into the country from National Security Bureau (NSB) security agent Wu Tsung-hsien (吳宗憲).

Under Taiwanese law, travelers can only bring one carton of duty-free cigarettes into the country.

However, Wu, who traveled with President Tsai Ing-wen (蔡英文) aboard a China Airlines (CAL) plane as part of her security detail to the United States and the Caribbean, had pre-ordered 9,200 cartons from the airline's online duty-free store July 8, three days before Tsai's trip.

The cigarettes were then put into storage at an airport warehouse owned by China Pacific Catering Services Ltd.

Shortly after Tsai's flight home landed at Taoyuan International Airport July 22, several national security officials removed and loaded the cigarettes, worth NT$6 million (US$191,418), into five government vehicles, which then attempted to leave the airport as part of Tsai's motorcade to avoid scrutiny.

Acting on a tip-off, however, customs officers intercepted the vehicles in the airport's rapid clearance lane.

The deferred prosecutions on Thursday came following the August indictment of nine NSB and Presidential Office officials and four CAL staffers, who were caught trying to smuggle the cigarettes into Taiwan under the cover of Tsai's return trip from overseas.

Of the 13 individuals involved, 11 were indicted for violating both the Anti-Corruption Act and the Tax Collection Act, while the other two where only charged with violating the tax law.