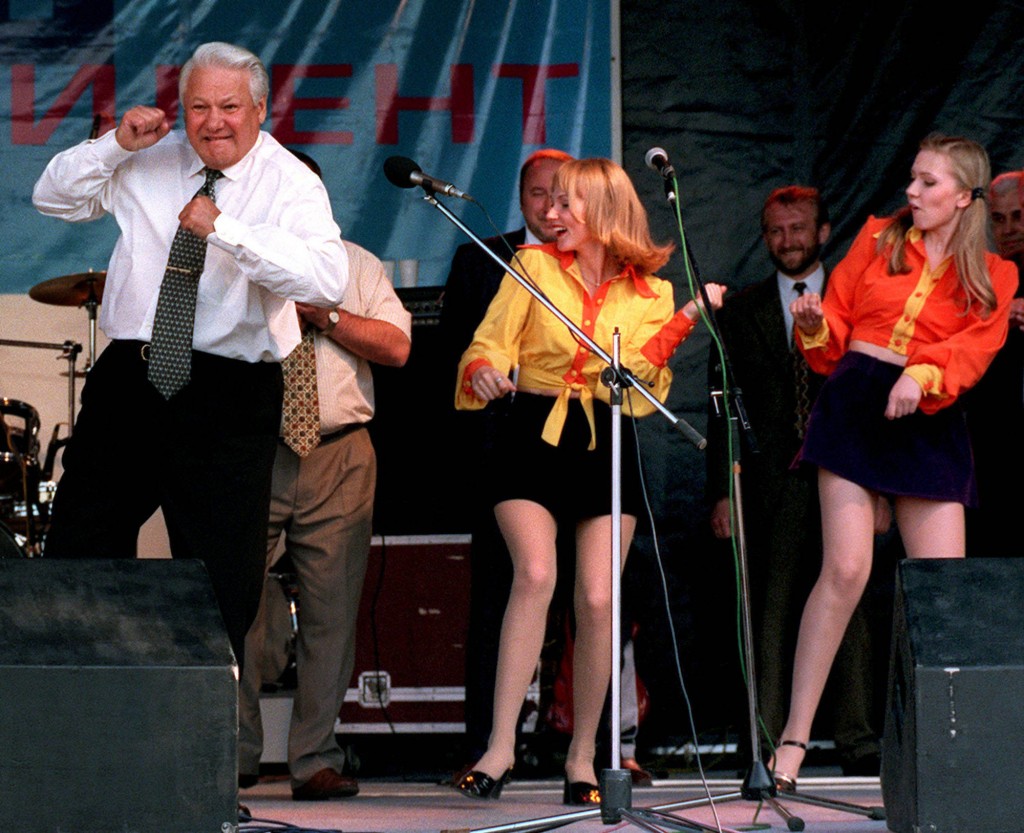 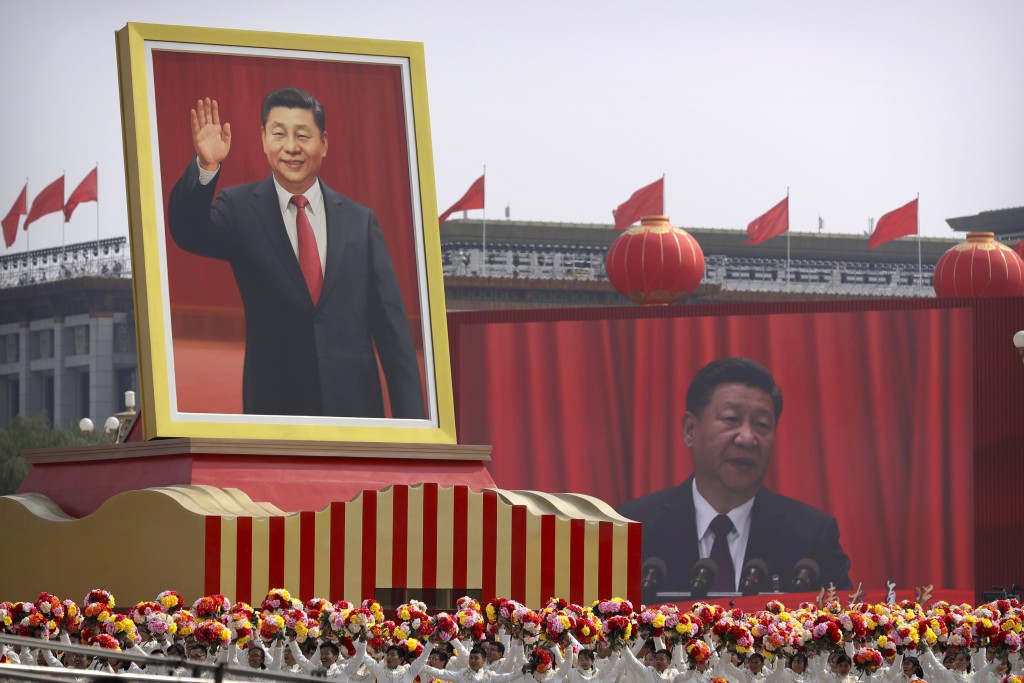 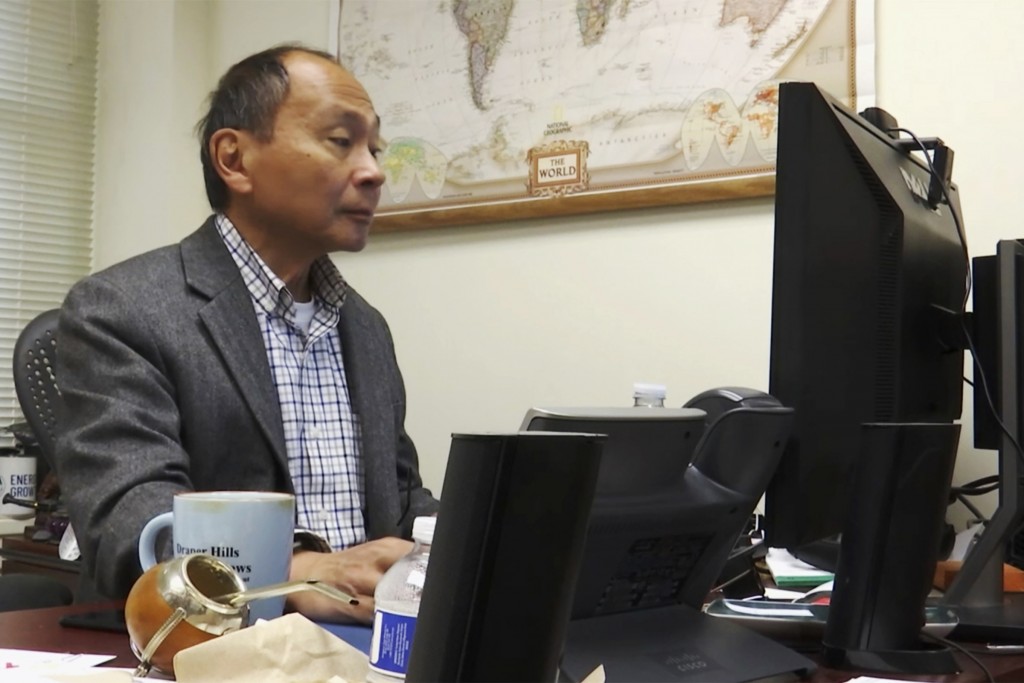 LONDON (AP) — Months before the Berlin Wall fell on Nov. 9, 1989, with the Soviet stranglehold over the Eastern Bloc crumbling, a young political scientist named Francis Fukuyama made a declaration that quickly became famous. It was, he declared, "the end of history."

But the heralded defeat of Communism didn't usher in a lasting golden age for Western, capitalist-driven liberalism. Far from it.

In the decades since, seismic events, movements and global patterns have shaped the 21st century into a splintered, perhaps more dangerous era than the Cold War.

The 9/11 attacks happened; the Iraq and Syria wars helped produce the bloody emergence of the Islamic State group and, later, a refugee crisis. The economy tanked in 2008. China became a superpower. Russia resurged. A new populism took root.

All have had a transcendent impact. History, it seemed, didn't "end."

Today, Fukuyama acknowledges that some developments over the decades have disappointed him. He says his book wasn't a prediction, but an acknowledgement that many more democracies were coming into existence.

Now the world is in a phase he didn't anticipate. In a recent interview with The Associated Press, Fukuyama took time to reflect on some of what he has seen — and what could still happen.

AFTER THE WALL: THE FIRST YEARS

With the passage of the decades, Fukuyama says, now "you have a whole generation of people who didn't experience the Cold War or Communism."

In those initial years after the wall came down, new countries were born and Germany reunified. But wars and conflicts also erupted after the Soviet Union collapsed and postcolonial debt-settling spiked.

Western military intervention at the end of the 1990s blunted Serbia's nationalism and unshackled Kosovo. A weakened Russia was in no position to help its traditional ally in Belgrade. But the global economy was generally strong.

Al-Qaida took terror to a never-before-seen level that was watched in real-time around the world. In response, the Bush administration invaded Afghanistan and ousted the Taliban, which had hosted Osama bin Laden as he plotted against the West. Eighteen years later, the United States is still there.

The Iraq War was based on false intelligence that Iraqi dictator Saddam Hussein, backed by the U.S. when he fought Iran, possessed weapons of mass destruction. Washington pushed a "you're either with us or against us" global outreach that backfired in some places — most notably in Britain, where then-Prime Minister Tony Blair remains a political outcast to this day for following Bush.

Fukuyama was once aligned with neo-conservatives and supported the Iraq invasion, but later declared his opposition to the war. Now, he says the Iraq war undermined American policy around the world, while the 2008 financial crisis undercut the U.S. claim that it had established a good economic international order.

Says Fukuyama: "I think those two events paved the way for a lot of the populist backlash that we're seeing now."

POPULISM AND THE CULT OF PERSONALITY

Fukuyama says he's dismayed so many voters could choose divisive populist leaders who lack a formula for governing democratically.

A marriage of populism and nationalism is a dominant dynamic now in many places — from Trump's "America First" to Brexit, from Israel's refusal to give up settlements in occupied Palestinian territory to India's accelerated crackdown in disputed Kashmir and Turkey's recent invasion of Syria.

Fukuyama says the populist leader's playbook typically goes something like this: "I represent you, the people. You are pure and the elites are corrupt, and I need to eliminate them from our political system."

But Fukuyama says he still believes that the checks and balances in democracies' long-established institutions will continue to work.

Populism, he argues, isn't conducive to good governance — or, necessarily, prosperity. "Launching a trade war ... doesn't seem like a very good idea for continued prosperity," he says. "It could be that these types of movements will be self-limiting in the future."

SYRIA, THE ISLAMIC STATE AND THE GLOBAL REFUGEE CRISIS

The ruinous civil war in Syria, in its ninth year, began with an uprising against President Bashar Assad as part of the ill-fated 2011 Arab Spring that deposed autocrats but replaced them with more dictatorship, war and chaos.

The Syrian conflict brought suffering of a monstrous magnitude: hundreds of thousands killed, millions displaced and the rise of the barbaric Islamic State group, which at one point controlled vast swaths of both Syria and Iraq and carried out terror attacks across Europe.

A byproduct of IS' rise was the global refugee crisis and the flight of persecuted millions on a scale not seen since World War II.

To Fukuyama, the rapid rise in migration produced cultural backlash and an anti-immigrant feeling that was exploited by "a lot of pretty opportunistic politicians who saw this as a big opportunity to mobilize new sources of support for themselves."

THE RESURGENCE OF RUSSIA

The road from the dissolution of the Soviet Union to today's powerful Russia has been messy and not without its initial humiliations for Moscow.

Boris Yeltsin's years in power after Mikhail Gorbachev's ouster as the last Soviet leader were characterized by a freewheeling approach to the free market which introduced kleptocracy, the selling off of state industries and the era of oligarchs, mafia and defeat in the first Chechnya war.

Then, on the stroke of the new millennium, Vladimir Putin came to power as a counterbalance to the Western liberalism he so often rails against.

On his watch, a second war with Chechnya killed thousands. Russia invaded Georgia and annexed Crimea from Ukraine after backing Russian separatists.

With fresh dominance in its own backyard, Russia began to look further afield, most notably meddling in the U.S. election, which some say helped Trump reach the White House.

In 2018, Putin — still in power, still a risk-taker — boasted of the development of new nuclear weapons that have no equivalent in the West. They came, he said, in response to U.S. withdrawal from a Cold War-era treaty banning missile defenses and U.S. efforts to develop a missile defense system. "No one has listened to us," he said. "You listen to us now."

Fukuyama says of Putin: He "has created a form of Russian nationalism that is dependent on empire, (on) his control of all of the countries surrounding Russia. He feels that he is basically at war with the West. This is a hangover from Soviet times because that is the world he grew up in."

China's authoritarian grip on anything it perceives as its internal affairs, from mass detentions and abuse of Muslims in Xinjiang Province to its no-patience approach to Hong Kong protesters, continues unabated.

Beijing's rise in the last three decades has redrawn the geopolitical map. Its financial clout, its attempts to extend its footprint with its Belt and Road Initiative and unresolved trade issues with the United States make it a wildcard more than ever.

Fukuyama says China's increased wealth and power is upending the international system — no matter how that power is used. But, he notes, since Xi Jinping came to power, China has moved in "a much more authoritarian direction."

The new landscape, he says, "has led to the current deterioration of U.S.-China relations. And I'm afraid that's a situation that is going to persist even if you had a different (U.S.) administration in power."

Looking back from today, Fukuyama still thinks the Berlin Wall's fall was, on balance, a huge gain for human freedom.

One of the darker historical ironies of the past 30 years — primarily in Europe — has been the shift by once-communist states to the far right, in some cases embracing ideologies not far from fascism. But despite "worries about countries like Hungary and Poland," Fukuyama believes they are still much better off than under a communist dictatorship.

Many people don't quite understand how being part of the European Union, for example, has afforded them peace and stability that didn't exist before.

Today, Fukuyama looks to other uprisings — protest movements in Hong Kong, Algeria and Sudan, for example — and says he holds out hope for a new moment when history might encounter another crossroads.

EDITOR'S NOTE — Tamer Fakahany is AP's deputy director for global news coordination and has helped direct international coverage for the AP for 16 years. Follow him on Twitter a https://twitter.com/tamerfakahany