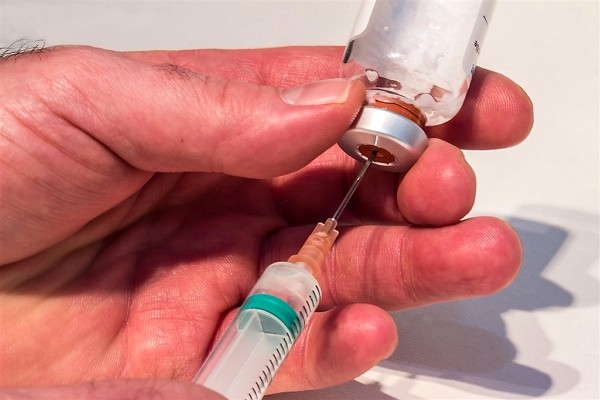 Takeda Pharmaceutical Co's experimental dengue vaccine was highly effective at preventing the mosquito-borne disease in a late stage study, but it failed to protect against one type of the virus in people with no prior exposure to dengue.

Takeda's vaccine was 80.2per cent effective at preventing dengue among children and teens in the year after they got the shot, according to results of a Phase III study published in the New England Journal of Medicine on Wednesday.

Sanofi's Dengvaxia - the world's first dengue vaccine - had demonstrated 59.2per cent overall efficacy in the first year of follow-up based on combined results from two late-stage trials.

There is an urgent need for an effective dengue vaccine. The tropical disease infects nearly 400 million people a year and kills up to 25,000 people.

A preliminary analysis of Takeda's vaccine suggests it may offer unbalanced protection among the four types of dengue. Experts have long been concerned that a dengue vaccine that is only partially protective could increase the risk of severe disease after exposure to a second type of the virus.

The results follow Sanofi's 2017 disclosure that Dengvaxia increased the risk of severe dengue in children who had no prior dengue exposure.

That news triggered an investigation in the Philippines where 800,000 school-age children had already been vaccinated. Fallout from Sanofi's vaccine has raised the bar for demonstrating the safety of future dengue vaccines.

Among roughly a quarter of study subjects with no prior dengue exposure who got Takeda's vaccine, the shot was 75per cent percent effective at preventing all four types of dengue.

"This is a fantastic result and we're thrilled," Derek Wallace, who runs Takeda’s global dengue vaccine program, said in a phone interview, noting that the results were similar between those who have and have not had dengue before.

Much of the vaccine's overall benefit, however, appeared in people infected with dengue 2, the type of dengue that forms the basis of the vaccine known as TAK-003. It was 97.7 per cent effective at preventing dengue 2, but lead researchers said the effect was "modest" against the other three types of the virus.

But preliminary evidence suggests the vaccine failed to protect against dengue 3 in children and teens with no prior dengue exposure, and there was not enough evidence to make a call about its effect on dengue 4, researchers said.

The results suggest "there may be an imbalance in the vaccine, particularly with dengue 3 and maybe dengue 4, but the efficacy was very good," said Dr. Anna Durbin of the Johns Hopkins Bloomberg School of Public Health who helped develop a rival dengue vaccine with the U.S. National Institutes of Health.

Dr Stephen Thomas, a dengue expert at the State University of New York Upstate Medical University who has been a paid adviser for Takeda, Sanofi and several other drugmakers, said the results in dengue 3 "are disappointing from the perspective that the field desires a vaccine with protective efficacy."

However, Thomas said there is more data coming and more follow-up underway, and said there is currently "no indication that the vaccine is doing harm" in people previously exposed to dengue or not.

Takeda said it plans to file for approval in countries with the biggest dengue burden, with the first submission expected in the second half of 2020.

Takeda will release additional data at a medical conference later this month.