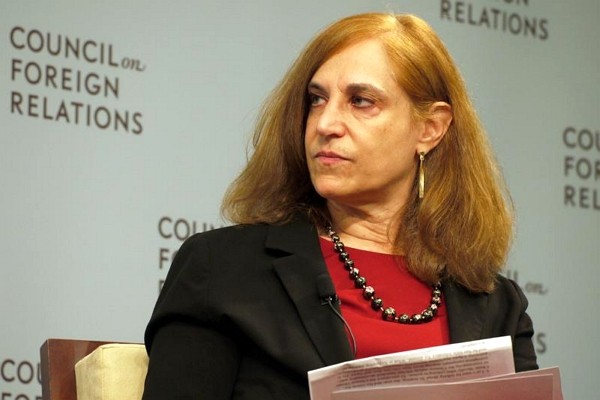 TAIPEI (Taiwan News) — Bonnie Glaser, senior advisor for Asia at the U.S. think tank Center for Strategic and International Studies (CSIS), said during the "China Power" broadcast on Wednesday (Nov. 6) that China will likely implement more aggressive measures to unify Taiwan if the "one country, two systems" framework proves to be ineffective in Hong Kong.

As the ongoing unrest in Hong Kong reaches its fifth month, political leaders and experts are eyeing the situation closely and awaiting China's move. During the broadcast, Glaser discussed the potential actions the Chinese Communist Party (CCP) could take and the importance of the 2020 Taiwanese presidential election with Jude Blanchette, a CSIS expert in Chinese studies, reported Liberty Times.

According to Glaser, how the Hong Kong protests end will determine the Chinese government's approach to Taiwan. She further stated that the long-time impact of the Hong Kong social movement is incalculable, adding that if China's "one country, two systems" agenda fails in Hong Kong, it will certainly re-evaluate its policies toward Taiwan.

Glaser pointed out that although Chinese leader Xi Jinping (習近平) might not use military force, there will undoubtedly be voices from within the CCP that support the idea. She also said that Xi faces more pressing issues, including the U.S.-China trade war and the oversized Chinese population, but that Taiwan should be prepared for more diplomatic, political, and military pressure from across the Taiwan Strait, reported CNA.

Glaser also presented her opinion on Taiwan's upcoming presidential election, saying that more Taiwanese voters expressed their support for Democratic Progressive Party president Tsai Ing-wen (蔡英文) because of the Hong Kong protests. She said Taiwanese are worried about the uncertainties and possible consequences of electing a China-friendly president.