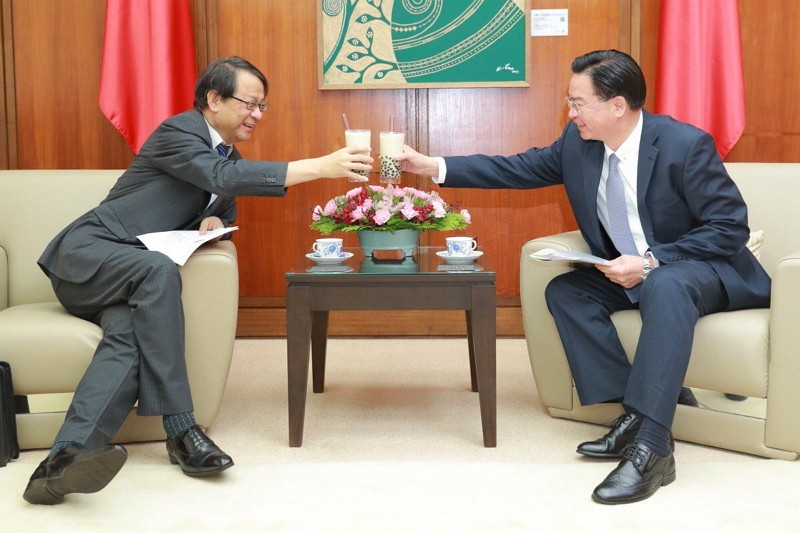 In a tweet, Wu posted photos of the meeting in which he made a toast to the Japanese official with bubble tea, or tapioca milk tea — Taiwan’s signature drink that has taken the Northeast Asian country by storm recently, with shops springing up throughout major Japanese cities.

Wu, who is known for expressing his views candidly on Twitter on behalf of the Ministry of Foreign Affairs, extended a warm welcome to the Japanese diplomat in the post, tagging it with #BubbleTeaDiplomacy.”

Hiroyasu Izumi, 62, was appointed as the head of the Japan-Taiwan Exchange Association, the de facto Japanese embassy in Taiwan, on Oct. 24 and assumed office on Nov. 1. He has previously been posted to the U.K., the U.S., China, and Bangladesh.