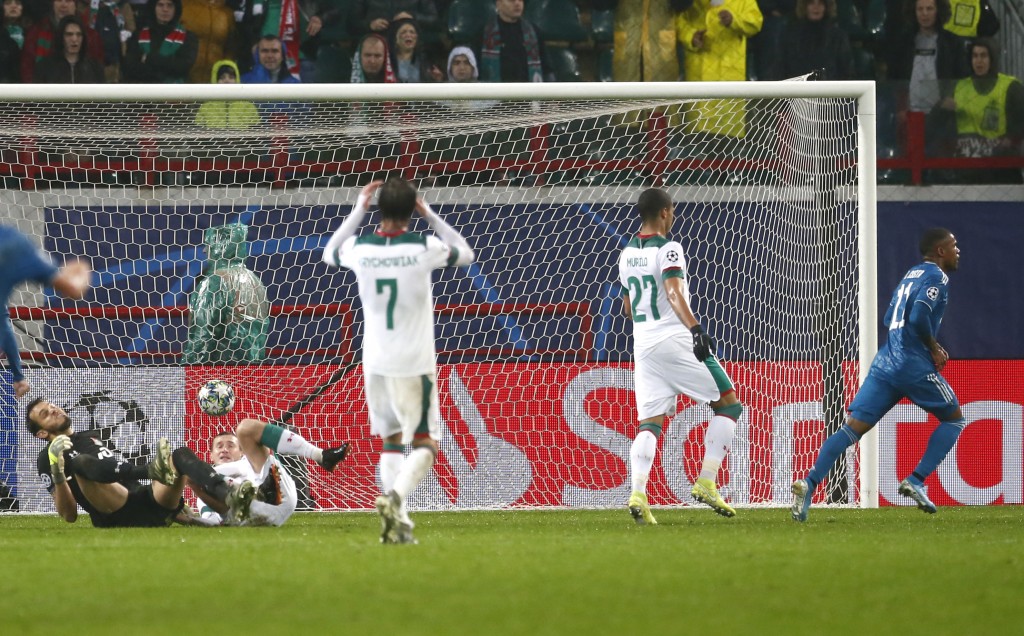 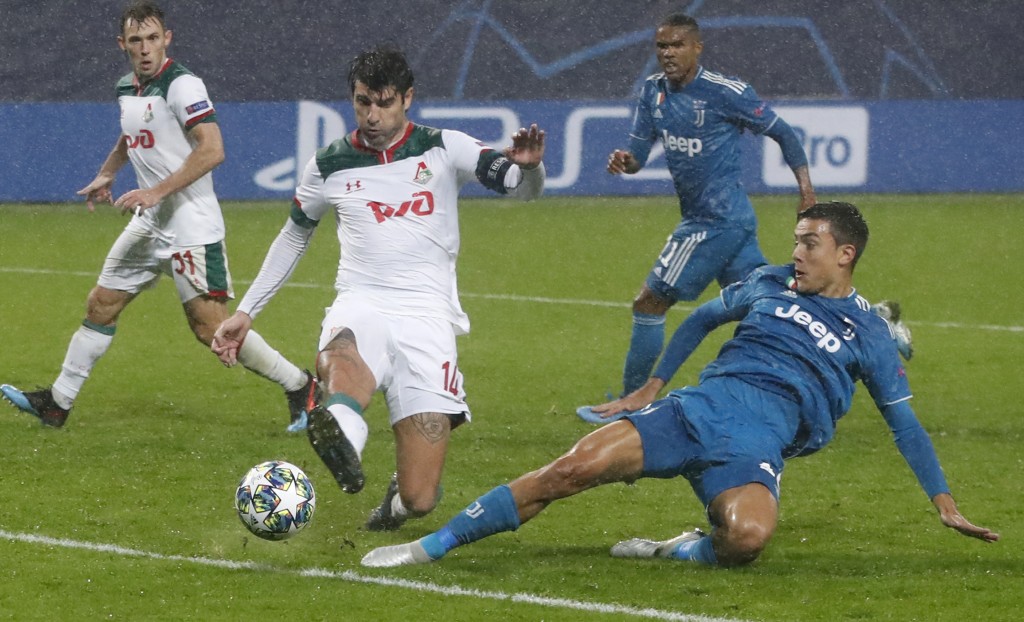 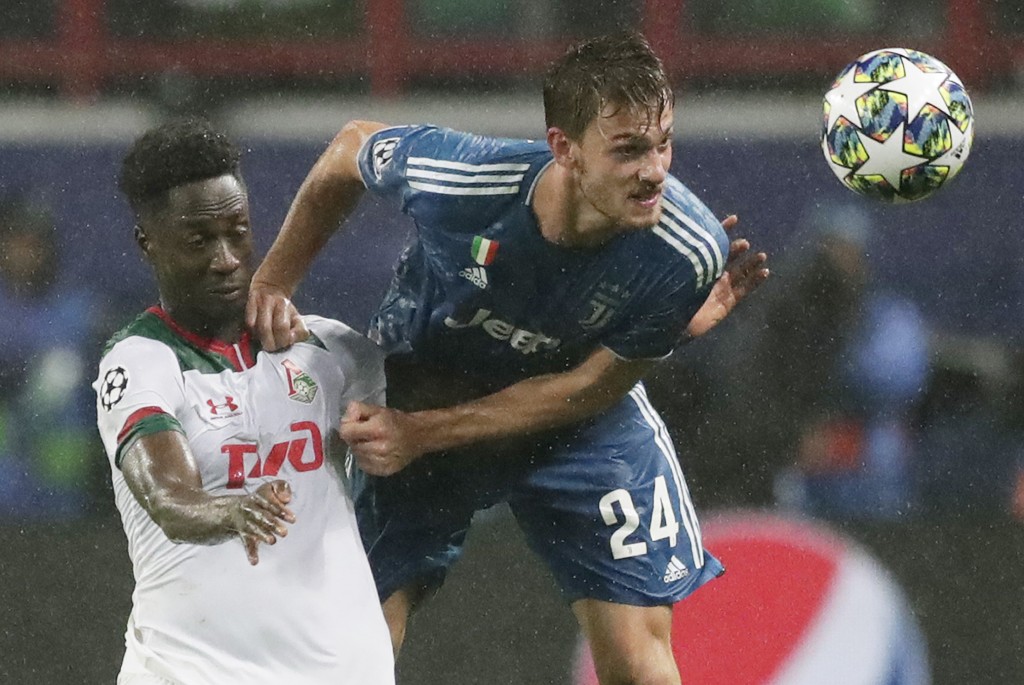 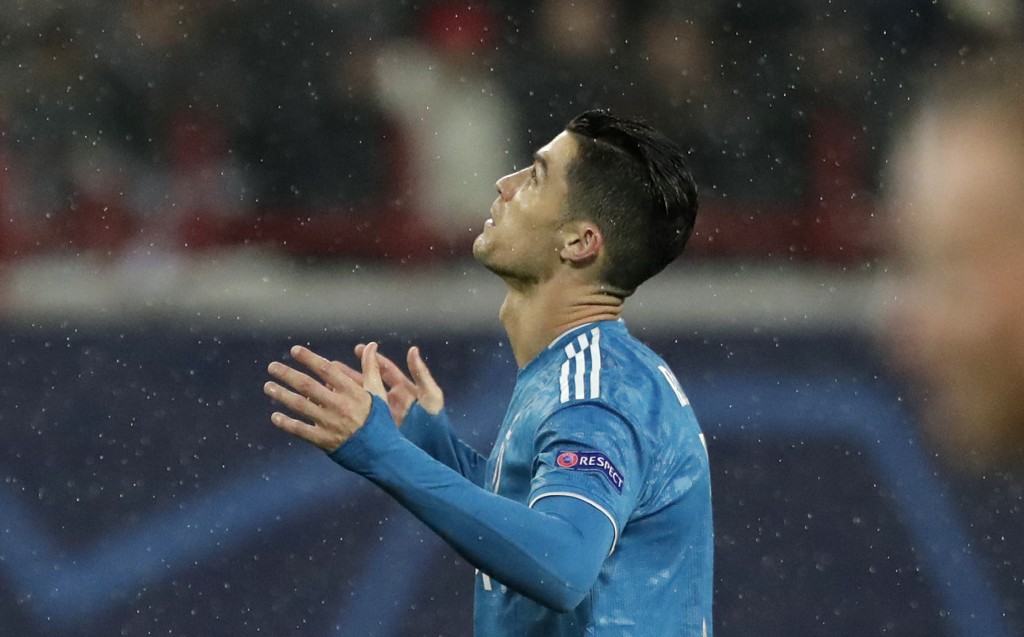 MOSCOW (AP) — Douglas Costa scored the winning goal in the 93rd minute to send Juventus through to the Champions League knockout stages with a 2-1 win over Lokomotiv Moscow on Wednesday.

The Russian club leveled after Juventus took an early lead and looked headed for a point before a moment of individual brilliance from Douglas Costa.

The Brazilian picked up the ball on the left flank and cut inside past three defenders. He then played a one-two with Gonzalo Higuain, dodged two more Lokomotiv players and knocked the ball through goalkeeper Guilherme's legs.

The goal ensured Juventus qualified from Group D with two games to spare.

Juventus took the lead with its 300th Champions League goal in confusing circumstances in the fourth minute.

Cristiano Ronaldo curled in a free kick from the left flank and Lokomotiv goalkeeper Guilherme let the wet ball slip through his hands. As it rolled over the line, Aaron Ramsey poked it into the net. UEFA credited Ramsey as the scorer.

Juventus' lead lasted just eight minutes before Alexei Miranchuk leveled for Lokomotiv, knocking in the rebound after his header hit the post.

Guilherme made a string of good saves to keep Lokomotiv in the game, making up for his earlier blunder before Douglas Costa scored the winner.