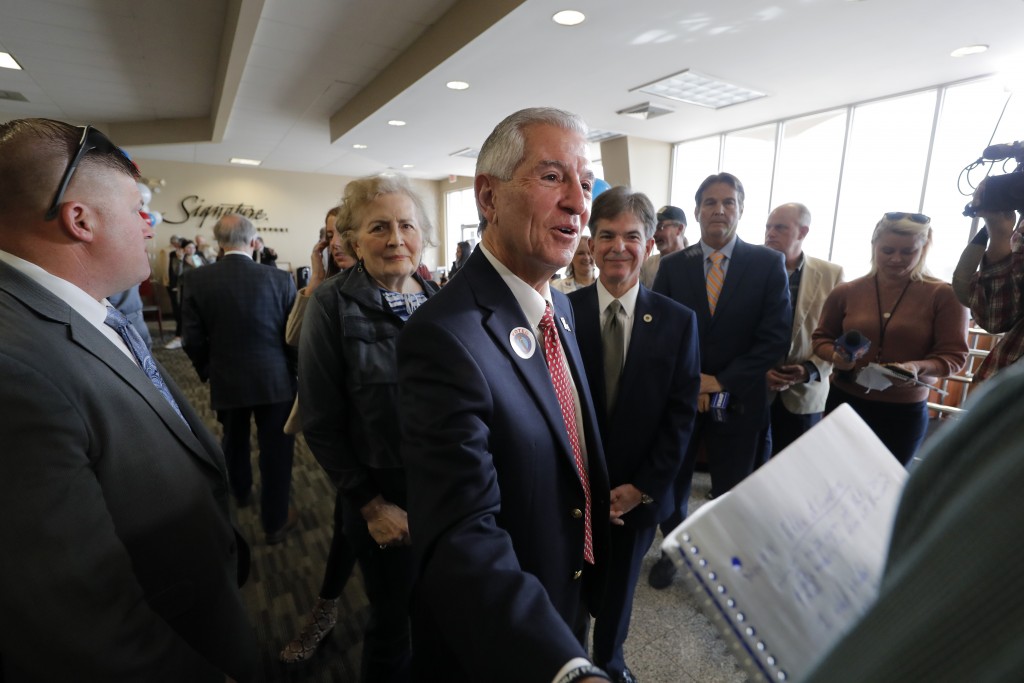 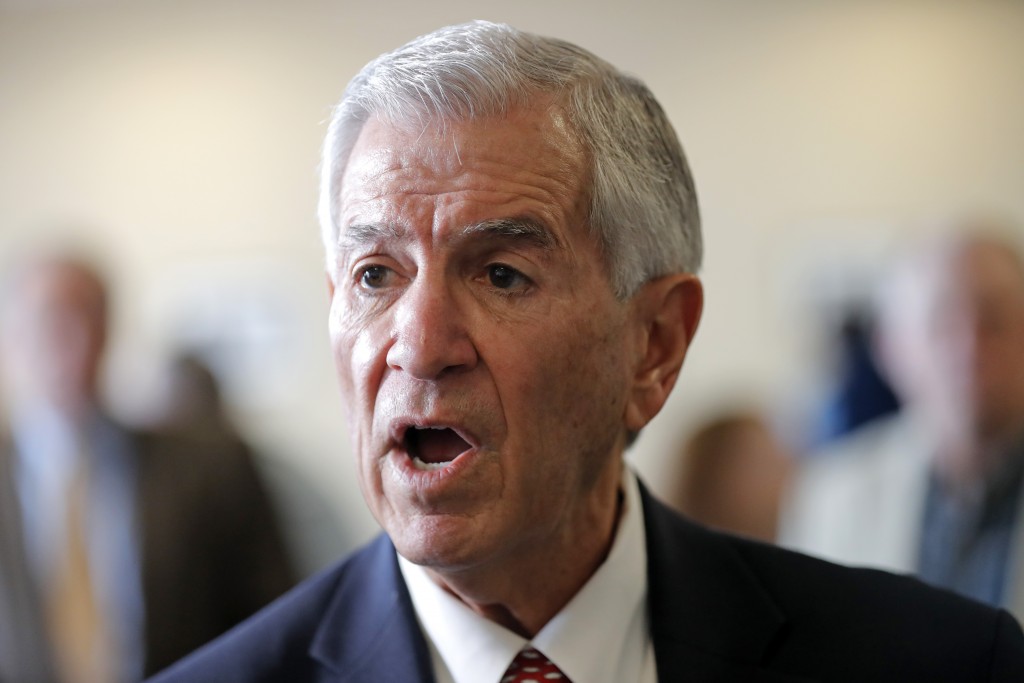 BATON ROUGE, La. (AP) — With voting complete in Mississippi and Kentucky, President Donald Trump is turning attention to the last gubernatorial contest of the year, bidding to drive out Louisiana's Democratic governor in a show of political influence ahead of the 2020 elections.

The president is to travel Wednesday to the northeastern Louisiana city of Monroe hoping to muster votes for Republican businessman Eddie Rispone and keep Democrat John Bel Edwards from a second term in a crimson state Trump won by 20 percentage points. Early voting ends Saturday in the Nov. 16 election.

An endorsement video circulated by the state GOP shows Trump describing Rispone as "a fantastic man, a great success. Everything he's touched has turned to gold." The president calls Edwards "a disaster."

Republicans want to reclaim the governorship in a Deep South state where they believe Edwards won in a 2015 fluke election against a flawed candidate beset by a prostitution scandal. Democrats believe securing a second Edwards victory could demonstrate competitiveness in states where the party rarely achieves a statewide office. A GOP loss could raise questions about the strength of Trump's political coattails, but not necessarily his reelection chances, particularly since Louisiana is expected to easily back the president for reelection in 2020.

Trump is visiting the heart of the congressional district represented by Republican Ralph Abraham, the third-place finisher in the gubernatorial primary. Both Rispone and Edwards are competing for Abraham's voters. Polls show a tight race, with few undecided and both campaigns hoping Trump will mobilize voters in their bases.

"Most people have made up their mind. This is essentially a tie race at this point. It's who gets out the vote," Rispone told a Republican women's luncheon Tuesday.

A longtime Republican political donor who has poured millions of his own money into the campaign, Rispone has tied his candidacy to Trump, introducing himself to voters in TV ads by talking about his support for the president.

The owner of an industrial contracting firm, Rispone avoids many specifics about what he would do in office. Rispone's campaign strategy involves panning Edwards as a "liberal, tax and spend, career politician and trial lawyer" and nationalizing the race. He regularly compares himself to Trump, declaring both are "conservative outsiders."

Edwards, a former state lawmaker and military veteran, downplays national issues, in favor of a defense of his own performance. He reminds voters about his Medicaid expansion program that dropped Louisiana's uninsured rate below the national average and his work on a bipartisan tax deal that ended years of budget instability.

Both anti-abortion and pro-gun, Edwards in many ways doesn't match the platform of the national Democratic Party. But he holds positions that helped him draw support in 2015 from the Republican and independent voters he needs to win again.

Even as Trump campaigns against him, Edwards sidesteps criticism of the president, describing a good working relationship with the White House.

"The president is doing what his party expects him to do. When it was time for governing, he invited me to the White House nine times," Edwards said.

He calls Trump's criticism "general talking points" he uses no matter the state or candidate. He notes, for example, the president claims Edwards threatens Second Amendment rights — but Edwards, Trump and Rispone don't differ in their positions on guns.

At a campaign stop Wednesday in Monroe, Edwards pointed to the Kentucky governor's race, where results showed Democrat Andy Beshear in the lead by a few thousand votes over Republican Gov. Matt Bevin, a Trump ally. Edwards said Kentucky voters didn't cast their ballots based on Trump's visits, and he expects Louisiana voters won't either. Trump had joined Bevin at a Kentucky rally hours before Tuesday's vote.

"The people of Louisiana, like the people of Kentucky, they will decide this race based on Louisiana issues, not Washington, D.C. issues," Edwards said.

Ahead of Wednesday's rally, Rispone blamed Edwards for anti-Trump radio ads recently released by a New Orleans organization. One ad linked the president and Rispone to white supremacist David Duke and encourage minority voters to "vote against hatred" by choosing Edwards. Rispone called it fearmongering. Edwards said he had nothing to do with the advertising.