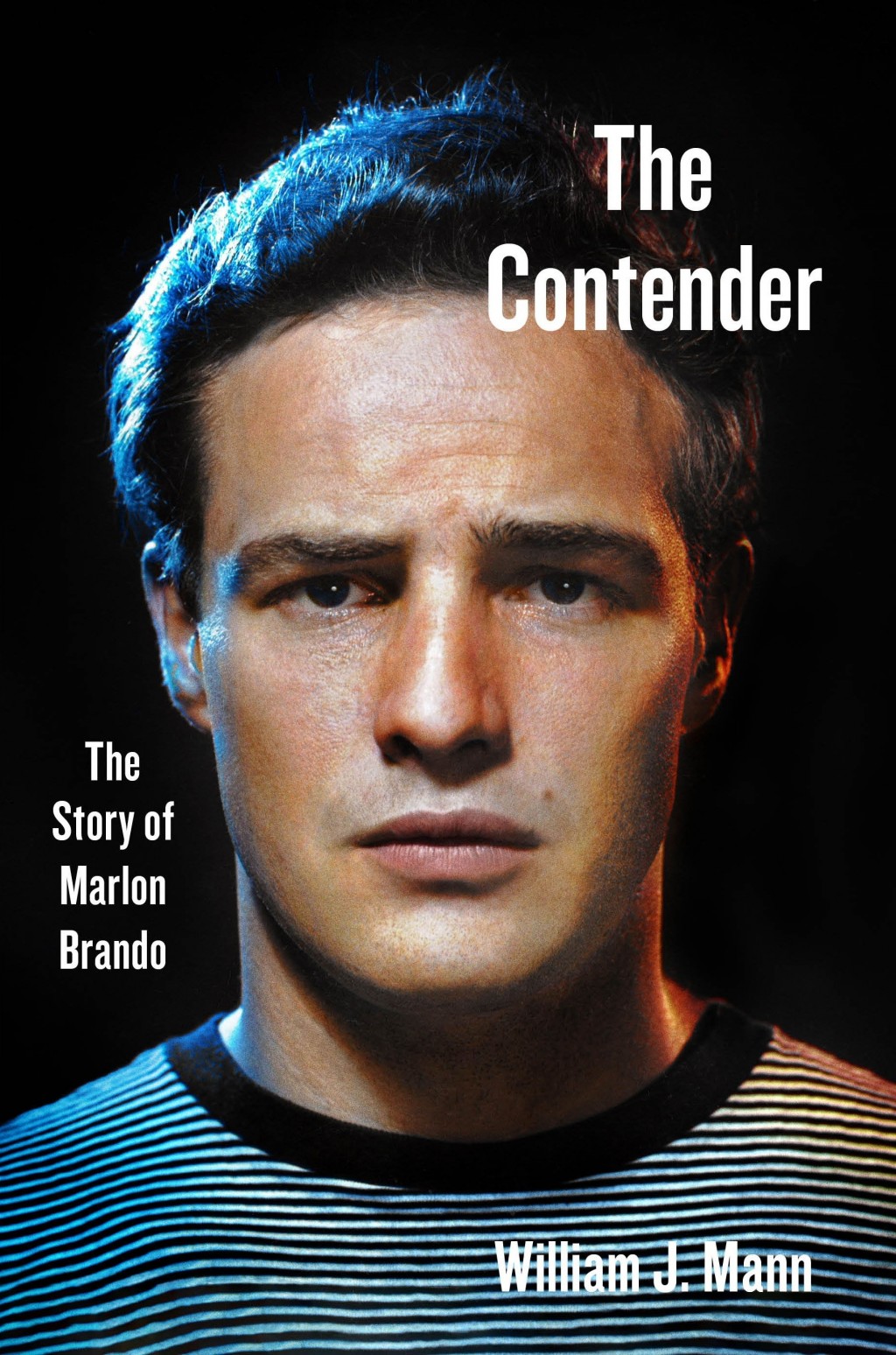 "The Contender: The Story of Marlon Brando," Harper, by William J. Mann

Marlon Brando made no apologies for being an iconoclast and living and loving as he chose, even scorning the adulation that came with being called the most influential actor in the last seven decades.

The media-fed public often saw hypocrisy and wasted talent in Brando, a man who badmouthed Hollywood while taking its millions. For every "On the Waterfront" (1954) and "The Godfather" (1972) were stacks of forgettable films that just paid the bills. And with a private island, multiple wives, multiple girlfriends and multiple children — at least three after age 64 — those bills could be enormous.

Biographer William J. Mann sets out in "The Contender: The Story of Marlon Brando" to give the actor the dominant voice in his own story, serving as the advocate Brando is often denied in articles and books. Well-written and also sympathetic, if overly so at times, Mann's book presents a necessary re-examination of Brando and his tumultuous life. His movies are wholly secondary, just as Brando thought of them.

Twists and turns throughout his 80 years (1924-2004) could be as compelling as the drama within "A Streetcar Named Desire" (1951). In Mann's telling, Brando's personal troubles were forged in his upbringing in the Midwest, first in his birthplace of Omaha, Nebraska, then in the small town of Libertyville, Illinois. Both of his parents were alcoholics and Brando would spend his life trying to forgive his distant, hypercritical father and his loving but emotionally disturbed mother.

His own mental illness was a kind of post-traumatic stress that fueled lifelong mood swings and deep, dark depressions as well as compulsive womanizing. It may have been at the root of his defiant nature. In "The Wild One" (1953) his famous line rings so true: Asked what he's rebelling against, leather-clad biker Johnny replies, "Whaddya got?"

Mann makes a case for young "Bud" desperately needing and searching for security and direction, then and later. Kicked out of military school, the self-centered troublemaking teenager found both in New York after taking drama classes at The New School and being encouraged to develop his "unspoiled naturalism," as Mann calls it. A production of the fantasy play "Hannele's Way to Heaven" in December 1943 — he played the double role of a schoolteacher and Christ — gave Brando at 19 his first taste of praise and achievement. Yet there would always be a rage below the surface and a lack of discipline above it. Unlike his classmates, he didn't see acting as a serious endeavor.

This period set the template for Brando's life. He stayed with acting because it gave him purpose and financial security and funded the pursuits that interested him, particularly social activism. As a young man he traveled with a group promoting a postwar Jewish state and in the 1960s marched with the Rev. Martin Luther King Jr., all before his support of American Indians led to his infamous snub of the Academy Awards in 1973.

Brando cared about acting most when he worked with director Elia Kazan, who made him a star with "Streetcar" on stage and film and guided him in two other movies, "Viva Zapata!" (1952) and "On the Waterfront." Kazan understood that creating characters like Stanley Kowalski, Emiliano Zapata and Terry Malloy energized Brando, not memorizing lines. Nearly 20 years later, the role of Don Corleone in "The Godfather" provided another rare moment in which Brando took pride in his work and excited audiences around the world.

"The Contender" is a standout biography, providing an empathetic look at Brando's struggle with himself. Like Terry Malloy, Brando at times believed he could have been a contender as an activist had he not taken the big bucks and instead focused on trying to make a difference in the world.

Changing acting forever wasn't enough for Brando, and his loss became our gain.