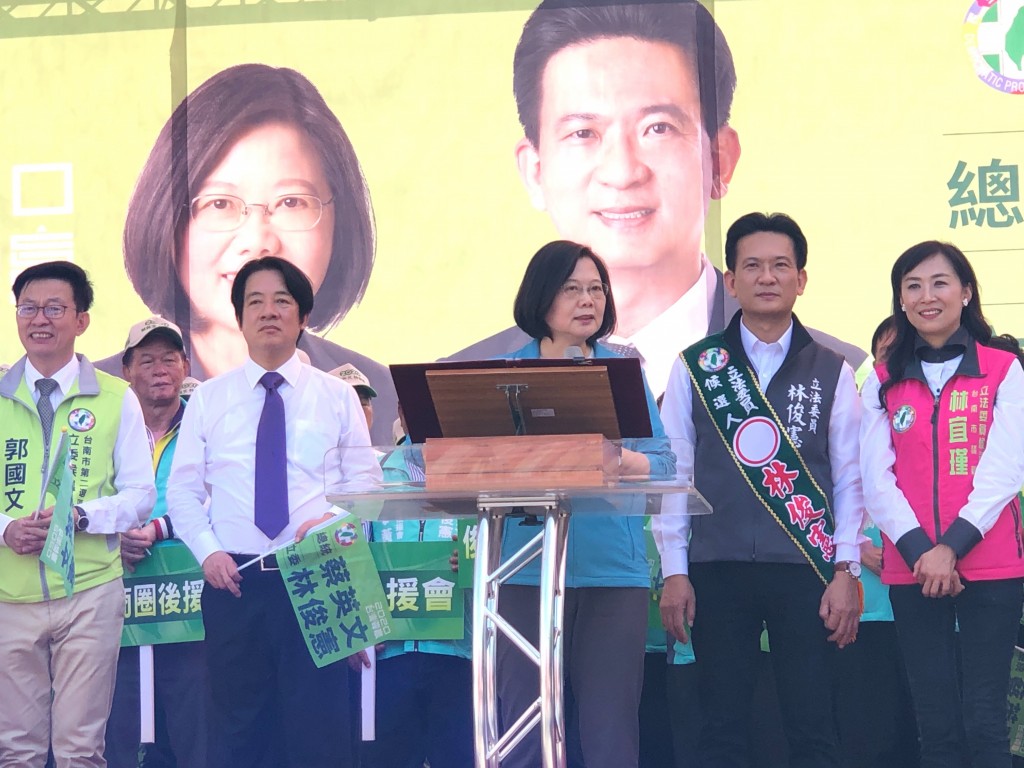 Since their rivalry in the Democratic Progressive Party (DPP) primaries earlier this year, the two appeared in public together for the first time last Saturday (Nov. 2) at an event for a legislative candidate in Tainan.

Media reports on Wednesday (Nov. 6) said Tsai might announce she had chosen Lai to be her vice-presidential candidate at the earliest on Nov. 14.

The aim was to help the president win re-election and to see the DPP hold on to its absolute majority at the Legislative Yuan, the spokesman said.

Other DPP officials told reporters they had not heard Nov. 14 mentioned as the date for any important announcement, but they would respect the opinions of the president and of her running mate, with the consultation process likely to bear fruit soon.