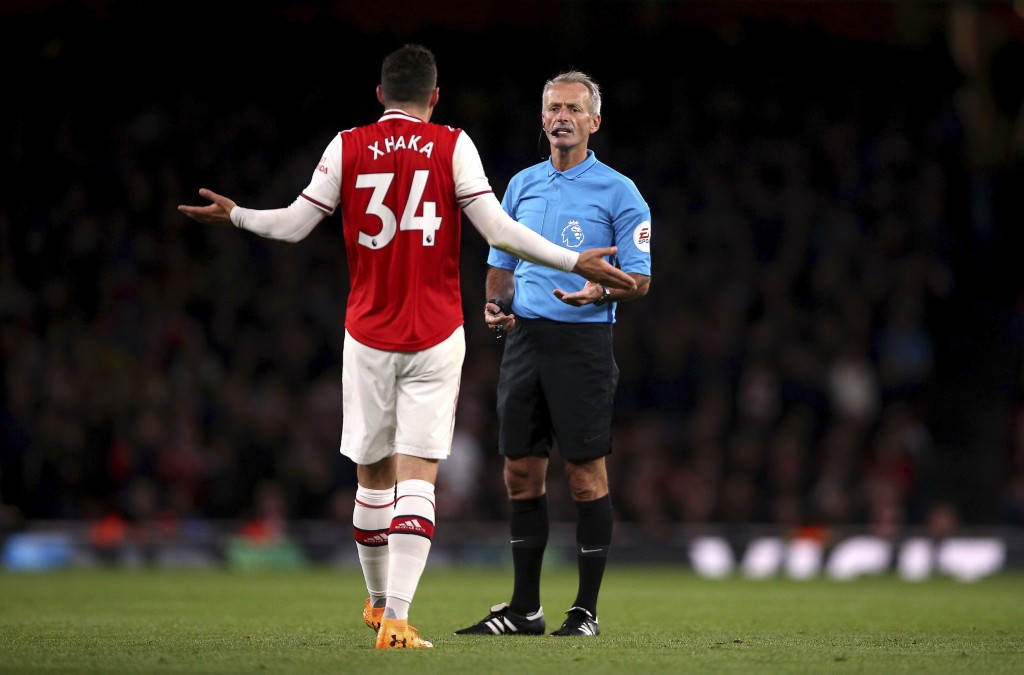 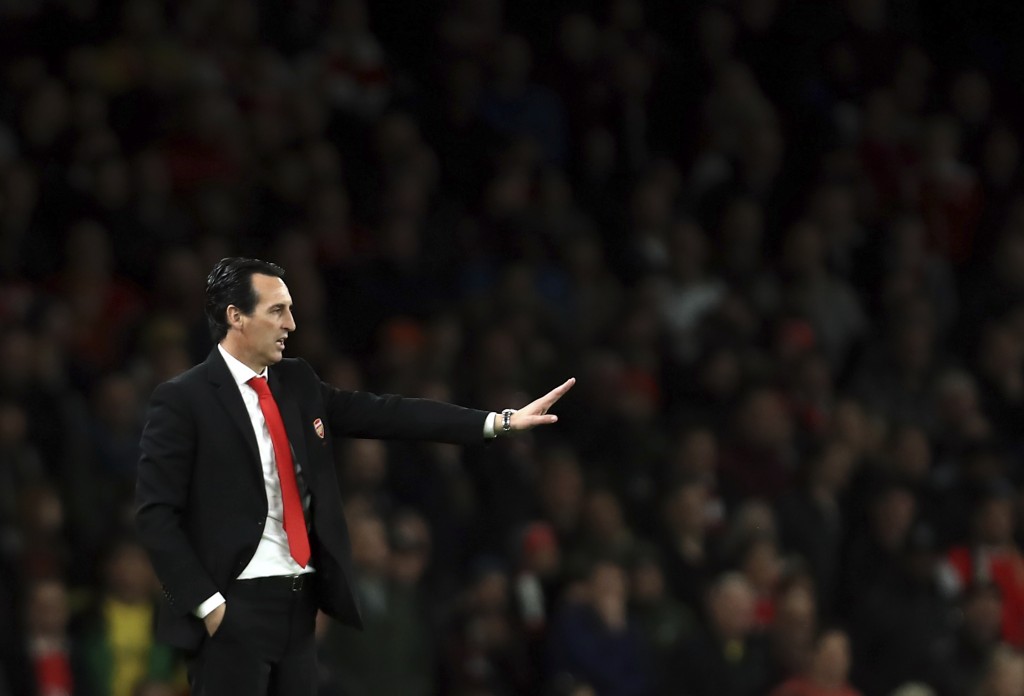 Emery said at a news conference Tuesday that Xhaka will no longer wear the armband that was handed to him this summer after Laurent Koscielny forced a move back to France.

Speaking ahead of Wednesday's Europa League game at Portuguese side Vitoria, Emery said "I was speaking with him this morning and also I decided he is not one of the captains in our group. ... He accepted my decision."

Xhaka swore and gesticulated at fans as he was jeered following his substitution in a recent 2-2 draw against Crystal Palace.

The 27-year-old midfielder has since issued a statement saying that ongoing social media abuse aimed at his family played a large part in his furious reaction.

The midfielder has not played for Arsenal since and was left out of the traveling squad for Wednesday's game.

Emery said striker Pierre-Emerick Aubameyang will be his main captain instead.