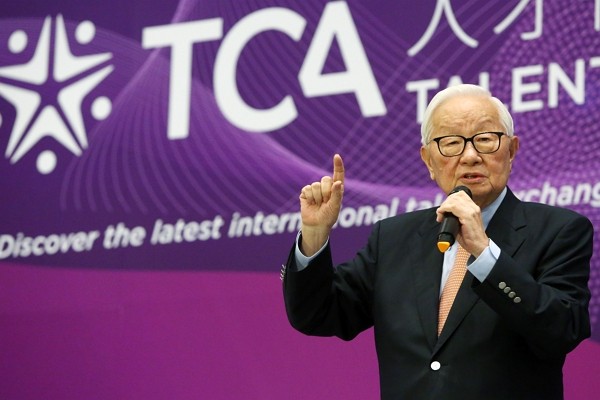 As part of his speech, Chang shared his overseas experiences in the U.S. and said that talent circulation between Taiwan and the U.S. should be deemed as normal. Chang also said he learned something much more valuable than business expertise during the 36 years he lived in the U.S., according to Liberty Times.

Chang attended Harvard University in 1949 and later finished his bachelor's and master's degrees in mechanical engineering at Massachusetts Institute of Technology (MIT). He said it is wonderful that many Taiwanese set a goal of attending National Taiwan University (NTU) but that it should not be their final destination.

Chang said going to the U.S. endowed him with a global outlook, which he sees as the most valuable asset of TSMC. He also encouraged Taiwanese to have modesty and not brag about personal accomplishments while also learning from co-workers who possess better skills and knowledge, reported UDN.