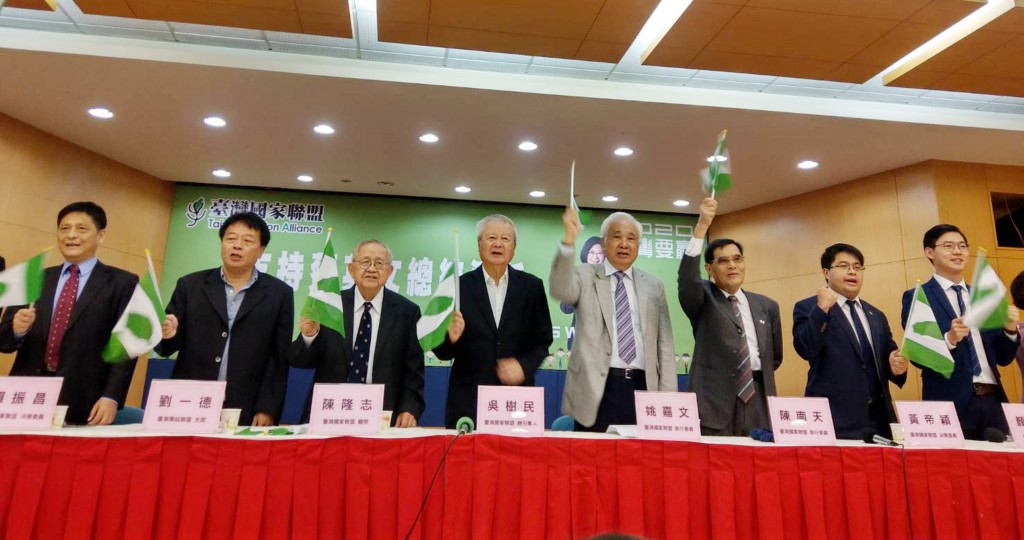 The Taiwan Nation Alliance (TNA), which comprises a number of pro-independence groups, held a press conference on Tuesday (Nov. 5). Representatives from the World United Formosans for Independence (WUFI), Taiwan Association of University Professors, Presbyterian Church in Taiwan, and Taiwan Solidarity Union are among the members of the alliance.

TNA Convener Wu Shu-min (吳樹民), who is also the president of the Wu San-Lian Taiwan Historical Foundation, urged those who hold a grudge against Tsai to “look at the big picture” and “look to the future.” He also expressed concern over China’s interference in the upcoming elections, which he believes poses a great threat to Taiwan’s democracy.

Chen Lung-chu (陳隆志), founder and president of the Taiwan New Century Foundation, asked Taiwanese to “back President Tsai” while rejecting Beijing’s “one country, two systems” principle, which would compromise the island nation’s democracy and fundamental values, such as freedom and human rights.

Yao Chia-wen (姚嘉文), former Examination Yuan President and current senior advisor to the Presidential Office, also advocated Tsai’s reelection. Many people have gone against Tsai for “weird” reasons, which is very worrying, said Yao, adding that members of the alliance have thus decided to come forward and express their stance.

WUFI Chairman Chen Nan-tien (陳南天) complimented Tsai on her capacity for dealing with international affairs and called for unity among pro-independence individuals and groups in the presidential and legislative elections. However, he also warned that a lot of people are still unsatisfied with the Tsai administration’s internal policies, and he asked that more efforts be made to improve the lives of Taiwanese.