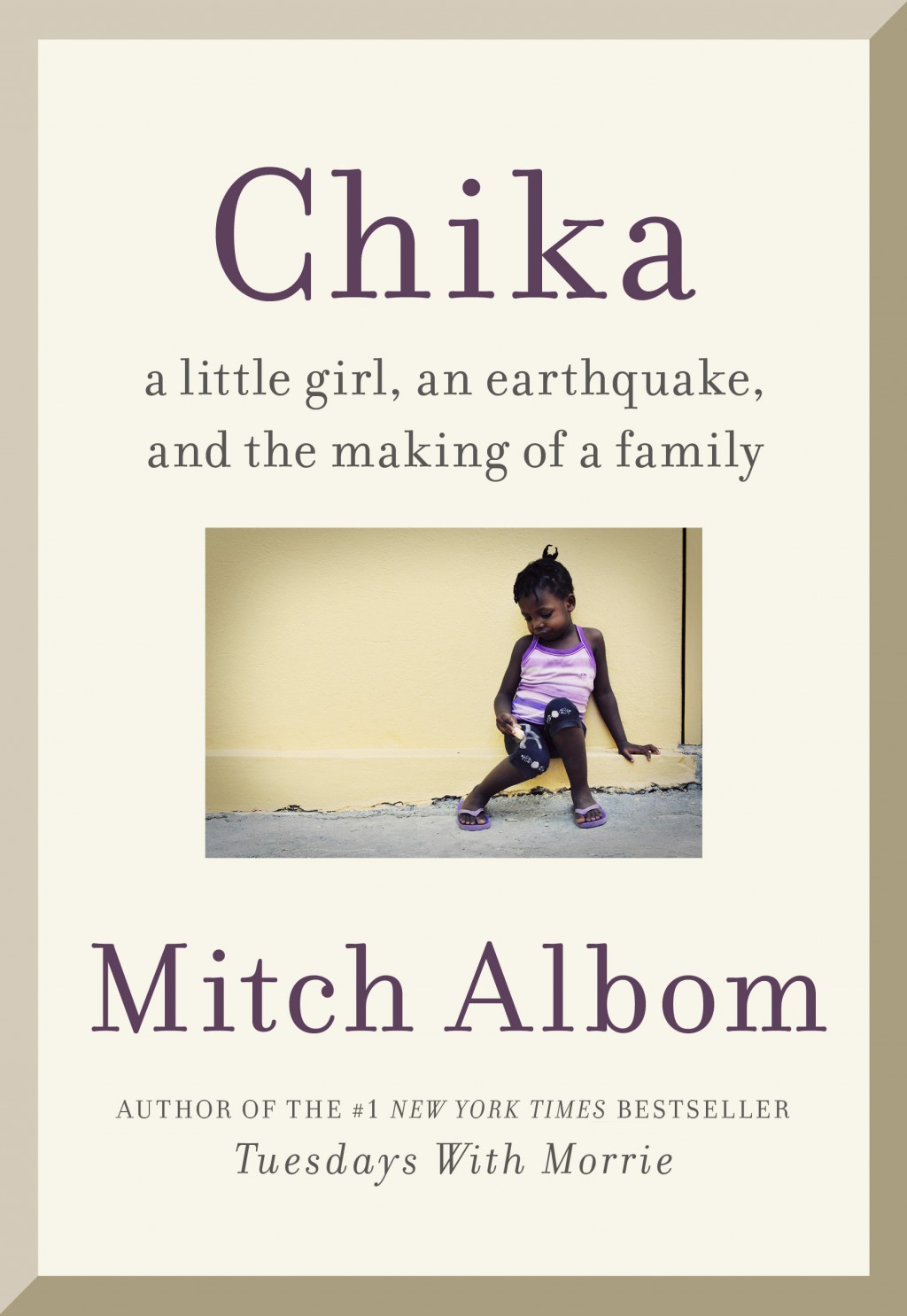 "Finding Chika: a little girl, an earthquake, and the making of a family" (Harper), by Mitch Albom

The author of "Tuesdays with Morrie" has a new memoir in which he again shares lessons learned from someone dear to him who dies. This time, though, instead of an old professor, his teacher is a young girl from the orphanage he runs in Haiti.

It is not a spoiler to reveal that Chika dies. In a rawness that pervades "Finding Chika," Mitch Albom breaks the heartrending news on the very first page. "Her absence left us without breath, or sleep, or appetite, and my wife and I stared straight ahead for long stretches until someone spoke to snap us out of it," Albom writes.

His reflections on Chika's life and how she came to live with them in America as they sought treatment for her brain tumor are punctuated by accounts of Chika's post-mortem "visits" to him as he writes this book in his home office.

"Chika never stays for long. She first appeared eight months after she died, the morning of my father's funeral," Albom explains. "I said her name in disbelief — 'Chika?' — and she turned, so I knew she could hear me. I spoke quickly, believing this was a dream and she would vanish at any moment. That was then. Lately, when she appears, I say, 'Good morning, beautiful girl,' and she says, 'Good morning, Mr. Mitch' ... You can get used to everything in life, I suppose. Even this."

Albom and his wife had no children of their own, a circumstance for which he blames himself. "I thought starting a family was like a new carpet I could store in a closet and unroll when I was ready," he tells Chika during one of her appearances. By the time they tried, years of attempts failed and ultimately the couple settled into the roles of aunt and uncle. "It is all right not to have children if you don't want them, Chika, but if you do, their absence can be aching."

It was both fortuitous and tragic, then, that Albom and his wife became de facto parents to Chika the final years of her life, experiencing parenthood for the first time in late middle age. "I remember times you and I were walking and, without prompting, you reached out and took my hand, your little fingers sliding into mine. I would like to tell you how that felt, but it is too big for words," Albom writes. "You put me on the other end of a magnifying glass or a toy telescope, and through those lenses, I could marvel at the world the way you did. You were an unfailing antidote to adult preoccupation."

Their desperate attempts to find a cure for a notoriously incurable condition, and the many interventions Chika endures, can be difficult to read at times. Despite knowing how it ends, a reader can't help but hope the story turns out differently.

Ultimately, "Finding Chika" is a touching rumination on the magic of children, the extraordinary lengths parents will go for them and the unlikely family that came together across continents.