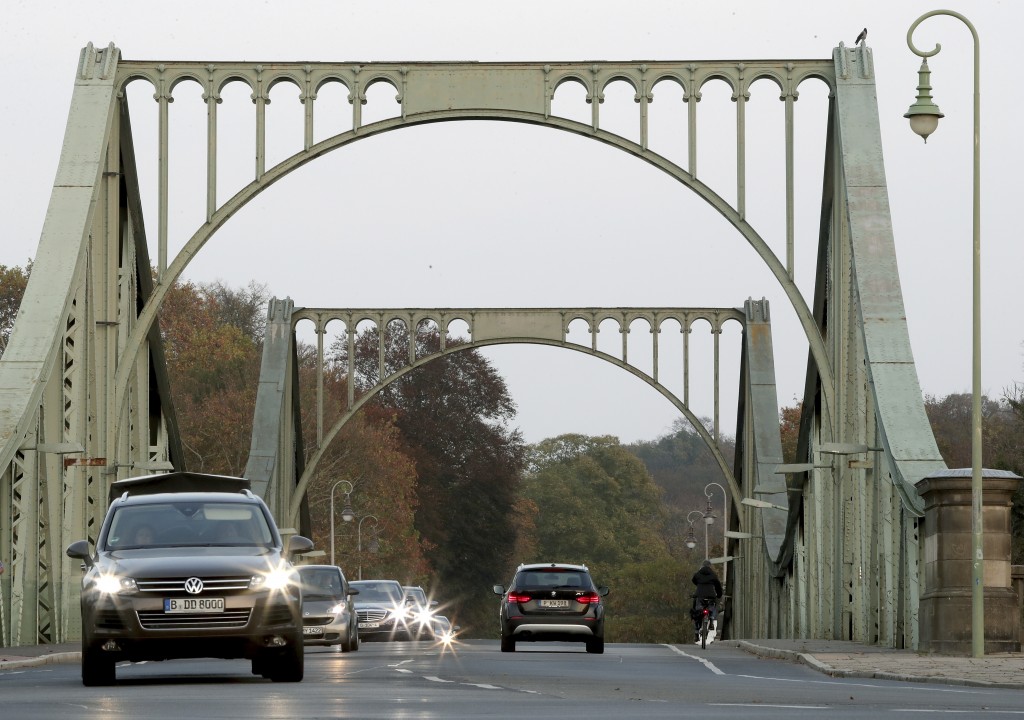 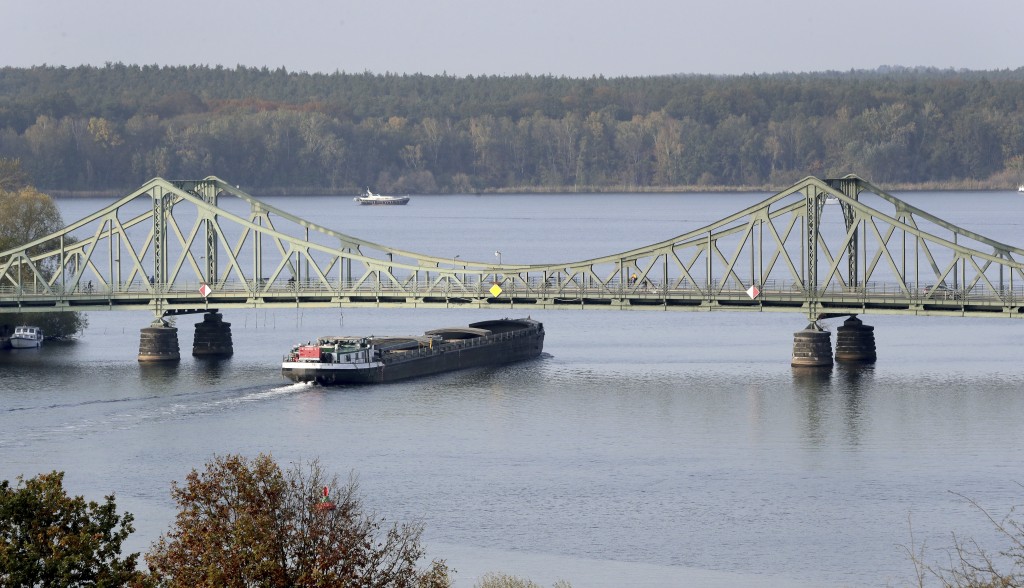 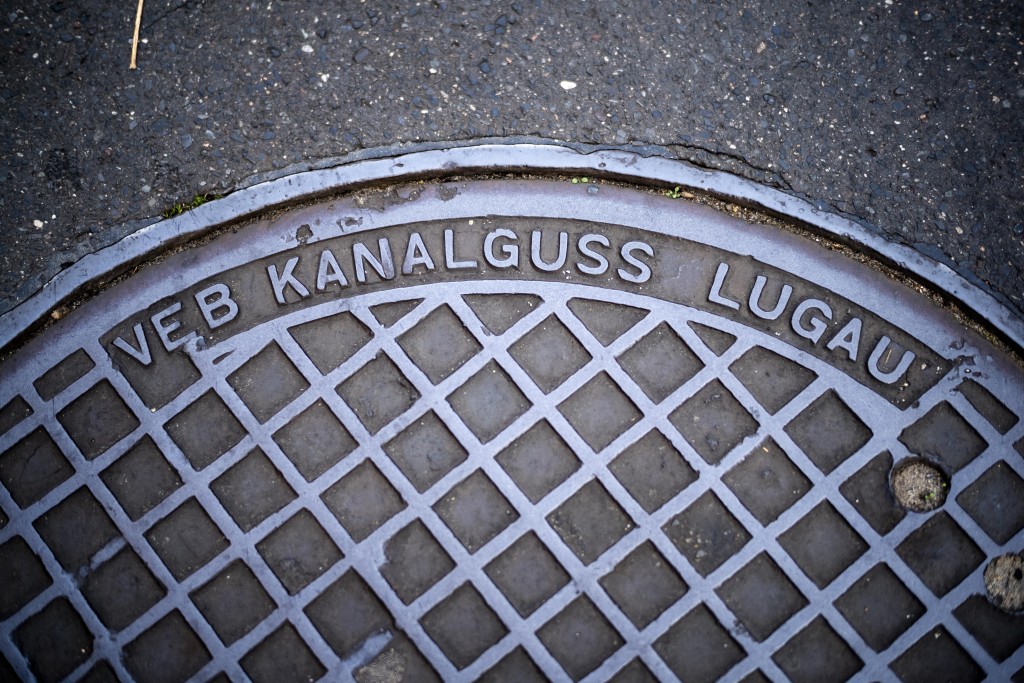 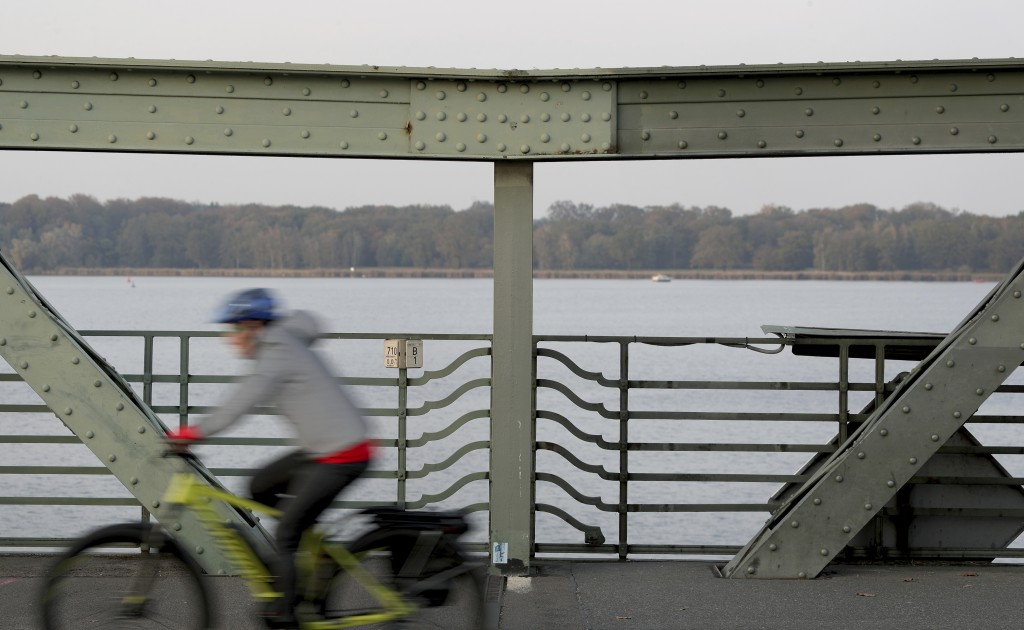 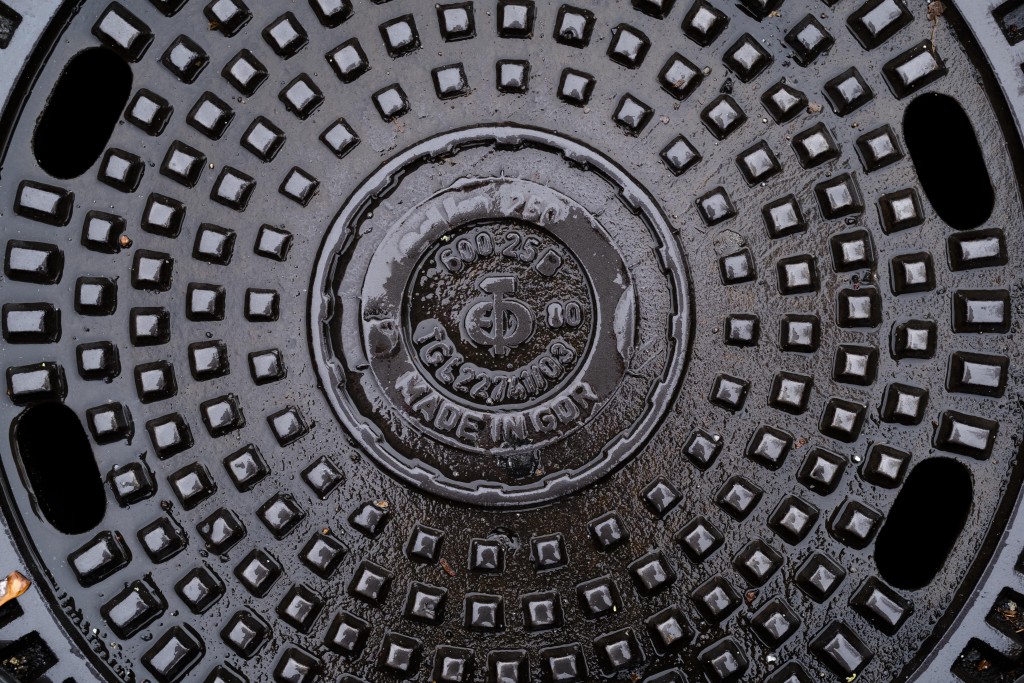 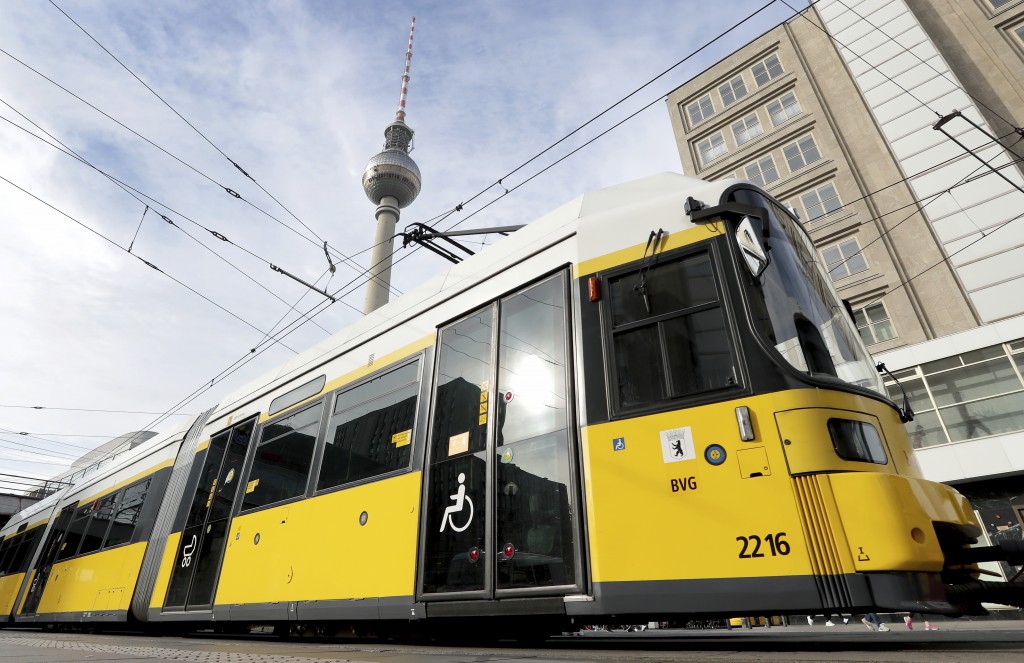 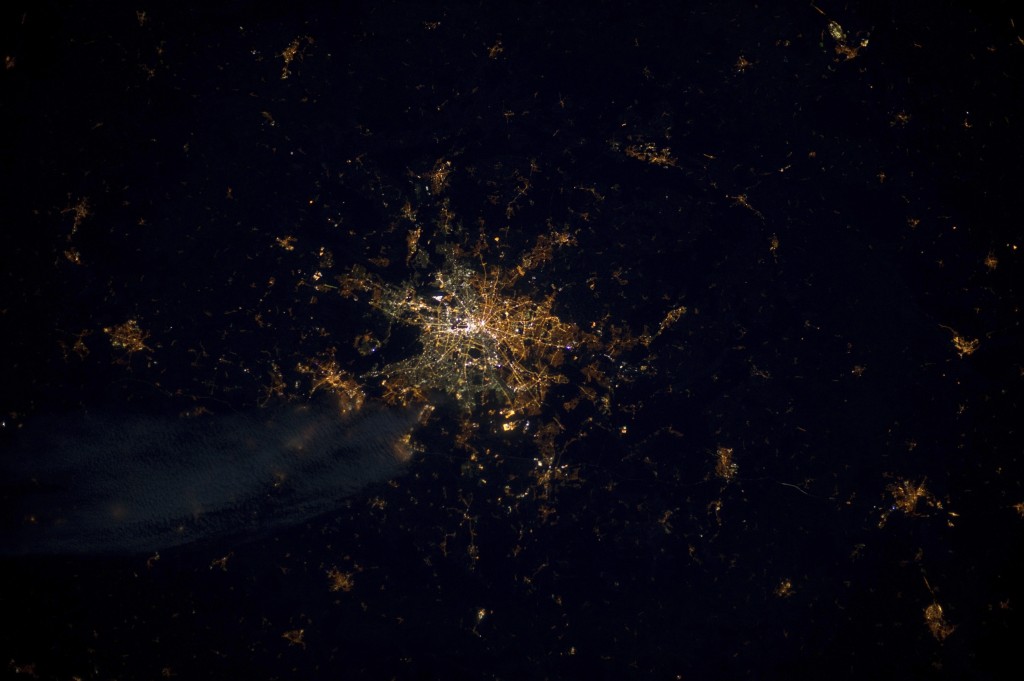 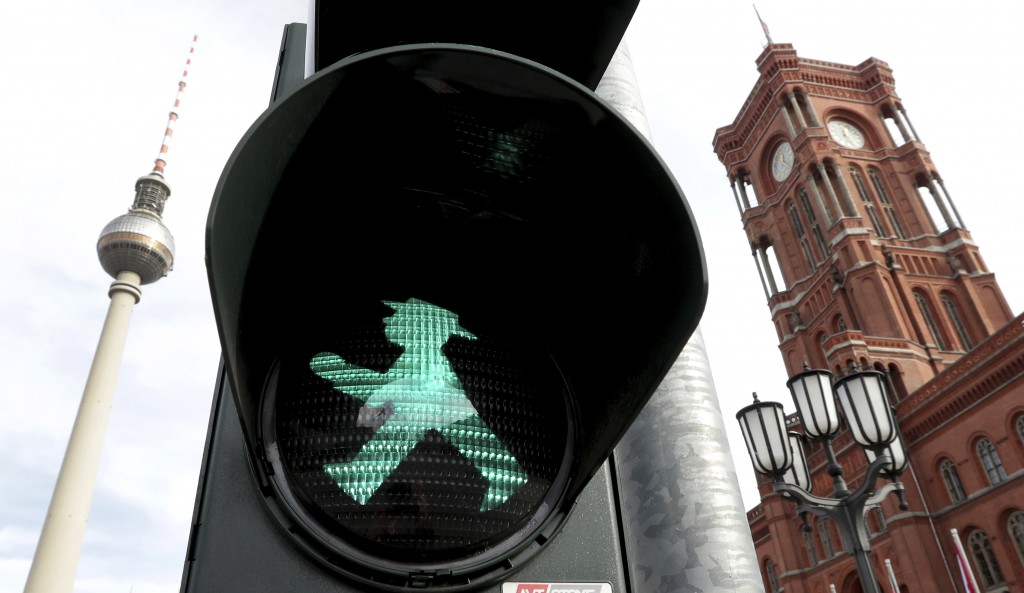 BERLIN (AP) — Thirty years after the fall of the Berlin Wall, the German capital — divided for decades by bricks and barbed wire — has slowly grown back together. Few visible scars remain other than those intentionally left in place to remind Berliners and tourists of the brutal border that claimed the lives of scores of East Germans trying to flee the communist country.

But those who look closely will spot other signs that the city was once split in half: from stop lights to manhole covers, the differences that marked East and West Berlin have survived into the new century, some visible even from space:

Like many products of the east, the Ampelmaennchen — literally the "little traffic light man" — was nearly discarded after the fall of the wall in 1989. The slightly portly green figure with a wide-brimmed hat who told East Germans when they could cross the street faced strong competition from his taller, more sober counterpart in the West.

But a mixture of nostalgia and common sense prevailed.

"Ampelmaennchen is considerably brighter," said Derk Ehlert, a spokesman for Berlin's transportation department. In 2004, the city decided to use only the eastern version and now almost two-thirds of pedestrian traffic lights in Berlin feature the jolly-looking character purposely walking when it's green, or arms outstretched when it's red. He's also a tourist favorite, showing up on tote bags, keychains and even in gummy candy form.

TRAMS TO THE EAST

Berlin's complex public transport system — composed of buses, subway trains, commuter railways and trams — was strictly divided between East and West until reunification. One form of transport that vanished completely from West Berlin was the streetcar system.

Tram-spotters nowadays will catch a few outside the former East Berlin. Over the past 30 years, a few lines have been tentatively extended into the West. But by and large, trams remain firmly part of life in the east of the city.

During the Cold War, the Glienicke Bridge connecting West Berlin to Potsdam in East Germany was famously used as a site for exchanging captured foreign agents. That earned it the nickname "Bridge of Spies" — as seen in the 2015 Tom Hanks film of the same name focused on the exchange of U.S. Air Force pilot Francis Gary Powers for a KGB spy.

Since the two opposing sides couldn't agree to work together when the bridge required repairs, each conducted them separately. The paint was applied differently and faded un-uniformly, and the two shades of green meeting at the middle of the bridge are still clearly visible today.

The East's ailing economy was expected to converge with that of the capitalist West after a period of transition, but numerous differences remain. Even people who only joined the workforce after German reunification in 1990 will find their pensions adjusted depending on which side of the now-nonexistent wall they worked on. Employees on the same street may get different amounts based on the invisible line that exists to this day.

Aficionados of industrial design should keep their eyes on the road. A wide variety of manhole covers exist in Berlin, with some motifs so fetching that entrepreneurs have taken to selling T-shirts featuring them. Among the more unusual ones are those surviving from communist times, when Volkseigene Betriebe — or Publicly Owned Enterprises — manufactured manhole covers for East German streets. While the East German designs will eventually be replaced because they don't conform to new standards, Ehlert says there's an ample supply in storage for now.

Many buildings in Berlin had become uninhabitable due to the destruction of World War II. Instead of attempting to rebuild the old buildings, the new communist leadership in the East decided to create vast housing projects on the edge of the city using prefabricated concrete slabs that were cheap to produce and assemble. While these so-called Plattenbauten exist in the West of the city, too, they remain most distinctive of the East.

Turkish greengrocers are most likely to be found in the former West Berlin, while Vietnamese stores are a hallmark of the East. Each side attracted different groups of migrants after World War II, drawn from their respective sides of the Iron Curtain — NATO member Turkey for the West and communist Vietnam for the East. Their descendants remain largely aligned with the pre-1990 divide, according to census figures, though easterners have firmly embraced the doener kebab — allegedly invented in Berlin by a Turkish immigrant.

One difference between East and West requires a birds-eye perspective and a clear night sky: seen from above, street lights in the former East Berlin appear slightly more orange; those in the western part of the city are a harsher yellow.

Canadian astronaut Chris Hadfield remarked on the imprint left by the wall in 2013, and a more recent picture taken by Russian cosmonaut Oleg Novitsky also shows the divide.

According to Ehlert, the difference is less to do with the type of lights used than with the fittings and shades.

Berlin's street lights also hail from other epochs, like the still-in-use gas lanterns that date to the early 20th century or before, and those designed by Adolf Hitler's architect Albert Speer as part of the dictator's never-realized plan for a rebuild of Berlin according to a Nazi vision to be the capital of his new empire and renamed "Germania."

Follow AP's full coverage of the 30th anniversary of the fall of the Berlin Wall at https://www.apnews.com/FalloftheBerlinWall