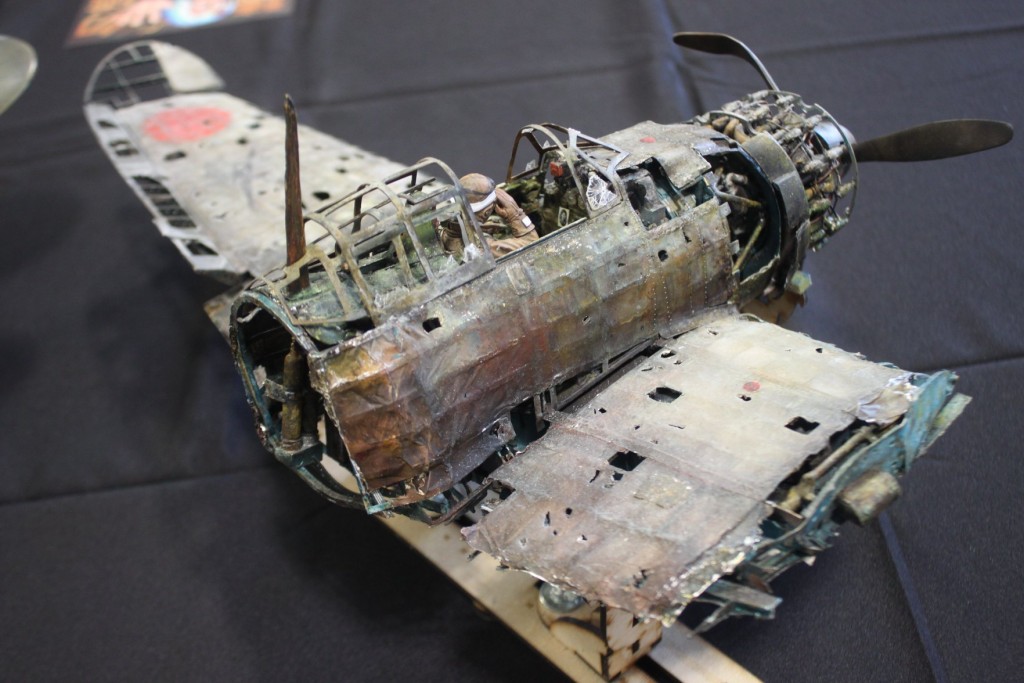 First, second, and third place prizes and seven honorable mentions were awarded in 11 categories. Overall, second, third, and Best in Show prizes were also given to the winners of each category. A children’s category was open to elementary school-aged competitors, and a student category was open to college-aged modelers.

This year, Taiwanese winners of the overall second and Best in Show awards received round trip tickets to Macau and Vienna, respectively, to participate in modeling competitions in those cities. Prizes for the top three finishers included models and modeling tools, such as premium airbrushes running from NT$5,000-NT$10,000.

The Freedom Cup Competition is held annually in conjunction with a Fancy Frontier anime cosplay event. Freedom Model Kits feels that the energy cosplayers bring to the exhibition floor adds excitement to otherwise dry, serious military model competitions. The core value of the Freedom Cup is encouraging young people and new modelers to break out of their shells and have fun by showing off their creations.