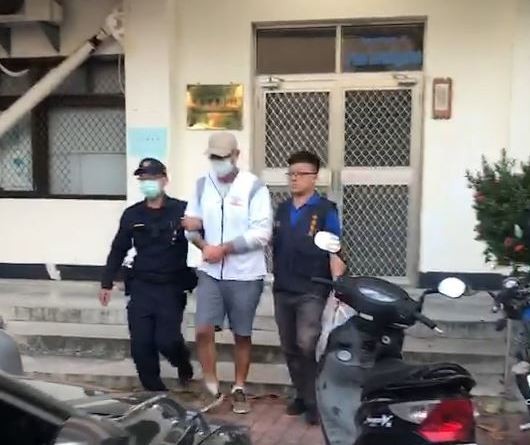 TAIPEI (Taiwan News) — An American who was piloting a remote-controlled (RC) glider suspected of fatally striking a Taiwanese woman on Saturday (Nov. 2), has been released on bail.

A competition for radio-controlled gliders in Pingtung County’s Kenting went fatally wrong at 4:50 p.m. on Saturday (Nov. 2) when a glider controlled by a competitor from the U.S. team hit a 36-year-old woman surnamed Lin (林) in the head, killing her, while she held her two-year-old boy. The glider, which weighed 5 kilograms, also inflicted a minor cut to the boy's neck, according to Hengchun Precinct police.

Lin was part of a tour group from Tainan and had been walking on a wooden path in Kenting's Longpan Park when the glider suddenly fell out of the sky. The site was located 450 meters from the F3F Radio Control Soaring (Slope) World Cup at Longpan Park, leading an expert to suggest that the glider had been thrown off course by a strong wind, UDN reported. Chen Yi-li (陳怡利), the chief prosecutor at the Pingtung District Prosecutors Office, said that forensic analysis found that Lin had suffered severe trauma to her head, prompting the office to investigate the man for negligent homicide, reported CNA. When the RC glider's pilot, identified as David Cortina, 57, was arrested at the scene, he refused to make a formal statement without consulting a lawyer and was held in custody overnight.

At noon on Sunday (Nov. 3), the American Institute in Taiwan (AIT) appointed an attorney for Cortina. At 1 p.m. that day, Hengchun Precinct District prosecutors questioned Cortina, along with Taiwan R/C Slope Glider Association head Tseng Kuo-tung (曾國棟), about the incident, according to the report.

Cortina, a member of the California Team, who had previously participated in an event in Kenting in 2014, said he felt remorse and apologized for the incident that day. After the plane had suddenly disappeared, he said he went searching for it and panicked when he heard that it had struck a passerby. In the afternoon, Cortina was released on NT$200,000 (US$6,500) bail, and he and Tseng face charges of negligent homicide, reported CNA. Prior to his release, Cortina was required to hand over his passport and travel documents to prevent his departure from the country as he awaits trial. Other RC gliders from the race. (CNA photo) 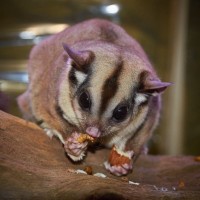 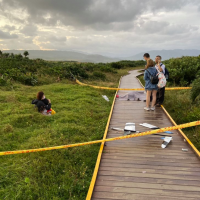