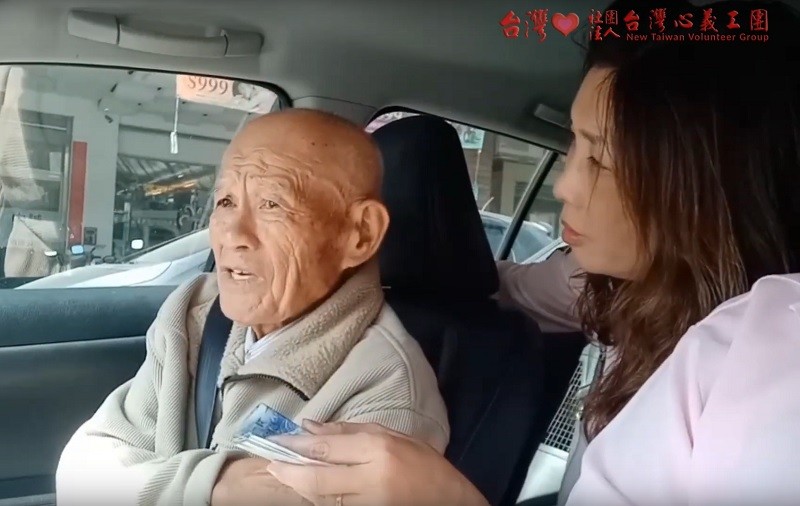 TAIPEI (Taiwan News) – An unnamed 90-year-old Taiwanese man has been lauded for his generosity after taking a trip from his hometown in the southwestern city of Tainan to Changhua County in central Taiwan to help out a poor family of six, SET News Channel reported on Nov. 1 (Friday).

The man learned the family lived in impoverished conditions, with no TV, kitchen, or bathroom, in Erlin Township, Changhua County. According to the report, the family comprises a 30-year-old father surnamed Chen, three young daughters (aged 7, 5, and 3), the man’s disabled father, and blind mother who had a mental illness.

According to a video the NTVG posted on Facebook on Oct. 31, the old man took a bus from his home in Guiren District to the train station and from there to Changhua City. After he got off the train he asked locals about the poor family by showing them the newspaper article about them that he had saved.

Since no one knew where the poor family lived, the old man went to Changhua railway police station. They, in turn, contacted the NTVG in an effort to help the old man find the family.

A female NTVG project manager and her coworkers went to the station, then took the old man to the family. On the way to the poor family's home, the video shows the old man taking out NT$10,000 (US$330) from his pocket, which he says is for the poor family.

The project manger tells the old man they appreciate his kindness very much but he should keep the money. However, the old man insists on donating the money to the NTVG.

He says that he has traveled all this way with a pure heart to help the family. The video then shows the old man meeting the family, who thank him profusely, after which the good Samaritan leaves with a smile on his face.