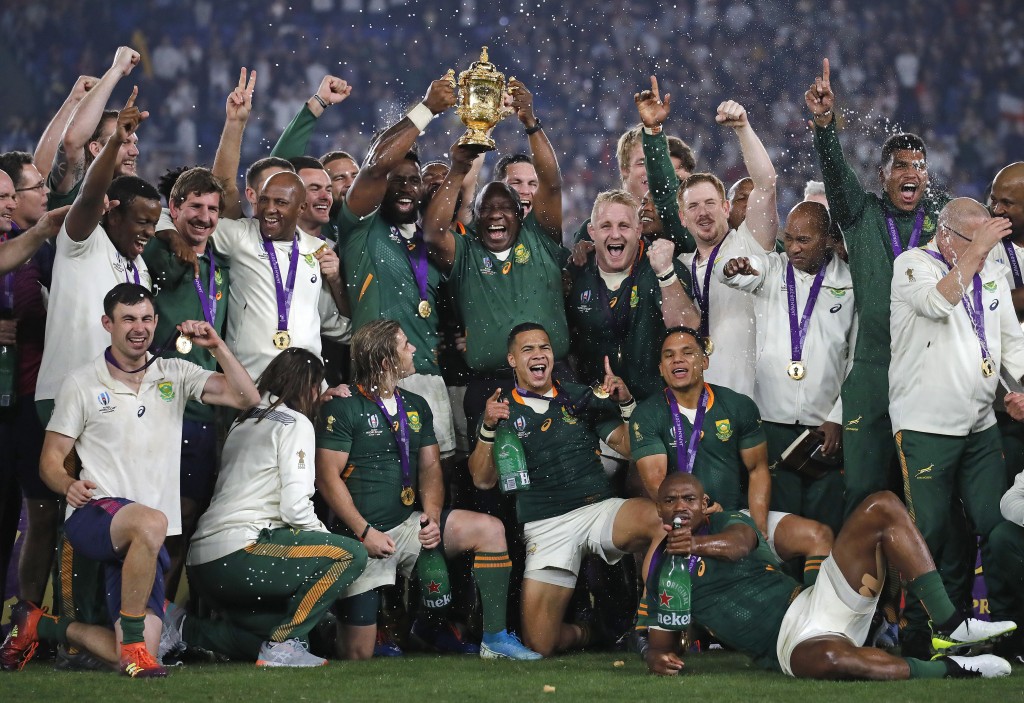 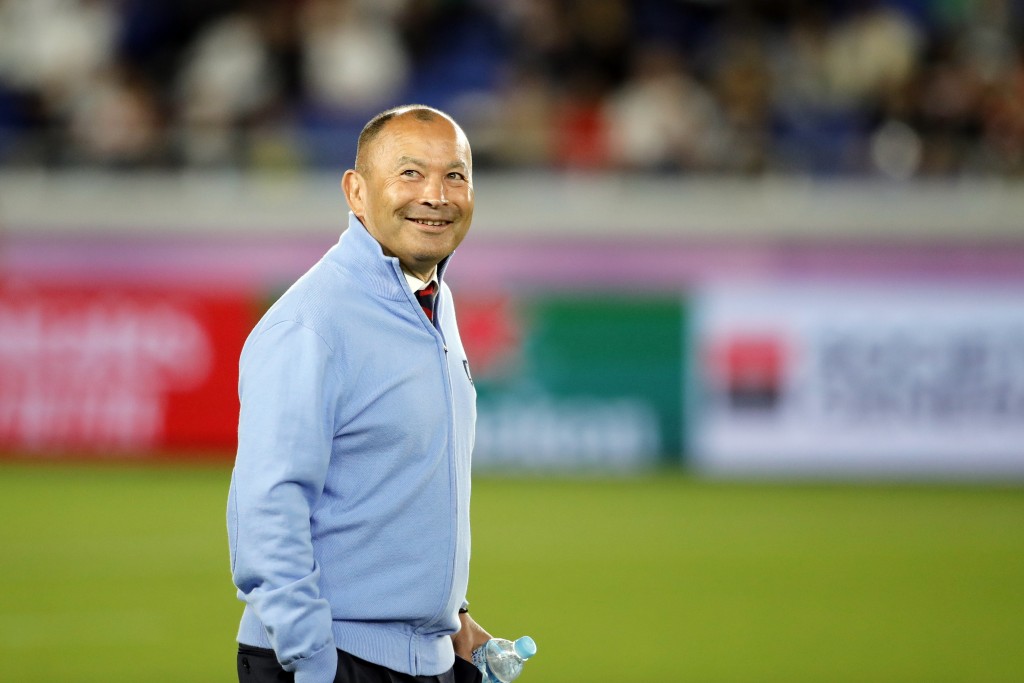 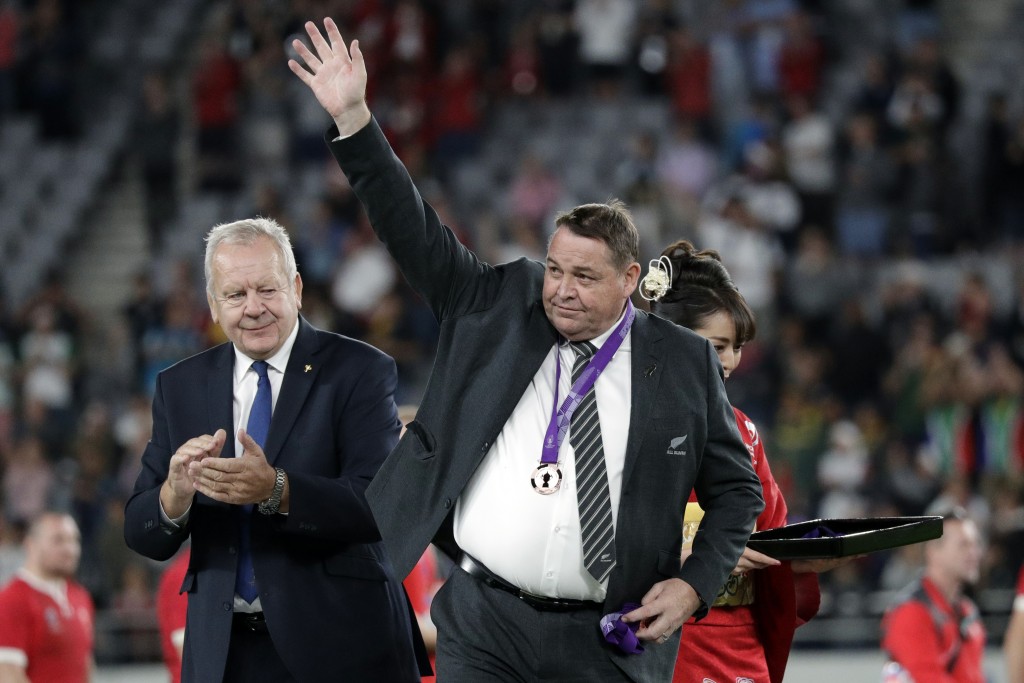 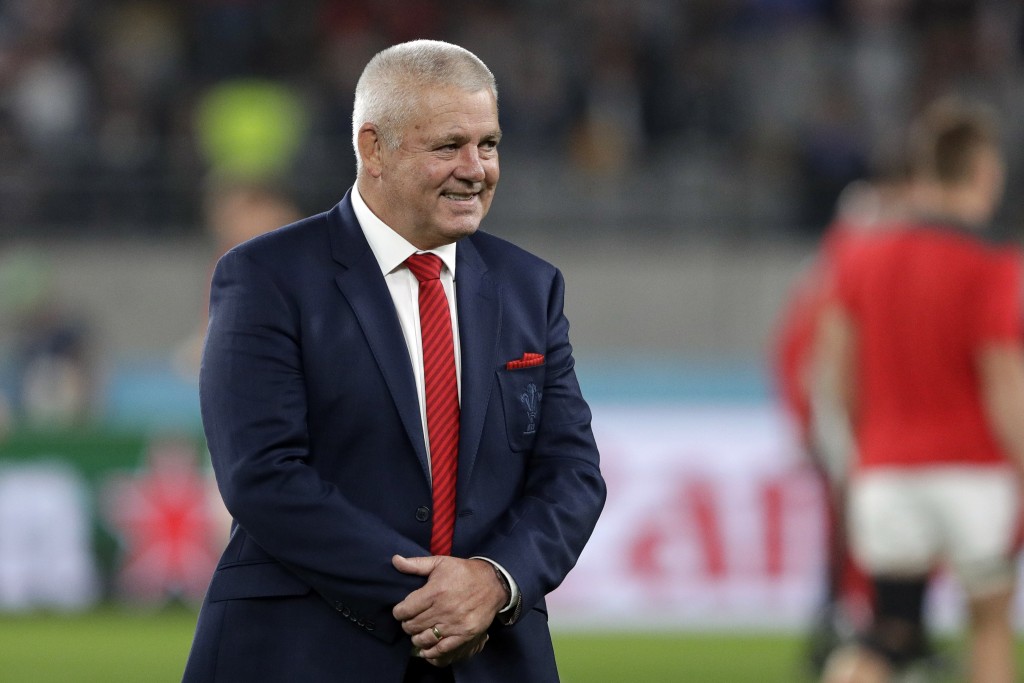 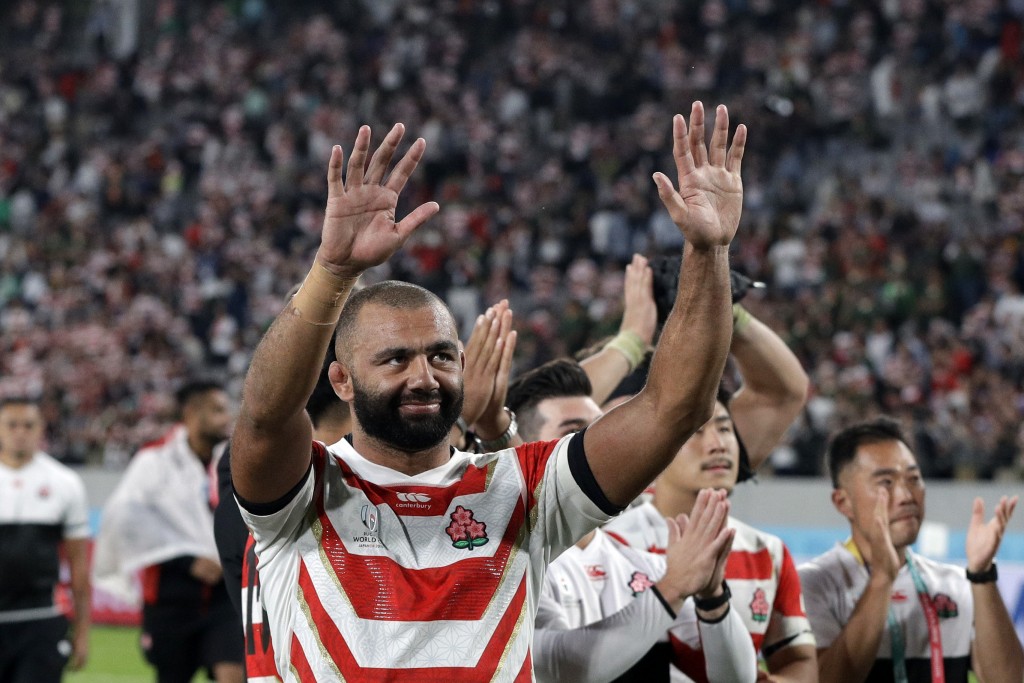 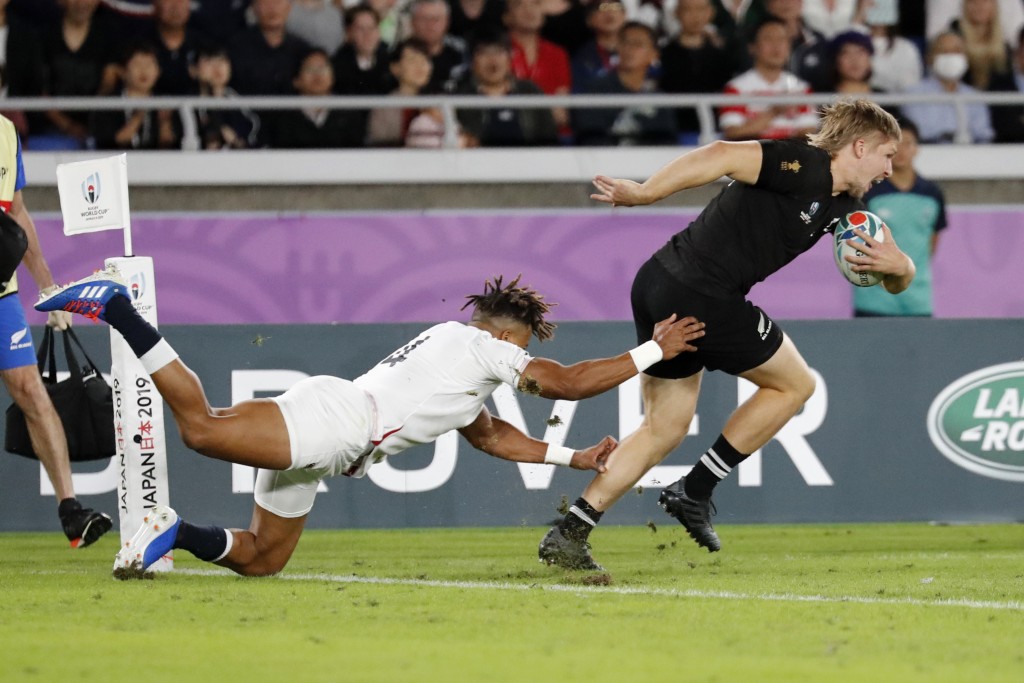 TOKYO (AP) — The best quotes from the Rugby World Cup in Japan:

"We'd consider Ireland a very welcoming country, but Japan takes that to a different level."

"I thought I was going to die with all the pressure."

Japan flyhalf Yu Tamura on the long buildup to their opening night win against Russia.

"Performances over the opening weekend ... were not consistently of the standards set by World Rugby and themselves, but World Rugby is confident of the highest standards of officiating moving forward."

"That his back is getting sore, and his knees."

South Africa flyhalf Elton Jantjies on what he was learning from veteran teammate Frans Steyn.

"From the big island of Russia to the rather smaller island of Samoa, we say thank you very much for the game."

Russia captain Vasily Artemyev magnanimous after their first test against a Pacific Island team, despite two Samoans sent off for tackling his head.

"That's try of the year, eh? Break your leg and score the try. He deserves a medal for that. That is dying for your country, basically."

Senio Toleafoa on fellow Samoa back-rower Afaesetiti Amosa rupturing ligaments in his right knee before scoring a try against Russia.

"It's going to be like 15 Donald Trumps out there."

"I don't know where it comes from. It's inside. It's in there. Today, we had to go there to fetch it, and it came."

"Finally, we'll be freed from the South Africa talk."

"My daughter is always angry when she is watching my games because she thinks the other players are hurting me. She even thinks my teammates are hurting me, and she says she will come to my training and get angry at my team-mates."

"As a rugby player, a former player, I am embarrassed here. They all seem spooked."

"When you've got 18,000 fans screaming at a giraffe running down the midfield, that's not supposed to be there, you panic a little bit."

"I felt it. Cheslin (Kolbe) was sleeping and snoring so I thought it was him. I have never felt anything like that. I was excited but scared at the same time."

New Zealand flanker Ardie Savea on the reaction of teammates to him wearing goggles to protect his failing eyesight.

New Zealand coach Steve Hansen after the Barretts became the first trio of brothers to each score a try in the same match, vs. Canada.

"I apologize for his mustache. What a great character he is, a great person, and an example to any captain in world rugby."

Italy coach Conor O'Shea after prop Andrea Lovotti was sent off for a tip tackle on South Africa's Duane Vermuelen.

Australia prop James Slipper after scoring his first try in his 94th test.

"When I congratulated James and said well done, his reply was, 'You have finally seen the light, have you?' I thought it was brilliant, a great response. I love a bit of banter like that."

"I was thinking, 'What idiot made that decision?' But what do you do? I've aged about 10 years in the last two months, so that's nothing, I'm used to something like that."

Tonga coach Toutai Kefu on his players taking a scrum rather than a penalty kick at the end of their win over the United States. They scored a try.

"If anyone has an A-Z on how to tackle Josua Tuisova, please send me it."

"We always knew there would be risks (with the weather) but it's rare for there to be a typhoon of this size at this stage of the year. We have no regrets."

World Rugby tournament director Alan Gilpin on announcing the unprecedented cancelation of two matches, and eventually a third, because of Typhoon Hagibis.

Italy captain Sergio Parisse after their match against New Zealand was canceled.

"We heard stories about what happened here eight years ago, and to be here for another natural disaster, we felt that we had to come out. It is the least we could do."

Fullback Andrew Coe on some Canada players and staff helping to clean up Kamaishi streets and residents' homes after Typhoon Hagibis.

"I still have to write my last chapter with Italy. A typhoon won't end my adventure with the Azzurri."

Sergio Parisse vows not to quit after 18 years and 142 caps for Italy.

"Everyone who is suffering with the typhoon, this game was all for you guys. Today was more than just a game for us."

Coach Jamie Joseph after his Japan side beat Scotland to reach the quarterfinals for the first time.

"I haven't actually slept. I've been awake the whole time. I was in my bed at 1:30 and have been awake ever since so I'm a little bit slow today."

"I'm not getting rid of the mullet. You can ask this every week but it's not going. There is scientific evidence that shows it makes me faster. It was done at Harvard, I think."

"I completely lost my head. It's indefensible."

France lock Sebastien Vahaamahina on being sent off against Wales in the quarterfinals.

Coach Warren Gatland after his Wales side beat France in the quarterfinals.

"They're all about 7-foot-5. Besides the halfback, everyone else was a giant. They demolished our lineout and scrums at times. What can you do? You can't ask to be bigger."

Japan winger Lomano Lemeki after losing to South Africa in the quarterfinals.

"Things would get a bit heated out on the lawn. It'd be, 'If you don't stop crying in three seconds, you won't be all an All Black.'"

"If I am the shield he must be talking himself up as the sword."

"It's great to room with him, he's clearly got his rugby head on because the other night he was sleep-talking and was calling out lineout moves."

New Zealand flyhalf Beauden Barrett on sharing a room with little brother Scott for the first time in 17 years.

"New Zealand are the god of rugby, so we had to take it to them."

Eddie Jones after England outclassed New Zealand in the semifinals.

"You don't dream about that where I am from."

"Just send my best wishes to Warren and make sure he enjoys the third and fourth playoff."

"We might do a W for Wales. I was just thankful England didn't do some Morris dancing."

Coach Warren Gatland to a query about how Wales will face the haka in the bronze match.

New Zealand hooker Dane Coles at a news conference, talking about an emotional week and year.

"Find a nice quiet place at home, sit down, have a few drinks with (wife) Tash and we will have a few laughs. And salute a few times, and probably get drunk ..."

Departing New Zealand coach Steve Hansen on his plans when he gets home.

"One day you're the best team in the world and the next a team knocks you off."

"We can achieve anything if we work together as one."