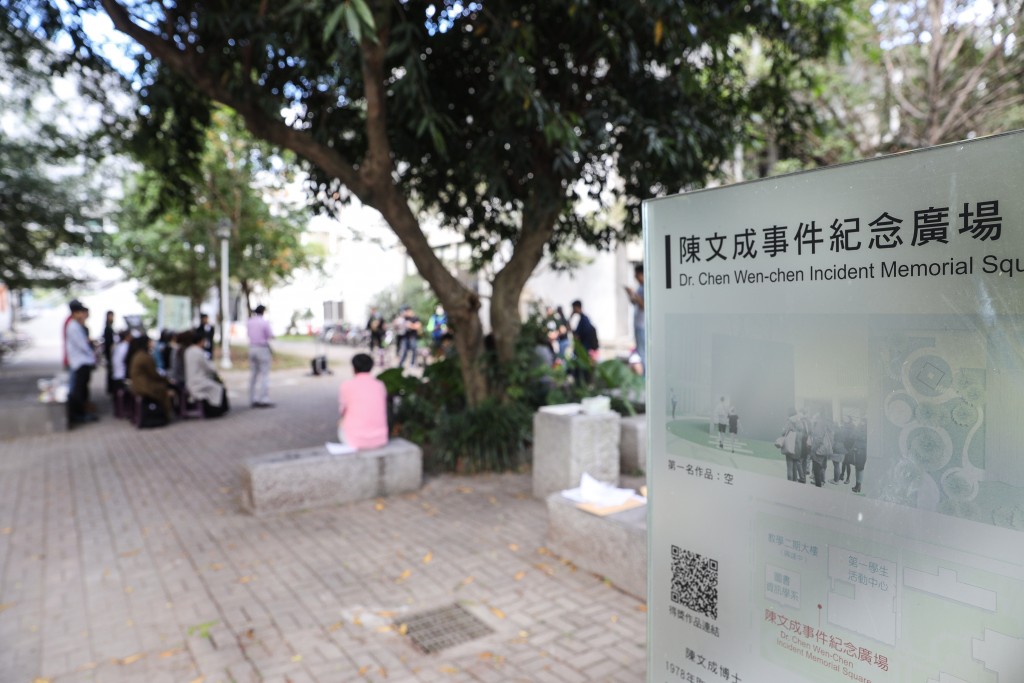 TAIPEI (Taiwan News) — Faculty members and student representatives of National Taiwan University (NTU) are raising money in order to establish a memorial square on campus in honor of deceased professor Chen Wen-chen (陳文成), who is believed to have been murdered almost four decades ago.

Chen’s sister, Chen Pao-yueh (陳寶月), has accused NTU of withdrawing its earlier promise to fund half of the budget for the square, which would cost an estimated NT$12 million (US$390,000). At a press conference attended by alumni, professors, and student representatives on Saturday (Nov. 2), it was announced that a fund-raising campaign would be formed to raise money for the project, which they hope to see completed by next July.

Maysing Yang (楊黃美幸), president of the Dr. Chen Wen-chen Memorial Foundation, said she and Chen’s brother and sister would each provide NT$1 million (US$32,540) but that the project needs small donations. The public’s contribution would make the memorial even more meaningful, she said.

Acquiring his Ph.D. in mathematics in the U.S., where he had also been active in promoting Taiwan’s democratic movement, Chen returned to Taiwan to visit his family in 1981. On July 3, one day after being summoned by the Taiwan Garrison Command, a special force responsible for the prosecution of those suspected of subversion during the martial law era, Chen was found dead outside an NTU library.

The case has never been solved, and the independent Transitional Justice Commission is still trying to declassify the files on Chen’s case kept by the national security authorities. In 2015, the NTU university assembly agreed to plan a memorial to Chen at the site of his death, and construction was scheduled to be completed in 2017.

However, fundraising has been difficult, and the project has come to a standstill, with only a glass shield erected on the site as of now. The NTU has not issued any comments in response to the accusation that it reneged on its promise.

Tu Chun-ching (凃峻清), head of the NTU Student Association, said it is important to have a place on campus where students can be reminded of Taiwan’s past so they can build an alternative future. The freedom and democracy enjoyed by Taiwanese today would not be possible without the sacrifice of others in the past, said Tu, adding that “Our responsibility is to have their stories remembered.”

NTU mathematics professor Chen Jung-kai (陳榮凱) recalled Chen, who was only in his 30s, as a rising star in his area of expertise when he was killed. Only when people are not afraid to remember and reflect upon the past will they move on and see the future, he said.

Chen Tsui-lien (陳翠蓮), an NTU history professor who has been promoting transitional justice for years, said the authoritarian government used to have secret agents or triads kill dissidents, thus silencing others. Chen was one of the more notable victims, he said, adding that the square should remind people that Taiwan’s hard-earned democracy is the result of numerous sacrifices.