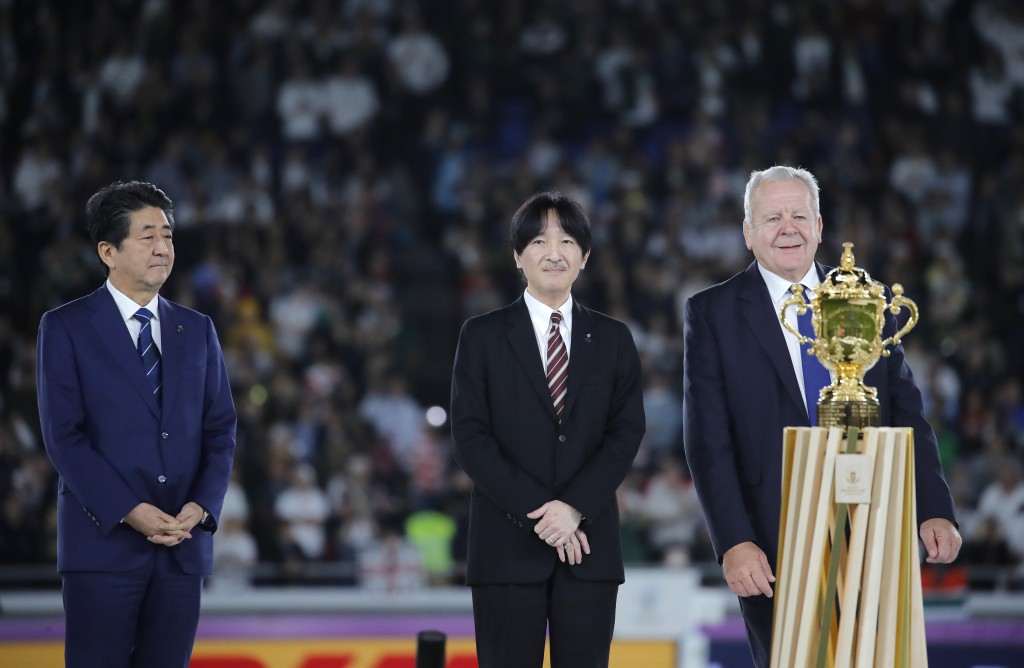 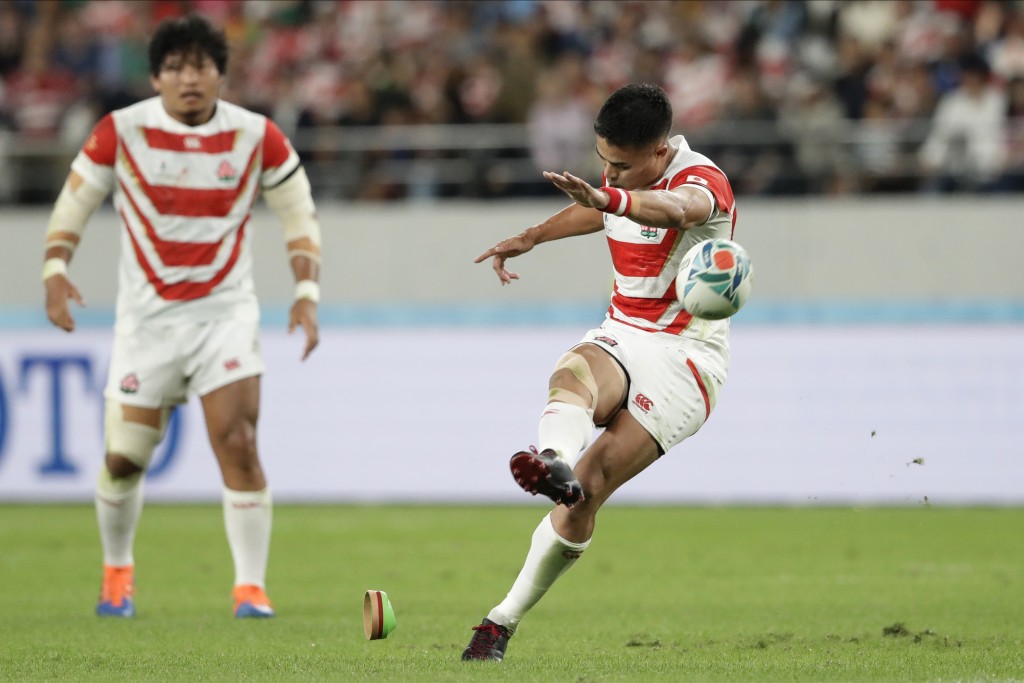 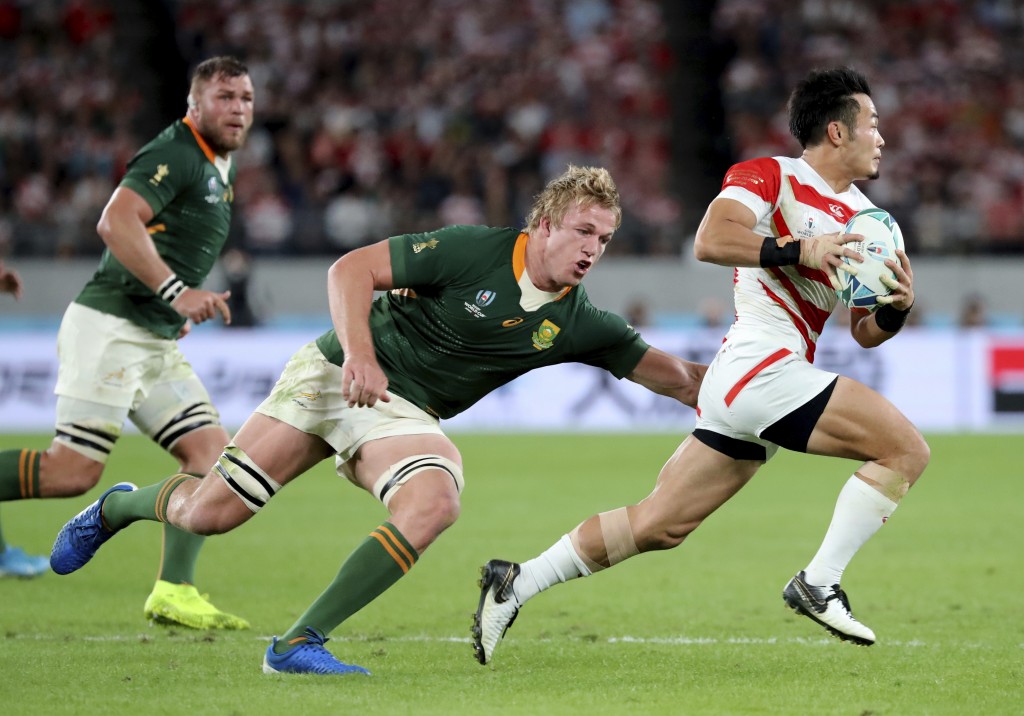 Rugby fever may have swept Japan during the seven weeks it hosted the World Cup but if the success of the tournament is to have a lasting effect around Asia, the rest of the continent is going to need some help.

Over 54 million people, almost half the population of Japan, tuned in to watch the 'Brave Blossoms' — as the national team is known — defeat Scotland to make it through to the knockout stage for the first time in nine attempts. While the first World Cup in Asia enjoyed more exposure around the continent than in the past, more representation at the quadrennial tournament could make a difference.

Asia, home to over four billion people, was the only continent that did not have an automatic 2019 World Cup place at the end of its qualification stage.

For the tournament, which featured 20 teams, Japan booked its place twice over, both as host and through its performance at the 2015 World Cup, which included the 'Miracle of Brighton' victory over South Africa. Despite that Hong Kong, the team that finished Asian qualification in first place, still had to go through a playoff to enter the final repechage stage where it eventually lost out to Canada.

"It was disappointing not to get an automatic spot especially after Japan qualified in England," Dai Rees, the Chief Rugby Operations Officer at Hong Kong Rugby Union told Associated Press. "We had nine wins in qualification but we lost to Canada at the end. In the past, Asian teams at that stage had been thumped but we performed."

Rees understands that World Rugby is keen to ensure that the best teams appear at the World Cup but hopes that when allocations are made for the 2023 World Cup then recent events will make a difference.

"Japan's outstanding performance may turn a few heads in World Rugby when they decide what happens for the 2023 World Cup, time will tell."

Japan is already assured of a place at 2023 as it finished in the top three of its five-team pool. If the rest of Asia had an automatic spot then, according to Rees, it could be a game changer for Hong Kong as well as the continent's other contenders such as South Korea and Malaysia who finished second and third in Asian qualification for the 2019 World Cup.

"It would give these countries hope that it is possible and more desire to make it happen would then have a major knock on effect," said Rees. "It could even engage China to take it to the next level."

For Malaysia, even the possibility of a World Cup spot could bring more investment and interest. "We need to establish a professional or semi-professional league," said AJ Haq, Commercial Manager of the Malaysia Rugby Union. "Players need a career path."

The first World Cup in Asia has helped in the short-term not least because Japan is only one hour ahead of much of Southeast and East Asia. The tournament has made Malaysian news channels and newspapers. In Singapore, there have been live screenings at the Sports Hub Stadium.

"I think this is the first time ever there will be a Rugby World Cup screening which is free for the public," said Douglas Danapal. Singapore Rugby's Head of Communications. "The timing could have made a difference as more places were showing the rugby World Cup this year than 2015."

"Japan at the World Cup shows that results are not immediate and a long term plan is needed for nations to move to the next level."

With more than 99 per cent attendance and 1.84 million tickets sold across the 45 matches — three matches were canceled due to Typhoon Hagibis, World Rugby is keen to build on the sudden boost in the game's popularity outside its traditional heartlands in parts of Europe and the southern hemisphere.

"One of the reasons we came to Asia was to actually leave a legacy, Bill Beaumont, chairman of the governing body said. "What we have to do is carry on working with them so when you come back in two years' time, the people are talking about (Brave) Blossoms and not about baseball."

That may work in Japan but the rest of Asia may need some help.

"We know that Asia is still a small cog in the sport," said Rees. "But this World Cup has given us exposure and Japan has given us inspiration."