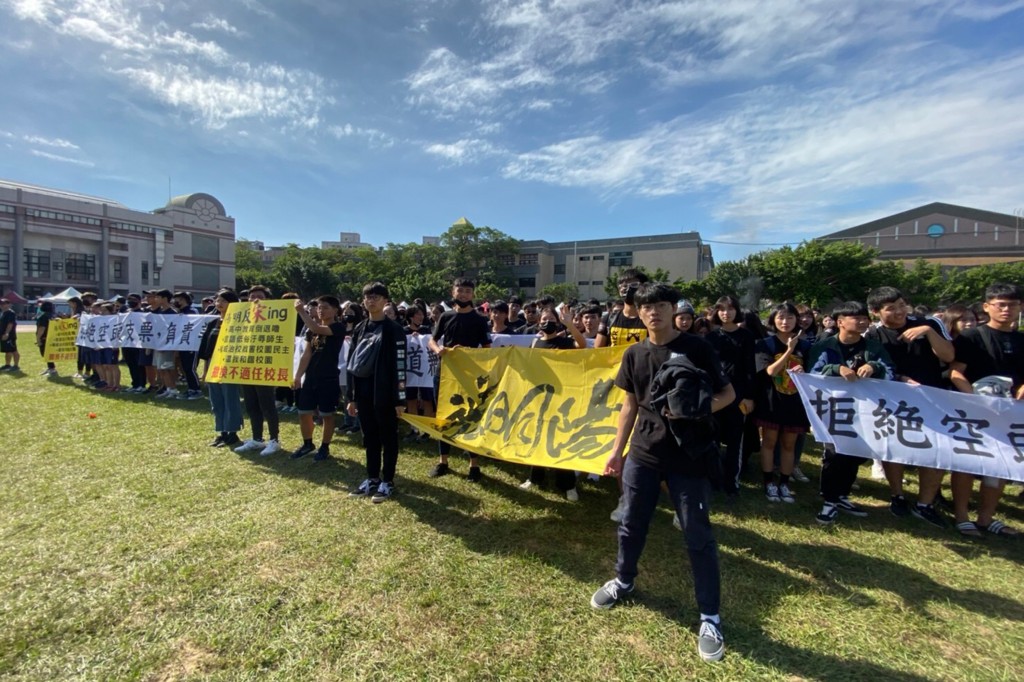 The protesters accused the principal of Taoyuan Municipal Yang Ming Senior High School, Sung Ching-wei (宋慶瑋) of a list of infractions, including behaving in an authoritarian way and misusing school funds, CNA reported.

About 500 students and teachers dressed in black carrying banners and placards appeared at the school Saturday, demanding the replacement of the principal.

While the city government rejected claims of irregularities surrounding Sung’s appointment last year, it said it is looking into the latest allegations and will discuss them at a meeting scheduled for Nov. 12, according to CNA.

A controversial disciplinary measure reportedly initiated by Sung against a teacher has been withdrawn and the case considered closed. In addition, an opinion piece published online by the principal has been taken down even though it had not targeted any particular school or teacher, local education authorities said.