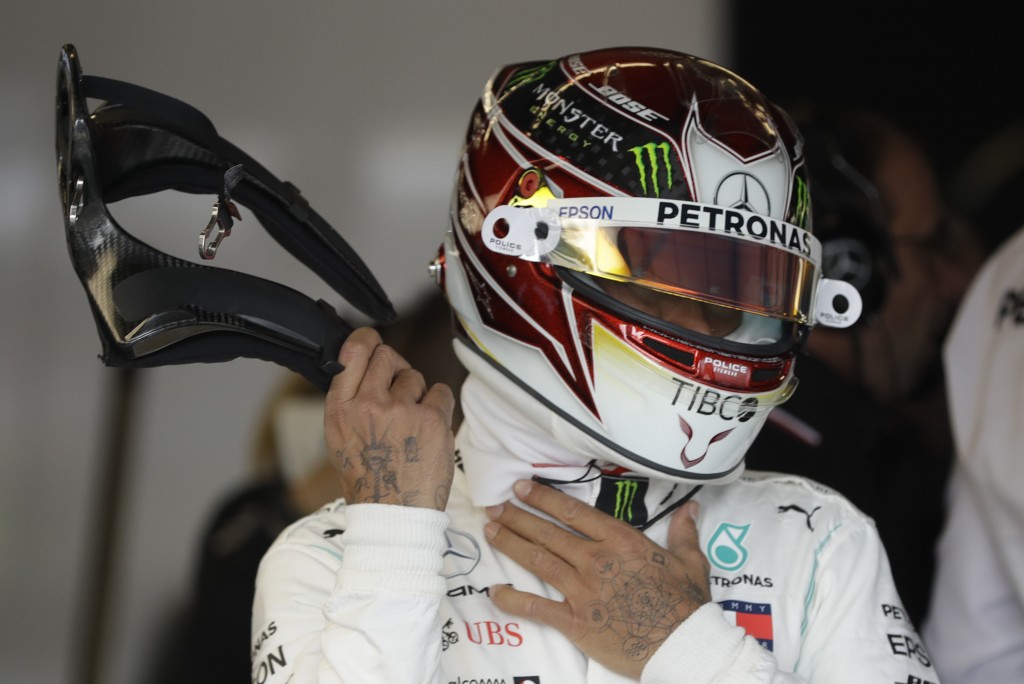 That would be Formula One driver Lewis Hamilton.

Speaking to reporters Frida, the New England Patriots quarterback said Friday he has followed Hamilton's pursuit of a sixth career F1 championship, which Hamilton can clinch Sunday at the U.S. Grand Prix in Austin, Texas. Brady has won six Super Bowls and has the Patriots undefeated so far this season.

Brady said the two are neighbors in New York.

"I think it's tough to stay at the top, and talking to guys that know him and that race against him, he just sees things differently than everyone else. So, I think that's what makes him so exceptional," Brady said. "I think it's a lot like that for football players too, you know, you take people that kind of all do the same thing, but then someone always sees it a different way.

A sixth championship would rank Hamilton second in F1 history, trailing only the seven won by Michael Schumacher.