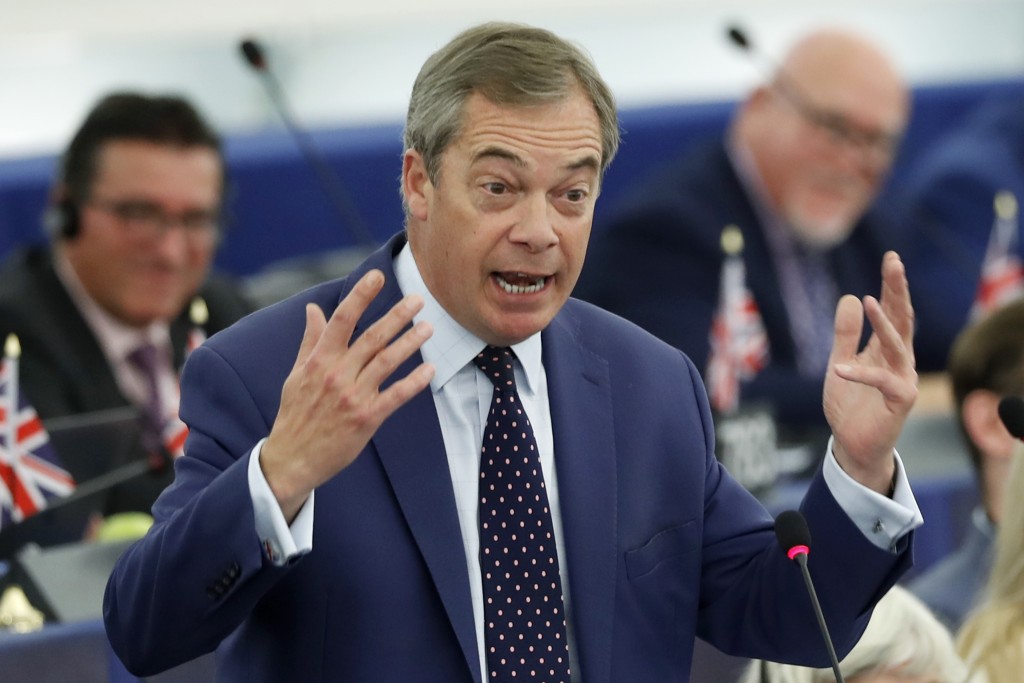 LONDON (AP) — The Latest on Britain's upcoming election and Brexit (all times local):

Denmark's immigration minister says the number of British citizens seeking Danish citizenship has more than tripled compared with 2017, the year after Britain voted to leave the European Union.

Mattias Tesfaye says that, so far in 2019, 489 British citizens have applied to obtain dual nationality. For the whole of 2017, 134 Britons applied.

Tesfaye says he believes "the increase is due to Brexit." The 489 Britons are among a total of 3,566 foreigners who have sought naturalization in Denmark so far this year.

Citizenship applications need approval from parliament, which considers them twice a year.

Farage's Brexit Party rejects Johnson's divorce deal with the European Union and wants to leave the bloc with no agreement on future relations.

Farage, who played a key role in the campaign for Britain to leave the EU, hasn't revealed whether his party will contest all 650 House of Commons seats up for grabs, or pick a few where it has a chance of winning.

Running in a small number of seats would help the Conservatives, who are vying with Farage for the support of Brexit-backing voters.

Farage said Friday there's a need for "some kind of Brexit alliance."