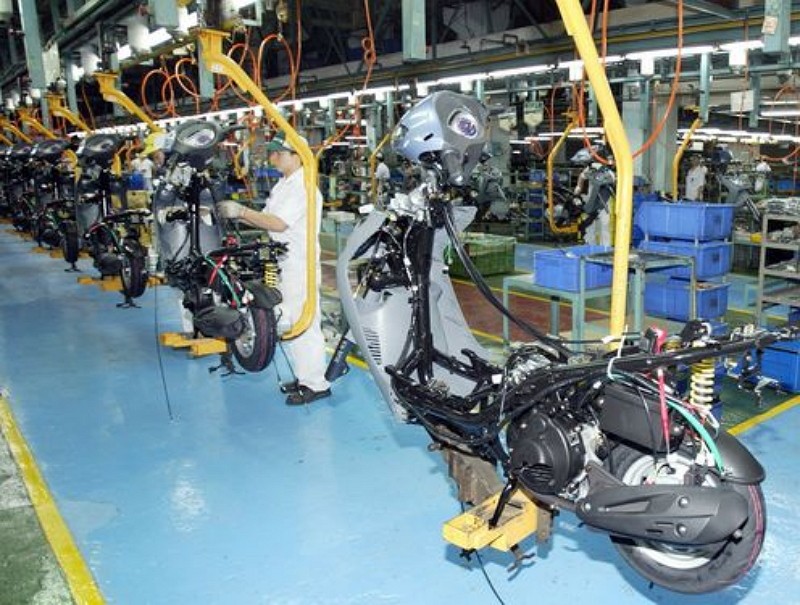 Taiwan's manufacturing activity returned to expansion mode in October, doing so for the first time since April, the Chung-Hua Institution for Economic Research (CIER) said Friday.

Most of the five major factors in the country's Purchasing Managers' Index (PMI), such as new orders and production, moved higher in October, vaulting the entire manufacturing sector into expansion mode, CIER data showed.

The PMI rose 1.1 in October from a month earlier to 51.1, its first expansion since April, when the it stood at 51.7, the data showed.

For the PMI and NMI, readings above 50 indicate expansion or growth, while those below represent contraction.

The sub-index for supplier deliveries fell 0.9 from a month earlier to 47.1 in October, pointing to contraction, CIER added.

CIER President Shikuan Chen (陳思寬) said the improvement in local manufacturing activity was most evident in the food and textile industries due to seasonal factors.

She cited the approaching Christmas and the Lunar New Year shopping season and the 2020 Tokyo Olympics, which she said will boost demand for textile products in particular.

Of the six industries covered by the PMI, the sub-index for the food/textile industries enjoyed the strongest monthly growth in October, rising from 45.2 to 60.3 to return to expansion mode.

The sub-indexes for chemical/biotech, basic raw materials, and electricity/machinery industries also moved up October, but only the chemical/biotech industry showed expansion, CIER said.

CIER economist Chen Hsin-hui (陳馨蕙) said that although the sub-index for new orders rose in October, a CIER survey showed that not many manufacturers saw a significant improvement.

The manufacturing sector remained cautious about the 2020 outlook due to the global economic slowdown, she said

In the service sector, two of the four major factors in the NMI moved up, boosting the entire index in October.

The sub-indexes for employment and supplier deliveries dropped 0.8 and 1.2, respectively, to 55.7 and 49.2 in October, but employment remained in expansion, the CIER data showed.